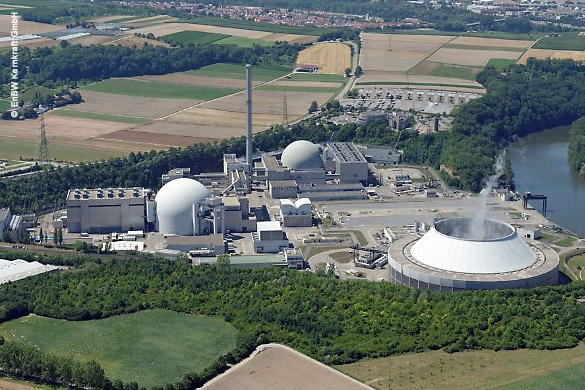 Excerpt: “Russia’s invasion of Ukraine exposes the risks of weakening American energy security,” McMorris Rodgers and Upton write. “These risks extend beyond our oil and gas assets to include supply vulnerabilities in our civilian nuclear sector. This sector is essential for national and energy security and for strengthening the geostrategic relationships necessary to compete with Russia, China, and other adversaries.

A magnitude 7.3 earthquake struck off the east coast of Honshu, Japan, at 11:36 p.m. (local time) yesterday, resulting in significant ground shaking near the epicenter, much structural damage, at least four deaths, and a power outage affecting more than 2 million households, including some 700,000 in Tokyo. (According to Japanese utility Tepco, power was restored to all households by 2:52 a.m. on Thursday.)

Throughout the history of commercial nuclear power plant operations, there have been events that changed the industry. The incidents at Three Mile Island and Fukushima brought about great advancements in how nuclear plants are operated, including additional safety measures and supplemental training on how to prevent such events. Looking forward, the commercial nuclear industry is poised for a similar transformative change: one motivated by financial viability.

July 26, 2021, 7:02AMANS Nuclear Cafe
A Japanese rat snake is fitted with a GPS transmitter that will allow researchers to track its movements. (Photo: Hannah Gerke)

A team of researchers from the University of Georgia have shown that radioactive contamination in the Fukushima Exclusion Zone can be measured through its resident snakes.