Now that the recent events at the nuclear plants at Fukushima are largely behind us and the stabilization is underway, we look to the 25th anniversary of Chernobyl and recognize that comparisons are inevitable.  But it's vital that we keep these events in perspective as we face the challenges of developing our energy resources for our global future.

Today, 25 years after the worst nuclear disaster in history occurred at Chernobyl in the Ukraine, we must examine what happened, why it happened, and why it cannot happen here in the U.S.  It's also important to consider how Fukushima will teach additional lessons about nuclear energy.   Looking back and to the future, it is clear to see that better reactor designs, a strict regulatory process and an industry that embraces safety throughout all aspects of operations are all safeguards in place that create an environment where an accident like Chernobyl is simply not possible. 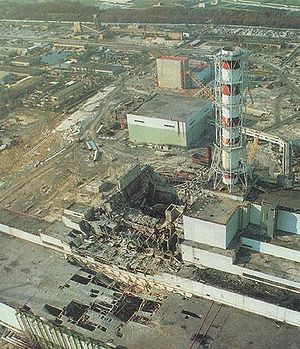 The accident at the Chernobyl 4 nuclear reactor occurred because of a confluence of events resulting in the worst nuclear disaster in history.  The tragedy was a result of a combination of design flaws that made the reactor dangerous to operate and lapses in safety procedures.  The result was an accident which destroyed the reactor in a fatal release of heat, fire and steam in a matter of seconds.

The Chernobyl reactors were a special design using highly enriched uranium in a graphite moderator-and as we learned from studying the event-the accident could only have happened with this type of design.   The reactors were created to produce weapons grade plutonium for the Soviet military forces along with electricity for commercial use.  They were difficult to operate and required constant adjustment to remain stable.  The officer in charge was an electrical engineer who was not a specialist in reactor plants. The sequence of events which caused the accident occurred when operators began an engineering procedure to test the main electrical generator, which was outside of the reactor building.  Delays in starting the test, and management pressure to meet the schedule, resulted in several crucial outcomes that combined to cause the accident. 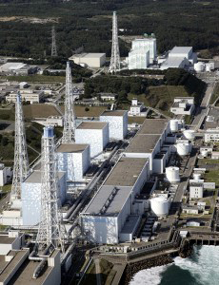 At Fukushima, from what we know at this time, it's also plain that situation arose, not from human error in design or operation, but rather from the most extraordinary and unprecedented natural disaster in human memory-and what's more, it was the tsunami wave, not the earthquake, which occasioned the loss of power and therefore challenged the cooling of the reactors.  In fact, the reactors operated as designed and built - they shut down automatically when the earthquake occurred.

Further, it's absolutely imperative that we recognize that no one died as a result of the incident and that all the safety steps undertaken were well planned and implemented in a transparent manner to avoid panic.  We also know that while the rating of the Fukushima incident, established by the International Atomic Energy Agency, is at the same level as Chernobyl, the rating includes three reactors in Japan, rather than just one.  More importantly, the radiation releases from Fukushima are just one-tenth compared to Chernobyl.

The designs of plants in the United States are such that a Chernobyl type accident simply could not occur; in addition, all plants in the US have been carefully tested seismically so that we may be assured that the American public is protected against a Fukushima type earthquake and tsunami.  And, even more importantly, because of the culture of safety among nuclear scientists and engineers-and indeed, the entire nuclear community-additional scrutiny, study, and, where necessary, modifications will be undertaken for further protection.  The same safety culture led to a similar process occurring after the tragic events of September 11, 2001, when all plants were analyzed for their ability to withstand a terrorist attack and changes were made.

Nuclear scientists world-wide have joined together in a host of professional organizations with a renewed commitment to the highest levels of safety throughout all aspects of the process, and there's no question that safety regulations and culture are now worldwide features of the nuclear industry.  Around the world, safety improvements and best practices are continually monitored, enhanced, and then shared among all nuclear utilities through the World Association of Nuclear Operators (WANO). These factors are fundamental guarantees that insure the safe, reliable delivery of electricity from nuclear reactors.

Today worldwide 16% of all electricity generated comes from nuclear reactors, and China, India, and 30 other countries are committed to building dozens of new nuclear power stations as well, which demonstrates the vitality of the nuclear renaissance.  For our part, as we look to the future we need to think not only about our energy needs, but also about the planet Earth we will pass along to future generations.  Will we continue to rely on fossil fuels and force future generations to endure the consequences of a world suffering from the effects of global warming?  Or will we create a future that includes nuclear energy and a world that benefits as a result of the clean and efficient energy it delivers?

Almost 50 people died in the Chernobyl disaster.  But even as we mourn those who lost their lives that fateful day 25 years ago, we must also acknowledge the important changes the industry has made around the world that ensure the safety of this energy source.  We also know, even at this early stage, that no one died as a result of the incident at Fukushima, and we'll continue to study the events there in order to improve safety and reliability.  We honor the memory of those at Chernobyl and the bravery of those who worked to stabilize the Japanese plants, but we also recognize the important role nuclear energy can play in our future. 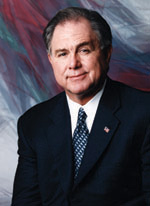 Joe Colvin is the 56th president of the American Nuclear Society. He has been an ANS member since 2001 and has worked to obtain senior nuclear utility expertise on ANS committees and the Board of Directors. Colvin is President Emeritus of the Nuclear Energy Institute, and he serves on the boards of Cameco Corporation, the world's largest uranium company, and US Ecology, a hazardous and radioactive waste disposal company. He also is on the boards of non-profit organizations such as the Foundation for Nuclear Studies, which was set up by NEI to help provide the U.S. House and Senate with information on nuclear technology.

Looking back at 2021—Nuclear News, January through March

After 45 years of producing electricity, the first unit at Russia’s Kursk nuclear power plant has been retired, plant operator Rosenergoatom announced on Monday. Kursk I-1, one of the...

The man held responsible for the Chernobyl accident has died

Viktor Bryukhanov, the man blamed for the Chernobyl disaster, has died at age 85.Bryukhanov was in charge of the Chernobyl plant in Ukraine when the devastating accident occurred in 1986....

A team of scientists from the United Kingdom’s University of Bristol were given access to the Chernobyl nuclear power plant in Ukraine, advancing a project to train robots and artificial...