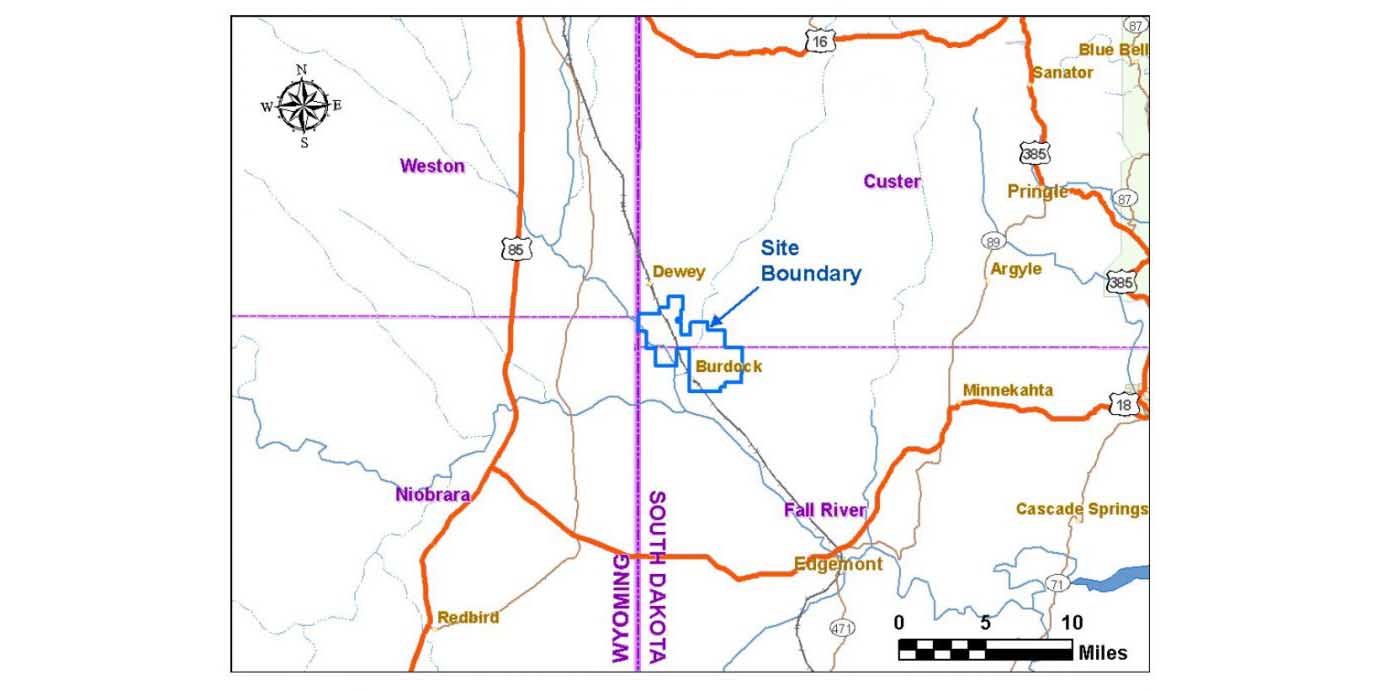 An in situ recovery uranium project located in South Dakota’s Edgemont uranium district, Dewey Burdock comprises 12,613 surface acres and 16,962 net mineral acres. According to enCore’s announcement, the project is forecast to produce 14.3 million pounds of U3O8 over its anticipated 16 years of production, and cash flows are expected to be positive in the second year of production.

A failure to convince: The petitioners, the Oglala Sioux Tribe and Aligning for Responsible Mining argued that the NRC had failed to meet its obligations under the National Environmental Policy Act (NEPA) and the National Historic Preservation Act in reviewing Powertech’s license application for Dewey Burdock. The court, however, concluded that the agency had “adequately complied with the relevant statutory and regulatory requirements.”

Among their many contentions, the petitioners claimed that the NRC’s environmental impact statement failed to contain a NEPA analysis of the disposal proposal, foreseeable impacts, alternatives, or mitigation measures related to byproduct material. “We disagree,” said the court. “In the EIS, the agency thoroughly analyzed solid byproduct material by calculating the total byproduct accumulation of both Powertech’s preferred and alternative disposal methods; explaining the process for temporary storage and transfer to a licensed disposal facility; identifying White Mesa as the presumed disposal facility and ensuring that facility has the capacity to accept Dewey Burdock byproduct material; acknowledging that White Mesa still needed state authorization to accept this material; determining that transportation impacts will be small regardless of which disposal site Powertech uses; explaining the low risks and logistics of transporting byproduct material to White Mesa in accordance with Department of Transportation regulations; and mitigating any potential risk of improper storage by requiring Powertech to acquire and maintain a disposal contract before beginning operations. This analysis more than adequately satisfies NEPA’s ‘hard look’ requirement and undercuts the tribe’s claims that the agency failed to address byproduct material in the EIS.”

In case you missed it: In early January, enCore Energy announced that it had closed on a deal to purchase Azarga Uranium, holder of the Dewey Burdock license. The acquisition, enCore said at the time, “consolidates an industry-leading pipeline of exploration- and development-stage in situ recovery projects, including two production licenses and focused uranium projects in preferred, permittable United States jurisdictions and resources of approximately 90 million pounds of U3O8 estimated in the measured and indicated categories and 9 million pounds of U3O8 estimated in the inferred category.”

The following month, the NRC approved the Dewey Burdock license transfer to Powertech.

The Nuclear Regulatory Commission is requesting public input on environmental issues that the agency should ponder as it reviews Kairos Power’s application for a construction permit to build...

Westinghouse Electric Company plans to expand operations at its Columbia Fuel Fabrication Facility (CFFF), located in Hopkins, S.C., with an investment of $131 million over the next five...

The Nuclear Regulatory Commission has issued for public comment a draft environmental impact statement on NextEra Energy’s application for the subsequent license renewal of its Point Beach...