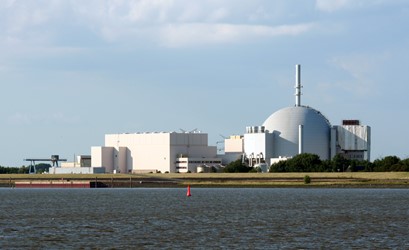 The letter cites a draft government report from this summer predicting that, based on policies in place as of August 2020, Germany will miss its emissions-reduction target of 65 percent by 2030, instead achieving only a 49 percent reduction. “It is very difficult to imagine,” the letter states, “that the measures adopted since then will completely close the gap.”

The plea: “Your country cannot afford such an unnecessary setback at a time when its emissions are already rising sharply again after the pandemic,” the letter continues. “In 2021, they will probably be only 37 percent below the level of 1990 and thus still 3 percentage points above those for 2020 target of a 40 percent reduction (which was effectively missed). The expansion of renewable energies and the construction of north-south transmission lines are also currently being delayed, while the recent steep rise in natural gas prices is favoring the burning of coal.

“You could still reach your climate target for 2030. You could still change course and change your priorities so that the coal phase-out comes before the nuclear phase-out. All that is needed is a climate emergency ordinance with an amendment to the Atomic Energy Act, which puts the extension of the life cycle for the [nuclear] power plants from 2030 to 2036 back into force.”

Background: Only days after the Fukushima Daiichi disaster in March 2011, German chancellor Angela Merkel stunned much of the world by announcing that her government, which previously had supported nuclear power, would be moving to abandon it entirely. Eight units were shut down immediately, and by May of that year, the government had announced a plan to close all remaining nuclear power plants by 2022.

Prior to the Fukushima accident, Germany obtained about one-quarter of its electricity from 17 nuclear power reactors. There are now six units left in operation: EnBW’s Neckarwestheim (a 1,310-MWe pressurized water reactor); E.ON’s Brokdorf (a 1,410-MWe PWR), Grohnde (a 1,360-MWe PWR), and Isar (a 1,410-MWe PWR); and RWE’s Emsland (a 1,335-MWe PWR) and Gundremmingen (a 1,288-MWe boiling water reactor).

Brokdorf, Grohnde, and Gundremmingen are scheduled to close later this year, with Emsland, Isar, and Neckarwestheim to be shuttered in 2022.