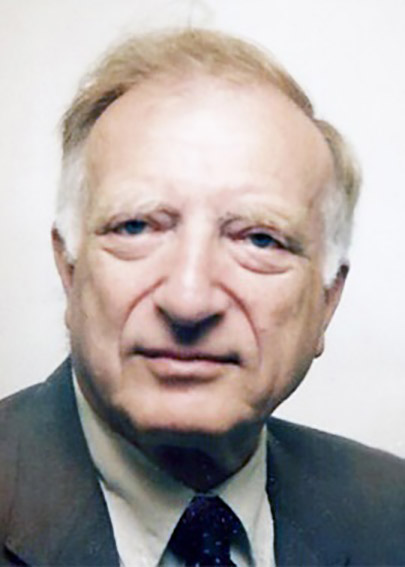 She said it: “Milt was admired by colleagues for his innovative approach to solving complicated problems and for his honesty, integrity, and passion for science,” said Chu, managing director of M.S. Chu & Associates, in New York City. “I was always awestruck by the breadth and depth of his knowledge and his unusual ability of cutting to the chase of complicated issues.”

The man: Levenson was an ANS member for more than 50 years and was elected in 1983 as the Society’s 29th president. He had a long and successful 73 years in the industry, beginning his work experience at Oak Ridge National Laboratory in 1944, mostly focused on nuclear reactor safety and fuel processing.

Levenson served as a research engineer as part of the Manhattan Project at Oak Ridge from 1944 to 1948; during part of that time (1944–1946) he was also in the U.S. Army. In 1948, he moved to Illinois to work at Argonne National Laboratory, from where he retired as associate laboratory director in 1973.

Levenson then moved to the Electric Power Research Institute in Palo Alto, Calif., where he served as the first director of the nuclear power division, a post he held until 1980. From 1981 to 1988, he served as executive consultant to Bechtel Power Corporation and became vice president of Bechtel International in 1984, a position he kept until 1989. In 1990, he began work as a private executive consultant and ended his career as a senior technical advisor to the weapons safety program of the National Nuclear Security Administration.

It was in that capacity that Levenson and Chu crossed paths. Chu said that she first met him in 2002 when she was director of the Department of Energy’s Office of Civilian Radioactive Waste Management. From 2005 until Levenson’s death in 2018 at age 95, they often worked together on various projects as consultants.

The first recipient of the newly renamed award is Kevin R. O’Kula. An official announcement will be made during the 2020 ANS Virtual Winter Meeting, which begins November 16.

The results of the 2022 ANS national election are in. The next vice president/president-elect will be Kenneth Petersen, recently retired from Constellation (formerly Exelon Generation). In...

Commercial nuclear power has accumulated nearly 75 years and 19,000 reactor-years of operating experience around the globe. In that time, nuclear professionals “have developed a proven and...

Meet the new ANS Board members

The original story published earlier this month did not include Amanda Bachmann, the newly elected student director. ANS News sincerely apologizes for the error.Four newly elected and three...

In a July 1 letter to President Biden, ANS President Steven Nesbit and ANS Executive Director/CEO Craig Piercy stated that a full complement of five commissioners is essential to the...

As one of its first duties, the 2021–2022 ANS Board of Directors has appointed three new members. Jessika V. Rojas, John M. Mahoney, and Tracy E. Stover joined four other incoming members on...