It's been reported that the second of China's nuclear giants, China General Nuclear (CGN) has invited bids for the construction of some sort of experimental, twin-reactor nuclear powered vessel.  The tender, which closed Wednesday, was, according to reporting in in the South China Morning Post, for an "experimental nuclear powered vessel" whose dimensions and tonnage are appropriate for a large, ocean going icebreaking vessel.  A similar tender by competitor CNNC requested offers last June.

Polar icebreakers are, of course, not only a very sensible application of nuclear energy on the water; they're also one of the earliest.  The Soviet Union produced the first nuclear icebreaker, the LENIN, at the very end of the 1950's, and experience with this vessel (and the ironing out of many details during several years) led to the construction of today's large fleet of nuclear icebreakers now operated by Russia.  These exceedingly sturdy vessels are used to break shipping routes for remote areas that are ice-bound much of the year - a capability that China, with what appear to be growing imperial aspirations, would very much like to have. 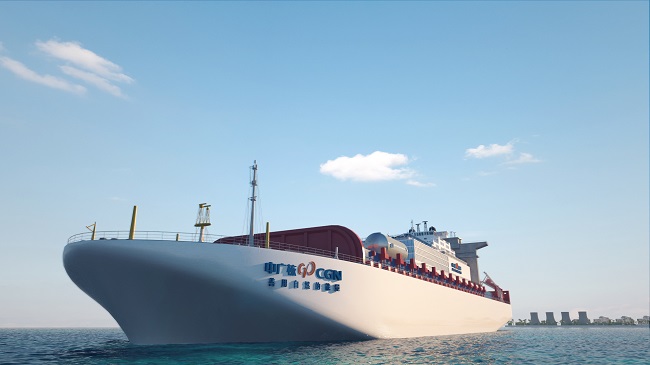 Artist's concept of floating SMR nuclear power plant courtesy CGN Nuclear; these floating plants and the nuclear powered icebreaker projects are expected to use roughly similar reactors. The technologies of "small floating nuclear plants" and nuclear icebreakers are considered complimentary to each other.

The interesting point about the CGN deal is that it does not specify that the ship will in fact be an icebreaker - although the characteristics of the specification don't seem to point up military service, it's possible that it'll be something else.  However, since both companies usually compete for the same fields it's very likely that the project is a competitive polar icebreaker.

The final chapter has been written in the life of the historic floating nuclear plant STURGIS - at least, as a complete vessel.  The US Army Corps of Engineers reported this week that the final piece of the STURGIS, being broken up by commercial scrapper International Shipbreaking Limited in Brownsville, Texas, has been lifted out of the water and onto the dock.  That piece is seen below. 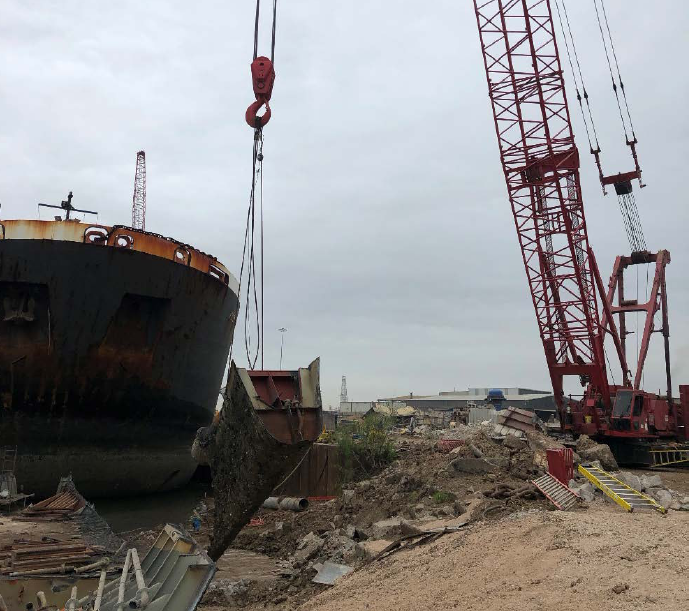 Final chunk of the STURGIS lifted from the water in March, 2019 at ISL, Brownsville. This appears to be the lowermost, aft section of the former STURGIS containing a propeller shaft bearing and the lower hinge point for the ship's rudder. STURGIS was not self propelled when converted to a floating plant but did retain an operational rudder to help steer the ship when moved "dead stick" by tugs. Photo courtesy US Army Corps of Engineers / Baltimore District.

DEACTIVATE INSTEAD OF REFUEL

The US Navy has apparently made a serious budgetary decision to skip the mid-life refueling of the two nuclear reactors on board the aircraft carrier USS HARRY S TRUMAN and instead cease operation of the ship many years earlier than originally planned.  According to reports the Navy will not refuel and overhaul the TRUMAN in 2024 but instead will divert those funds to other uses - possibly, to the construction of two GERALD R FORD class carriers simultaneously.

Analysts are noting however that this decision is not necessarily set in stone at this early date; the decision could be reversed before planning for the overhaul really begins, and funding for the overhaul / refuel could be awarded by action of Congress despite the Navy's budget request.  However, the whole debate really points up that while technology has greatly advanced since the days of the submarine USS NAUTILUS (which was refueled several times) the reduction to just one lifetime refueling accompanied with a major overhaul means a major expenditure on ships at their normal midlife point that might just be too much, given other factors.