Caught in the Leadership Paradox: Insight from Admiral Rickover

Recent scandals at the U.S. Department of Veterans Affairs (VA) and General Motors (GM) have struck a chord with the media and the American people because they represent the worst in bureaucracies-where the lives of individuals seem to get lost in the bureaucratic woods. In the case of the VA, lying about wait times blocked pathways for care and potentially resulted in the early deaths of some veterans. In the case of GM, the bureaucracy put horse blinders on its employees so that they couldn't recognize the safety significance of ignition switch problems linked to at least 13 deaths.

While it is the nature of organizations to have leaders responsible for directing or dictating from the top down, it is also true that accomplishment only occurs through individual action. Thus, the Leadership Paradox is that while a leader is responsible for the actions of the organization, the actions occur from the individual decisions of those who follow. Organizational scandals, then, are usually a result of a leader's failure in responding to the Leadership Paradox.

The Leadership Paradox and Admiral Rickover 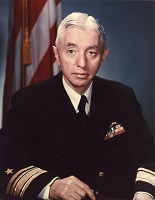 To provide some insight into the current problems at GM and the VA, consider the thought of the greatest military engineer and government bureaucrat in U.S. history: Admiral Hyman George Rickover (1900-1986). Admiral Rickover served more than 60 years of active military duty in the U.S. Navy-longer than anyone in our history. He is known as the Father of the Nuclear Navy, and for 34 years he led the organization that developed the pressurized water reactor technology that propels our nuclear Navy and provides about 14 percent of U.S. electricity (boiling water reactors provide an additional 6 percent, approximately).

Admiral Rickover's approach to the never-ending challenge of the Leadership Paradox was to create an organization made up of professionals. As a leader he then only had to "manage" the standards used in decision-making by the individuals rather than each individual decision. Rickover shaped the culture of his organization, the Naval Nuclear Propulsion Program, by fostering excellence and professionalism.

Professionalism occurs when individuals act in the best interest of those being served according to objective values and ethical norms, even when an action is perceived to not be in the best interest of the individual or their organization. That is, there are times when professionals must sacrifice their own interest (or that of their organization) to meet the objective values and ethical norms of the profession. Professionals, in this sense, are serving something greater than the bureaucratic organization that employs them.

If Admiral Rickover had a mantra to shape a professional culture, it would have been, "I am personally responsible." As a leader, Rickover felt personally responsible for every aspect of his organization, and he instilled this value in everyone working in the organization. In 1961 during Congressional testimony he put it this way: "Responsibility is a unique concept; it may only reside and inhere in a single individual. You may share it with others, but your portion is not diminished. You may delegate it, but it is still with you. You may disclaim it, but you cannot divest yourself of it. Even if you do not recognize it or admit its presence, you cannot escape it. If responsibility is rightfully yours, no evasion, ignorance, or passing the blame can shift the burden to someone else. Unless you can point your finger at the man who is responsible when something goes wrong, then you have never had anyone really responsible." 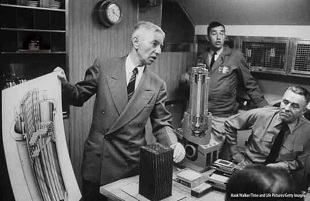 For everyone in the organization to feel personally responsible, a leader has to act personally responsible. Actions really do speak louder than words.  For Rickover, this meant sometimes getting into the details, because he recognized the truism that the devil is always in the details. His mechanism for keeping an eye on the details was through communications from the bottom up that were called "the pinks." The pinks referred to the pink carbon copy version of letters that he required people, throughout his organization, to write weekly about problems in their areas of responsibility. These pinks provided Rickover a pulse of his organization's health and were a way to bypass bureaucratic structure to communicate problems. If he thought a problem was significant, he would hold those responsible accountable on Monday.

Personalizing safety and facing the facts

Other ways Rickover fostered professionalism was to personalize safety and to promote facing the facts to avoid "hoping for the best" when evidence suggested the contrary was a possibility. To personalize safety, Rickover was well known for ending technical debates with anecdotes to support the more conservative decision. One famous story is from a meeting discussing the technical merits of sealing the reactor head to the pressure vessel with a gasket/bolt design, versus using a more conservative design that used both a gasket/bolt and a weld. When the team initially recommended the gasket/bolt design, Rickover made his point about conservatism in design by asking the technical team to consider the question: "What would you do if your son was a sailor on this ship?" Thinking about safety in these personal terms highlighted the interests of those being served (the sailors) over the interests of the organization (to minimize cost), and led the team to change their recommendation to the more conservative design.

To help his organization face the facts, Rickover encouraged open debates that were void of any sense of organizational status. He once put it this way: "Free discussion requires an atmosphere unembarrassed by any suggestion of authority or even respect. If a subordinate always agrees with his superior he is a useless part of the organization."

In our highly civilized society, bureaucratic organizations are absolutely critical to the delivery of goods and services that make life possible. GM and the VA both provide an important service to the United States. But when the purpose of an organization becomes the self-interest of the organization, professionalism within the organization is compromised and decisions are no longer made in the best interest of those being served. Like Admiral Rickover before, the leaders of bureaucracies like GM and the VA must recognize that the best response to the Leadership Paradox is to promote true professionalism among the individuals working within their organizations. For good or for bad, it is individuals who make things happen.

Paul E. Cantonwine is a practicing engineer and editor/compiler of The Never-Ending Challenge of Engineering: Admiral H.G. Rickover in His Own Words (ANS 2014). The book is highly recommended for everyone interested in engineering, effective leadership, and nuclear history and is available at the ANS Store.