Eric Loewen, president of the American Nuclear Society, kept up his rapid pace last week as he visited the ANS local section in Aiken, S.C., on February 15, and the one in Charlotte, N.C., on February 16. Loewen, as the featured speaker at the meetings of the two sections, presented his personal talk titled "Plutonium: Promise or Peril".

During the morning on the 15th, Loewen toured the MOX Fuel Fabrication Facility on the Savannah River Site, in South Carolina. The facility,which is being built by the Department of Energy's National Nuclear Security Administration, will convert surplus nuclear weapon-grade plutonium into reactor fuel for use in commercial nuclear power plants starting in 2016. Under a 2000 agreement, the United States and Russia will dispose of 68 metric tons of surplus plutonium, enough material for many thousands of nuclear weapons (see Shaw Areva MOX Services for more info). 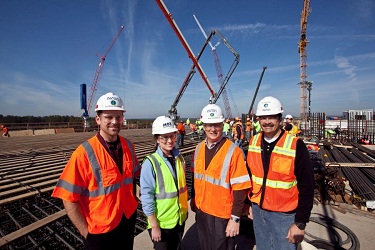 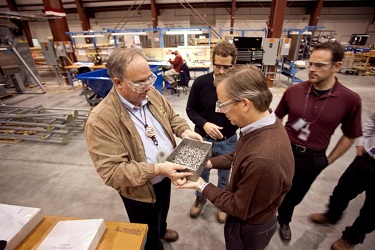 The dinner meeting that featured Loewen on the 15th was attended by about 160 people. The dinner was hosted by Citizens for Nuclear Technology Awareness, in cooperation with ANS. "Dr. Loewen's presentation was very well received by all in attendance," said Amanda Bryson, chair of the Savannah River ANS local section. "The event brought together professionals at all stages of their careers from all over the Central Savannah River Area, representing many facets of the nuclear industry in the area. This was one of the best-attended events for ANS-Savannah River in the past year, and provided the opportunity for lively and thought-provoking interaction among our membership and the membership of Citizens for Nuclear Technology Awareness. It was a pleasure and a privilege to have Dr. Loewen visit."

"Dr. Loewen had over 100 attentive local section members as an audience," said Thomas Doering, chair of the Piedmont-Carolinas ANS local section, regarding Loewen's talk in Charlotte on the 16th. "The Peidmont-Carolinas section historically has drawn nearly 100 local members for over two years; the greater Charlotte area is considered the energy capital of the nation. Dr. Loewen's talk focused on the misconceptions of plutonium and how other energy sources suffered from a similar beginning."

When asked about his trip, Loewen said, "I'm just so impressed with the vibrancy and vitality of these sections. They really are greater than the sum of their parts, and their parts are pretty great." 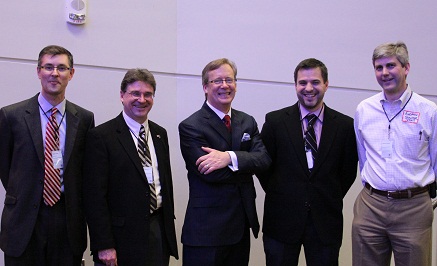