The Tennessee Valley Authority wants to build a new nuclear plant at its Bellefonte site in Alabama. Given last month's positive board meeting, it's a foregone conclusion that the Bellefonte plant will be resurrected from its living death as a parts plant for other TVA projects. 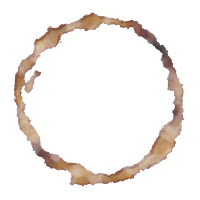 There's a problem, highlighted in the post-meeting presser, that's thrown a hot cup of coffee in the face of project proponents: TVA has a debt ceiling.

If TVA issues debt instruments (usually in the form of bonds) to pay for Bellefonte, it will bump up against its $30-billion debt limit, imposed by Congress in 50-year-old legislation. TVA currently carries about $24 billion in debt. The Bellefonte project will cost almost $5 billion. You do the math.

TVA can run hat-in-hand to Congress. Both of Tennessee's senators are supportive. Given last month's debt debates, though, the utility/agency is understandably reluctant to call attention to itself.

Sale-leaseback strategies are actually quite common. A property owner needs capital. She has an asset, say a combustion turbine generating plant. She has a heavy debt load already, and doesn't want to increase it. Instead, she raises capital by selling the plant to another investor. Of course, the investor isn't really interested in operating a power plant. So, the former owner leases back

the plant and continues operations all while reaping the benefit of new infusions of cash. It lowers financing costs for the operator, and gives the investor a tidy tax break. It's a common practice in the utility industry.

It's also a nice dodge, because what could be a debt isn't reported as debt. Debt crisis averted, our power plant owner can move forward with operations and use the new cash for development.

Should TVA really swap a nuclear plant like a baseball card?

TVA is no stranger to the sale-leaseback. It's been a clever way to leverage mounting costs. Starting in 2000, it began to use a similar strategy ("lease-leaseback") strategy to refinance 24 power plants. Those l 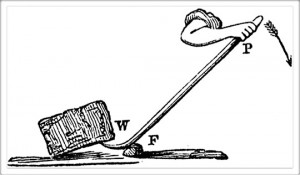 easeback arrangements accounted for more than 90 percent of TVA's alternative financing between 2000 and 2003. If these deals are any guide to the Watts Bar/Bellefonte swap, the arrangement will look something like this:

TVA argues correctly that this kind of a sale-leaseback agreement is common in the utility industry.  But TVA seems to forget its unique place in that industry. TVA is an independent federal agency. It's free from the rigors of competition. Its debts are protected by Congressional fiat and the Federal Financing Bank 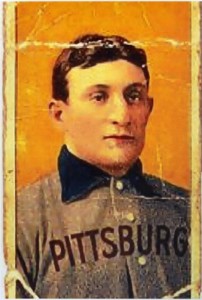 Here's the real question: Why would TVA trade its nuclear inventory like a Honus Wagner baseball card?

Kim Greene, the TVA Group president, was a little less diplomatic.  She said that TVA is just reluctant to ask for money from Congress after the bruising deficit debate last summer. "It just doesn't seem like a good time politically for this discussion in Washington, D.C.," she said.

Tennessee's senators give guarded support to TVA's proposed financing scheme. Lamar Alexander (R.) argues that a debt increase allows the utility the flexibility it needs to cope with increased power demand, while his compatriot Bob Corker (R.) claims that TVA should be more concerned about the loss of coal-fired generation and related jobs in the Tennessee River Valley. It's clear that TVA will have its Congressional delegation well behind any bid to raise its debt limit.

If Congressional support is available, TVA should face its demons and raise its debt ceiling. Sale-leaseback financing is an interesting gambit for a traditional utility, and works most of the time. But for TVA, it's simply an effort to postpone a debt fight that's inevitable.

Tamar Cerafici is a cloud-based environmental lawyer who consults with clients on nuclear energy, project finance, and sustainable development. She hopes that the Honus Wagner reference will subtly announce her office's move from Maryland to Pittsburgh, Pa.

The Nuclear Regulatory Commission has granted Dominion Energy’s request for an increase in the generating capacity of Millstone-3. The Richmond, Va.–based utility had applied for the power...

The Senate Energy and Natural Resources Committee yesterday held a hearing to examine the latest developments in the U.S. nuclear energy sector, with a focus on ways to maintain and expand the...