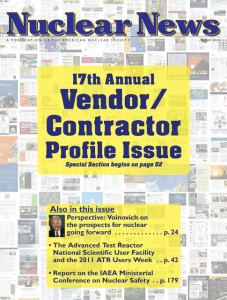 In addition, the August issue contains the following feature articles:

This post first appeared on the ANS Nuclear Cafe.