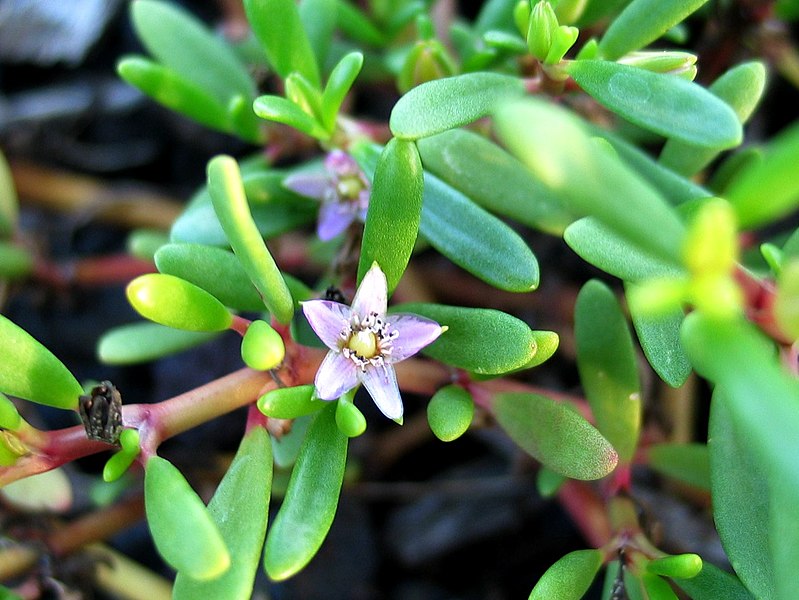 The authors of a study that was recently published in Advances in Agriculture have recommended that the plant Sesuvium portulacastrum, commonly known as sea purslane, “be cultivated in [cesium]-contaminated soils and near nuclear power plants for phytoremediation.” The researchers found that S. portulacastrum is a “hyper-accumulator” of radioactive cesium isotopes, which are byproducts of nuclear fission reactions in nuclear reactors. The study results suggested that these plants could efficiently remove the toxic metallic chemicals from contaminated soil around nuclear facilities.

Suggestion to nuclear unclear: The authors of the article, titled “Physiological Responses and Tolerance of Halophyte Sesuvium portulacastrum L. to Cesium,” did not clarify exactly which nuclear power facilities would benefit from their phytoremediation recommendation. Perhaps they meant nuclear power plants that have experienced accidents in which Cs-137 has escaped into the outside environment, because the soil surrounding normally functioning nuclear facilities does not contain significant amounts of cesium. Nevertheless, News-Medical.Net quotes K. C. Jisha, assistant professor of plant science at MES Asmabi College in India who was not affiliated with the study, as saying, “The outcome of the present research should encourage authorities to cultivate S. portulacastrum around all nuclear installations and in contaminated soils.”

Study purpose: The study was conducted by four researchers in India, with the first author being Ganesh C. Nikalje of the Department of Botany at the University of Mumbai and the Nuclear Agriculture and Biotechnology Division at the Bhabha Atomic Research Centre. They set out to assess the potential of S. portulacastrum to tolerate and accumulate cesium. This plant is a sprawling, salt-tolerant succulent that naturally grows along sandy coastlines in many parts of the world. It has previously been known to be useful in phytoremediation efforts involving other metals, such as cadmium, arsenic, lead, nickel, and copper. The researchers were interested in studying cesium phytoremediation because of this chemical’s toxicity to ecosystems and human life.

Conclusions: The researchers wrote, “The higher accumulation of Cs in aerial plant parts and less alteration in growth revealed the potential of Sesuvium as a suitable candidate for the phytoremediation of Cs-contaminated soil. The efficient antioxidant enzyme system and maintenance of growth are the key components of Cs tolerance in Sesuvium. It is recommended that S. portulacastrum can be cultivated in Cs-contaminated soils and near nuclear power plants for phytoremediation.”

The authors called for further studies to better understand the molecular mechanisms of the plants’ cesium tolerance, which they suspect may be dependent on certain microbes associated with the plants. They also called for field experiments to verify the cesium phytoremediation abilities of S. portulacastrum.

Columns filled with cesium have been removed at the Savannah River Site in a demonstration project designed to accelerate removal of radioactive salt waste from underground tanks.“On the...

The latest season of Amazon’s detective series Bosch premiered recently on its streaming service, Prime. The season opens with the murder of a medical physicist and the theft of radioactive...