Schematic diagram of ARE. (Image: ORNL)

ARE was designed and built between 1951 and 1954. On November 3, 1954, the reactor reached criticality, operating for only a short time until November 12. Prior to the formation of the aircraft reactor program, the U.S. Army had studied the concept of powering aircraft with nuclear reactors. The potential benefits of a long-range nuclear fuel source would have been extremely supportive of military strategy and operations.

Housing: ARE was housed in a simple building at ORNL. The reactor and heat removal systems were located in the building’s basement, which measured 80 feet by 100 feet. The main floor contained the control room, instrument shop, three offices, bathrooms, and a locker room, with the rest of the main floor open to the basement. For the safety of operators, the control room was maintained at higher pressure than the rest of the building.

The experimental reactor utilized a sodium metal coolant with a liquid tetrafluoride fuel. The maximum power output of the reactor was 2.5 MW. The relatively small reactor measured roughly 36 inches tall with a diameter of about 33 inches. Reactor cooling was accomplished using both the sodium coolant loop and the liquid uranium tetrafluoride fuel loop. Both the cooling loop and the fuel loop were individually cooled by heat exchangers passing heat to helium cooling loops and ultimately to a cooling water source. In addition, the sodium cooling loop and the fuel loop contained heaters that were operated during reactor startup to bring the fuel beyond its melting point.

Cooling: Sodium coolant, chosen because it offered the benefit of a small absorption cross section that supported necessary thermal neutron energies, flowed between the fuel tubes and moderator blocks. Coolant pumped by centrifugal pumps flowed over the core at a rate of nearly 150 gallons per minute at a low pressure of 50 psi. Due to the low vapor characteristics of the molten salt coolant, the reactor was able to operate at higher temperatures while maintaining low pressure throughout the cooling system.

The control rod system contained one regulating rod and three electromagnetically controlled shim rods. The shim rods contained boron carbide used to manipulate reactivity and would fall into their scram position if there was a power failure. Several experiments were carried out to see how the reactor performed during various transient conditions, which included various configurations of the shim rods.

An off-gas system enabled radioactive fission products to be gathered and removed from both the fuel and sodium systems. Radioactive fission gases discharged into tanks where both xenon and krypton were allowed to decay. During reactor operation, ARE had an off-gas leak that was never found, forcing operators to use gas masks to prevent the inhalation of radioactive particulates.

Results: ARE helped identify structural materials that could be used with molten salt coolant and fuels. The structural material selected had to be resistant to oxidation and structurally stable and have the ability to be welded. The alloy Inconel was chosen because its high nickel and chromium content allowed it to maintain structural integrity while demonstrating resistance to corrosion, and its commercial availability made it a superior choice. At the time, there was substantial commercial experience with both fabrication and construction using Inconel.

Although ARE never provided means to power military aircraft, it nonetheless made significant contributions to the nuclear industry. The reactor proved that a power-­dense, high-temperature, low-pressure sodium reactor could operate at a strong negative temperature coefficient. ARE also proved that a low-power reactor could provide a useful source of power. One of the final tests studied the buildup of xenon after running the reactor for 25 hours at a power level slightly above 2 MW.

One of the most surprising lessons learned from ARE was the importance of design engineers, procurement, suppliers, construction personnel, and operating engineers to ensure the reactor was designed, built, and operated safely. These lessons continue to be implemented today as we build the next generation of nuclear reactors. 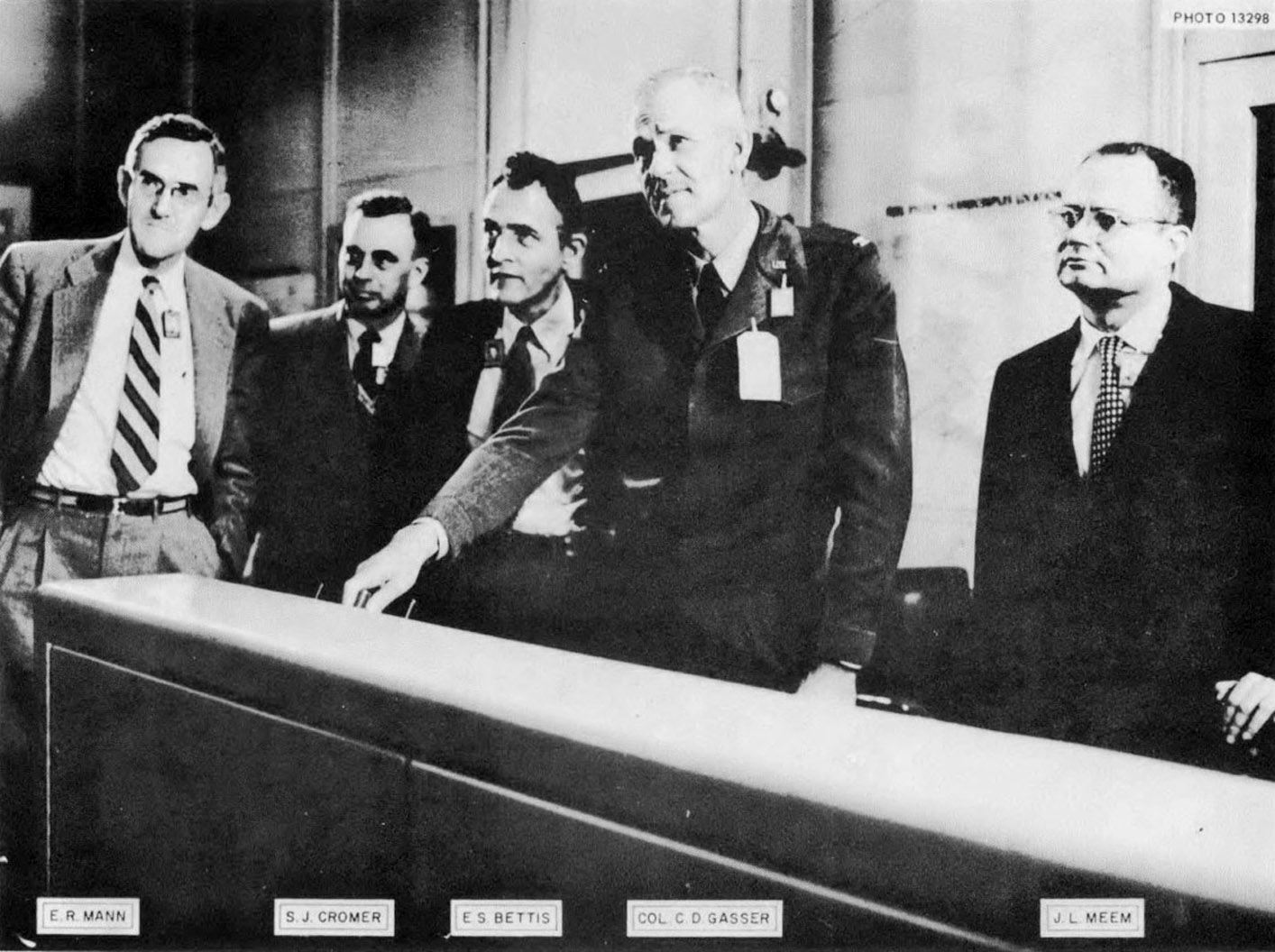 After it was proven that the reactor could produce useful power, it was scrammed by Colonel Clyde D. Gasser on November 12, 1954, at 8:04 p.m. To ward off the effects of residual heat, the sodium cooling loop and fuel loop were both kept in circulation until the following morning. After the sodium coolant and the liquid fuel were allowed to cool sufficiently, the coolant and fuel were dumped into their respective dump tanks. Lead shields were implemented to protect workers from radiation originating from the fuel system. Fuel samples were sent to be analyzed, and in 1955, the fuel systems were dismantled for long-term storage. Various components and systems were subsequently reviewed for wear and radiation damage. In the end, ARE proved that a sodium-cooled, liquid fuel reactor could operate safely while providing a useful source of power.

Jeremy Hampshire is an ANS member whose avocation is writing about nuclear science and technology’s history. His experience includes time as a lead nuclear quality assurance auditor and a senior nuclear technical advisor.