With the earthquake unleashing an amount of energy equivalent to that required to run the city of Los Angeles for an entire year, areas far from the epicenter were affected.  Coastlines dropped, soil was pulverized by liquefaction, causing extensive damage to buildings, roads, and other structures.  Hundreds of thousands of people ducked and covered to escape falling ceiling tiles, collapsing bookshelves, light fixtures, and other furnishings.  Power plants automatically tripped and went off line.  Oil refineries caught fire. But the earthquake was just the beginning.

Soon after, tsunami waves reportedly as high as 45 meters hit 670 km of coastline, pushing the crushing wall of water inland as much as 10 kilometers, destroying villages, roads, bridges, boats and more. Many citizens evacuated the coastlines when the tsunami warnings were issued, but thousands were still caught in the powerful surge and lost their lives. The deathtoll mounted, and in the end the event took the lives of over 15,000 people, with over 340,000 more were estimated to have been displaced from their homes.

Following the earthquake and tsunami, severe disruptions in train service due to earthquake damage stranded tens of thousands of people who had no other way to get to their destinations. Track damage, collapse of stations and even trains getting swept away by the tsunami all hindered the restoration of service, which continued to be impacted for days following the event.

Utility services, including electricity and telecommunications, suffered in the hours, days and months following the earthquake and tsunami. Offline power plants and large surges in wireless network use resulted in major disruptions to these services. Efforts to restore them were hindered by the magnitude of damage and the breadth of the affected area.

By now, you may realize that this is the story of the earthquake and tsunami that hit the nation of Japan in 2011. The Japanese people continue to work heroically to repair and recover, and we should support them in any way we can.

You may also recall that there were three nuclear reactors that were damaged in this event.  Fear of exposure to radiation released from the damaged plants led to a hasty evacuation that resulted in the deaths of over 1500 people. We now know that less drastic and disruptive protective measures should have been used[1].  This dislocation of tens of thousands of people, with the associated death toll and the extended delay in allowing residents to return home was a devastating additional disaster that need not have happened.

Because, as it happens, even though these 30+ year-old nuclear power reactors were shut down by the earthquake, overwhelmed by the tsunami that followed, lost all their backup power, melted down over the next three days and were further damaged by hydrogen explosions, the death toll due to radiation was at most one.  On this, the eighth anniversary of these disasters, let's remember what proved dangerous, and what didn't. 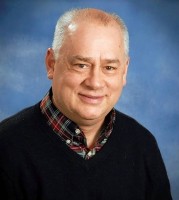 Alan Medsker is a telecommunications engineer by day and serves on staff for his four cats full time. He blogs about energy, climate, and nuclear technology at 4thgeneration.energy.  Informed by his Episcopal faith, he is passionate about solving the world climate crisis while providing clean, plentiful, affordable energy to all, to help ensure that no one lives in poverty.  Alan is an enthusiastic advocate for nuclear energy and works much of his free time to improve its political and public acceptance.  Follow Alan on Twitter at @amedsker.