Scaremonger Week in the mainstream media

An unusual number of unusually ill-founded nuclear headlines appeared in the mainstream media last week. Among the more prominent:

Take a click and come back-if you are not so unnerved as to immediately take to the hills in a vain attempt to escape.

Well, perhaps you are not an online subscriber to RT. Mainstream media? Sure.  RT is the 2nd-most-watched foreign news channel in the United States, with 1 billion views on YouTube (more than Fox News). The article above has 23,000 Facebook 'likes'. Articles such as this are linked all over the internet, diaries are written about them at political blogs, journalists become aware of them, social media spreads them to all corners...

ANS Nuclear Cafe readers will be familiar with Howard Shaffer's contributions in promoting the benefits of nuclear technology and energy in Vermont. On the Social Media listserv hosted by ANS, he responded to the RT article by writing:

"This article is a wonderful piece of writing. It is a good example of the class of 'Overblown SCARE STORY' to promote a political agenda. It is not even good science fiction. Science fiction gets the basic science right. This article deals with the here and now, known science.

The writer does not understand the basic physics and engineering of nuclear chain reactions. Since the first controlled chain reaction in 1942, scientists, designers, builders, fuel processors, and operators have all known of the possibility of an unintended critical reaction. Every effort is always made at every step to prevent this. Still, human beings have made mistakes and there have been a few unintended criticalities.

The statement that the tiniest mistake in moving fuel BUNDLES (not rods) can cause a reaction is wrong. The entire process, beginning with manufacture, has been designed to prevent just this.

Pools were designed for storage for at least 5 years in the United States. Long enough so the fuel BUNDLES need only air cooling, as is being done now in dry casks. They can and are holding fuel much longer.

The discussion of the work conditions in protective suits degrading technician performance is silly. Cooled suits have been used for years.

At the end the writer refers to "reactor 4." In unit 4, the reactor vessel-the "tea pot"-is empty. All the fuel had been removed to the unit 4 pool. It was of the most concern since the fuel just out of the reactor generates the most heat. Now that 3 years have passed, the heat generation is way down. It will probably be almost 5 years after the fuel was removed from the reactor before it is taken out of the fuel pool. At that point it needs only air cooling. Water is still needed for shielding.

The concern about fires at abandoned plants is silly too. After the 5 years or less of cooling, the plants can be walked away from, and the fuel will not be creating enough heat to cause melting and fires.

The writer has a good career- in fiction-ahead." 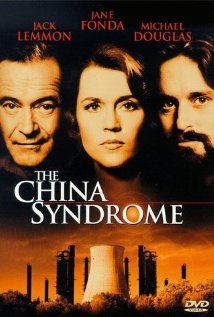