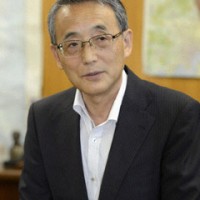 Authority (NRA)-began operating in Japan on September 19, but its future is already clouded by controversy. Approval of the five members of the NRA's governing commission was not obtained by the central government of the Diet, the Japanese parliament. The NRA's chairman, Shunichi Tanka, has placed it on the tracks in the face of an oncoming locomotive.

Tanka said that none of Japan's shut down nuclear reactors would restart until the NRA issued its own set of safety rules and applied them to restart decisions, a process that could take up to a year or longer.

Two weeks ago, Japan's cabinet backed down from a decision by Prime Minister Yoshiko Noda to phase out all nuclear reactors by 2030. The reason was the implacable opposition to the loss of reliable electric power by Japan's largest business federation, composed of heavy industry manufacturing operations. These firms, which are also among Japan's largest employers, have threatened to take their operations offshore if the government doesn't authorize restart of the reactors.

Tanaka, who has long experience in the nation's nuclear industry, must know what he's doing. He formerly was vice chairman of the Japan Atomic Energy Commission. Plus, he has marching orders straight from the prime minister's office.

Goshi Hoshono, who heads the environmental ministry in which the nuclear safety operation is housed, told Tanaka that he expects the NRA to operate independently of influence from the industry that it will regulate.

Previously, the nuclear safety function in the government was housed in the trade ministry where its functions were routinely compromised by industry influence. It was ineffective, however, in getting the Tokyo Electric Power Company to build a higher seawall at Fukushima, which led to the March 11, 2011, disaster in which a tsunami destroyed six of Japan's 54 reactors.

Profile of the agency

The NRA will be responsible for developing and enforcing nuclear safety regulations, oversight of the physical security of sites, nuclear materials safeguards, radiation monitoring, and regulation of the use of radioisotopes in fields like medicine, construction, and food processing.

It will have a staff composed mostly of people transferred from the old Nuclear Industrial Safety Agency-about 400-500 people-and an annual budget reported to be in the range of $600 million.

The five people on the commission include its chairman Tanaka and four others:

Tanaka, speaking for his colleagues, said that the NRA has to regain the trust of the Japanese public for nuclear power. It is unlikely that local government officials will agree to the restart of reactors without the oversight and assurances of the NRA. 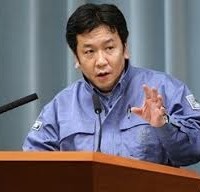 wasted no time mounting a new attack on restart of the reactors. In a new book published this week, he called for the government to nationalize the reactors and to immediately begin decommissioning them. The reactors are owned by publicly traded utility companies. Nationalization would cost the debt-ridden government billions of dollars that it does not have. The likelihood of that option seeing the light of day seems to be very remote.

But Edano's book isn't meant to be practical. It is designed to whip up public opinion and to keep the anti-nuclear pot boiling. Trading on widespread public distrust of the nuclear utilities, Edano said that the government must take the lead in creating a nuclear-free society.

Edano also said that nine nuclear reactors that are planned to be built will be halted. He called for utility companies to take "voluntary measures" to stop the projects and he threatened legislative actions if they don't. This threat also seems somewhat hollow since government seizure of privately owned assets would require compensation.

Earlier, Edano said that three reactors already under construction could be completed. One of them, the 1383-MW Ohma plant being built by Japan Electric Power, is 40-percent complete. It is expected to be completed in 2014. By then, presumably the NRA will have rolled out its new safety regulations.

One of the problems with METI Minister Edano's clarion calls for decommissioning the nation's nuclear reactors is that Japan has no deep geologic repository for disposing of nuclear waste or spent fuel in a once-through cycle.

For years Japan has been developing a spent fuel reprocessing plant. It would produce mixed oxide from recyclable materials and put the rest of the waste in ceramic canisters. The plant, being developed by Japan Nuclear Fuel, Ltd., is not complete and has encountered a series of technical mishaps that have delayed start of production operations.

Japan is storing 17,000 tonnes of spent fuel at the site, which is in Rokkasho in the Aomori Prefecture. There, political leaders are nominally pro-nuclear because of the jobs and tax base that come from the plant and from several commercial reactors. Their agreement would still be necessary to begin to reprocess fuel on a full-time basis.

However, Kazui Sakai, a senior executive with Japan Fuels, told the Wall Street Journal on September 19 that there is no planned date to start operations other than sometime in 2013. The vitrification process, which Japan acquired from Areva in France, has been significantly scaled up and modified to meet local requirements. It hasn't worked so far despite assurances from Japan Fuel that the company has solutions in the works for various technical hurdles.

Critics of the plant have tried several times to stop its development. It has survived these efforts for the same reason that Japan will likely restart many of its reactors within the next 12 months. The country has no other economically feasible sources of baseload electricity.

In the long term, Japan cannot hope to compete on global markets with China for supplies of oil and natural gas. Japan will have to live with its "plutonium economy" for at least a few more decades while it experiments with geothermal and renewable sources, or it will have to come to terms with a future that includes nuclear energy as a mainstay of its economy.