Implementation of the energy policy announced last week will keep reactors running well into the second half of the 21st century. 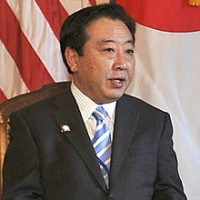 Japan Prime Minister Yoshiko Noda announced on September 14 that his nation will end reliance on nuclear power by 2040. On paper it looks like a replay of Germany's decision to scrap its reactors by 2022. In reality, it isn't anything like that, plus the government plans to complete several reactors that are already under construction.

Unlike Germany, which immediately closed half of its aging fleet, Japan has already restarted two of its reactors shuttered following the Fukushima crisis and will like restart many of them by the end of 2013. The most urgent effort is Tokyo Electric Power Company's work to restart the seven reactors at Kashiwazaki-Kariwa.

The launch of an independent nuclear safety agency this month is expected to add credibility to the government's plan to keep the lights on with nuclear energy.

The political motivation for Noda's decision includes an obvious reading of the overwhelmingly anti-nuclear mood of the Japanese electorate that has lost the traditional trust of the government and the nuclear utilities that run the reactors. Elections expected to take place this fall, or certainly by early 2013, center on two issues-nuclear power and taxes. Pulling the teeth on one of them, the fate of the reactors, is seen as a tactic designed to improve the chances of Noda's party to stay in power.

Noda's party may still lose the election. The reason is that many in Japan see the decision to move away from nuclear energy as a smokescreen. Noda's Democratic Party is, in any case, deeply unpopular, which suggests that the late arrival of the policy of appearing to pull the plug on the reactors may have little lasting political effect.

Take for instance the views of Japan's biggest corporations represented by the Keidanren business federation. It insists that the cost of replacement fossil fuels are crippling the country's economy and forcing its members to consider moving their heavy industrial manufacturing operations offshore to countries like Vietnam.

There the government has committed itself to building eight new nuclear reactors to provide reliable electric power. Intel has opened a $1-billion computer chip manufacturing center, one of the largest of its kind, based on Vietnam's reliable electricity and cheap labor.

And the United States isn't happy either about Japan's decision. U.S. Deputy Secretary of Energy Daniel Poneman said on September 14 that dropping reliance on nuclear energy in Japan could have negative impacts on fossil fuel markets, particularly regarding the current cheap prices for natural gas.

According to the Japan Times, Poneman told Japanese political leader Seiji Maehara that if Japan starts "snapping up" fossil fuels, energy prices will rise dramatically over the short term. Poneman is reported to have urged Japan to "exercise caution" in moving too quickly to shut down its reactors.

The energy policy announced by Maehar's boss, Prime Minister Noda, calls for reactors to operate to the end of their 40 year life, but it offers a loophole to operate them for another 20 years if it can be proven they can do so safely. That loophole would allow a reactor that loads fuel for the first time in 2015 to have a decommissioning date of 2075.

It should come as no surprise that Edano made his remarks in Aomori Prefecture. There provincial officials have also told the government that unless it starts up and operates a spent fuel reprocessing center located there, they will send the material back to wherever it came from. Japan has no deep geologic repository for spent fuel, nor a national interim storage site.

Edano's other problem is what to do about Japan's heavy industries that export nuclear components. The firms include Japan Steel Works, Toshiba, Mitsubishi, and Hitachi. On September 3, Edano noted that he does not see a contradiction between ending reliance on nuclear power at home and exporting the technology overseas. The problem with that policy is that Japan's nuclear exports have always relied on a robust domestic market. Take that away and there might not be enough business for some manufacturing operations to stay open.

Paradoxically, Japan is slated to build the second pair of Vietnam's nuclear reactors. In doing so, it may enable the creation of exactly the conditions (reliable power) Japan's current manufacturing firms, e.g., autos, electronics, and other durable goods, need to survive in a global market. An offshoring trend for these firms will add rising unemployment to Japan's economic woes.

Proponents of the closure of nuclear plants argue that renewables such as wind and solar can make up the difference. This is delusional thinking. The intermittent nature of wind and solar requires baseload sources to keep the national grid stable.

But wait, Japan doesn't have a national grid. Each electric utility has its own. Plus, Japan will have to build new natural gas plants to replace the power from shuttered reactors. Higher demand from Japan could push up gas prices and add to the cost of keeping renewable projects online.

Japan made it through a hot summer with no blackouts and just two reactors online. However, with an economy in the doldrums, electric power demand from industry was down which may have allowed the country to skip a seasonal energy crisis.

Prior to the Fukushima disaster, Japan relied on nuclear power for 30 percent of its energy and had plans to boost that number to 50 percent. Prime Minister Noda's politically expedient decision to drive forward with a zero power option for nuclear energy throws cold water on any rational plans for the future of rational energy plans in his country.

Looking back at 2021—Nuclear News, January through March

As 2021 comes to a close, Nuclear News is looking back at the feature articles published in each monthly issue this past year. The article below was featured in our July issue, which focused...

As 2021 closes, Nuclear News is taking a look back at some of the feature articles published each month in the magazine. The May issue reviewed the economics of nuclear power and provided some...

As 2021 closes, Nuclear News is taking a look back at some of the feature articles published each month in the magazine. The April issue reviewed the current state of advanced reactors. This...

The U.S. Army Corps of Engineers (USACE), Baltimore District, is home to the North Atlantic Division’s Radiological Health Physics Regional (RHPR) Center of Expertise, which is leading the...