The Nuclear Debate On the Road

Plymouth, Massachusetts, "America's Home Town," is the place where the pilgrims landed, and is also the home of the Pilgrim nuclear power plant. On March 29, a forum was held in Plymouth to discuss a non-binding ballot question for the town election in May. The question is whether or not to freeze the plant's relicensing process until all the Fukushima fixes are completed.

The town of Plymouth has a Nuclear Matters Committee (NMC), which keeps informed on plant issues and advises the town's Selectboard. In New England, towns are governed by the town meeting, where all voters who wish can convene to become the town legislature. The executive is a group chosen by the voters, now called the Selectboard. Many towns now also have a town manager reporting to the Selectboard.

Massachusetts is known as a very liberal state, and proud of this tradition. In the 1988 election, a referendum required shutting down both nuclear power plants in the state-Pilgrim and the Yankee Rowe nuclear power station. This referendum was defeated, thanks to 2 to 1 and 3 to 1 voting margins in the towns along Massachusetts' high tech beltway I-495 (how this was done is a story for another time).

There is a virulent anti-nuclear movement in the Plymouth area, spearheaded by an individual from the nearby town of Duxbury. This person is able to be an intervener, and has filed numerous motions in Pilgrim's relicensing. She is expected to continue to file motions in hopes of delaying relicensing (the plant's 40-year license expires in June). The law for all federal regulatory agencies, however, provides for continued operation of the plant if an agency has not completed action on an application for extension/renewal filed more than five years beforehand.

The Plymouth NMC arranged a forum to discuss the ballot question. It wanted to have both the "Vote Yes" and "Vote No" positions represented. The obvious underlying issues were nuclear power itself, and the Fukushima-Daiichi accident's effect on the Pilgrim boiling water reactor with Mark I containment. To speak in favor of "Yes," the committee obtained Arnie Gundersen, of Fairewinds Associates, Burlington, Vt. To speak in favor of "No" it first contacted Professor Gil Brown of the University of Massachusetts, Lowell. Gil is a long-time American Nuclear Society and ANS Northeastern Section member. However, he is on sabbatical and working at the State Department, and could not make their date. Gil called me and put me in touch with the panel organizer. When Arnie found out that I was to be on the panel, he said that he would withdraw! But eventually he changed his mind (this made an interesting lead-up story in the local paper).

Then the chair of the NMC took over organizing and moderating the forum. Entergy, the plant's owner, and the Nuclear Regulatory Commission, whose Region I staff were in the same room up to a half hour before the forum for their annual plant review meeting, could not participate (this article covers both events). 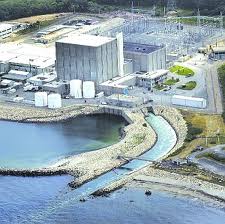 Before the forum we had a briefing with Jack Alexander, who does the Pilgrim public outreach; Paul Smith, retired Pilgrim staff and now consulting; and Chuck Adey, now retired and living in Plymouth, who has worked at the plant, done public outreach, and is an ANS Northeastern Section member.

The forum was held in the Selectboard meeting room in the town hall. This was formerly the high school, so the meeting room was originally a large classroom or small assembly hall. The NRC's public meeting to report to the public on the plant's prior year performance was held in half the room. Its meeting was informal and reception style, with no formal presentation. There were tables with displays, and Region I staff circulating to talk with attendees.

After the NRC meeting, the accordion wall dividing the room was folded, and chairs set up. The Selectboard members table was at one end of the room, on the floor with the audience, with microphones. The room had built-in TV cameras. The local public access station (PAC-TV) recorded for rebroadcast and on-demand viewing. A local radio station broadcast the program live, which necessitated one commercial break. A local newspaper had on-line coverage with a twitter stream, including many comments from Japan. Documentarian Robbie Leppzer had his camera set up in front of the first row of chairs, which unfortunately blocked my view of some of the audience. Meredith Angwin provided next day coverage at Yes Vermont Yankee. 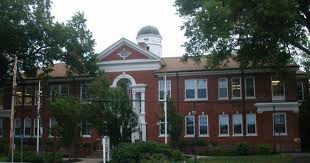 There was standing room only. The members of the NMC were in the first row. The first several rows were filled with plant opponents. The moderator announced the program, and we began by introducing ourselves for 45 seconds, followed by our 20-minute presentations (see my presentation and the ANS report on Fukushima). Questions and answers followed for the balance of the two hours. The moderator, Jeff Berger, maintained strict control, including telling a person who raised a sign saying, "No Dose is Safe" that it was not permitted. The NMC members, now with a majority of technically oriented citizens, including Paul Smith who was on the plant staff and is still consulting, were given preference in asking questions. (The committee had recommended that the Selectboard not put the question on the ballot.) Then citizens of Plymouth were called, and when there seemed to be no more questions from them, people from other towns were called.

The two-hour recording of the forum from PAC-TV Plymouth can be seen on demand.

My presentation and answers put the question of nuclear power in the context of a national policy to replace coal and its adverse health effects. I discussed the Fukushima-Daiichi accident and history of the Mark I containment as part of the development and learning process common to all technologies.

For his part, Arnie Gundersen continued his relentless attack on the Mark I Containment, saying it is too small, can't contain, and must be vented. He dragged out references to Stephen Hanauer's 1972 memo and other staff statements referring to Mark I as having serious problems. Additional claims by Gundersen:

Most questions from the audience were also along the lines of these statements.

Members of the NMC and a few others did raise cogent points and dispute some of the statements made by Gundersen and others.

The local newspapers reported the forum, but the Boston newspapers and TV did not. Jack Alexander took this as a good sign, observing that these media specialize in only negative stories about the plant.

Supporters were satisfied that their position had been defended.