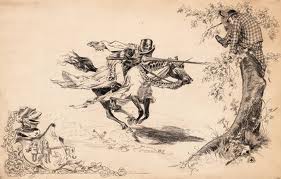 This week we'd might as well call the Carnival the "Vermont Yankee" edition because of all the news coming out of that state about this reactor.

Governor Shumlin tilts his lance again announcing an appeal of a Federal District Court ruling against the efforts of the legislature and the governor to shut the reactor down.

The carnival weekly post is the collective voice of blogs with legendary names which emerge each week to tell the story of nuclear energy.

The publication of the Carnival each week is part of a commitment by the leading pro-nuclear bloggers in North America that we will speak with a collective voice on the issue of the value of nuclear energy. While we each have our own points of view, we agree that the promise of peaceful uses of the atom remains viable in our own time and for the future.

Here's what some of the nation's nuclear bloggers have to say about Vermont Yankee news generally and CNN in particular.

On January 19, the Federal District Court in Brattleboro, Vt., issued a court decision in favor of Entergy Corporation, regarding the continued operation of its Vermont Yankee nuclear power plant.  Howard Shaffer examines the political milieu of the Vermont Yankee court decision in light of states rights issues, shared authority among Federal and State regulators, and the political history of some other rather extreme positions taken by state governors.

Tamar Cerafici has a plain English review of the legal ins-and-outs of the Federal court ruling. It is worth your time to step through the issues because so much is at stake.

Will Davis catches up on various news items from this week, including comments on Fukushima Daiichi, a CNN report, and nuclear energy in various far places in the world.

Brian Wang reports that the Areva Anteres reactor was selected by the next generation nuclear plant project. Also, he reports on French, U.S., China, India and Ukraine nuclear generation figures for 2011

Dan Yurman has an indepth report on the selection of Areva's HTGR design by the NGNP Alliance for process heat applications.

Also, he reports on a major deal involving Areva reactors to be built in the U.K. by EDF as a result of a face-to-face meeting between U.K. Prime Minister David Cameron and French President Nicolas Sarkozy.

Rod Adams writes that MIT's studies on the future of various energy fuels are important guides for policy makers. The contrast between strong optimism over the future of natural gas compared to a far more pessimistic view of the future of nuclear energy is stark and difficult to ignore.

Gail Marcus is pleased to be able to pass on information provided by a reader of her blog providing more details on the Japanese personnel practice called 'amakudari,' the institutionalized system of moving Japanese government retirees into positions in the organizations they used to regulate.

Cheryl Rofer has a unique report that Peter Alaric DeSimone tells how he makes music from the random disintegration of radioactive isotopes and provides MP3 files and videos of the process.