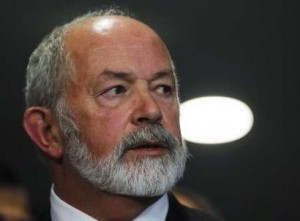 There is no reason to stop or slow down the development of new nuclear power stations or change the selected sites for them, says a report issued on October 10 by the United Kingdom's Office of Nuclear Regulation. A 300-page final report prepared by safety expert Mike Weightman reviewed the events that took place at Fukushima, Japan. It says that the U.K. is taking the right steps to address the design basis for new nuclear facilities, including issues such as earthquakes and floods. (video interview)

The report emphasized that there is no fundamental weakness in the U.K. nuclear reactor licensing program or in the safety assessment principles and processes that support it.

Weightman wrote that he found no reason to change the sites selected for new reactors.

"I remain confident that our UK nuclear facilities have no fundamental safety weaknesses. The Office for Nuclear Regulation already requires protection of nuclear sites against the worst-case scenarios that are predictable for the UK.

But we are not complacent. Our philosophy is one of continuous improvement. No matter how high our standards, the quest for improvement must never stop. We will ensure lessons are learned from Fukushima. Action has already been taken in many cases, with work under way to further enhance safety at UK sites."

New nuclear reactors in the U.K.

The report identifies 38 additional areas for further review. The topics include emergency response mechanisms, dealing with prolonged loss of off-site power, and risks associated with various types of natural disasters.

The report also pointed out, however, that the combination of events composed of a record-high tsunami triggered by an unprecedented earthquake along the Pacific rim are unlikely to impact nuclear reactors in the U.K.

Weightman also said that human factors played a significant role in the Fukushima disaster. He wrote that as more information becomes available, "there is considerable scope for lessons learned about human behavior in severe accident conditions."

Even as Weightman was issuing his report, Electricite de France was issuing a revised schedule that could push back start-up of the U.K. first new reactor at Hinkley Point from 2018 to 2020. One reason is that despite Weightman's optimistic views, the U.K. joint regulatory agencies have delayed giving interim approval for the Westinghouse AP1000 and Areva EPR reactors designs.

The nuclear safety review, however, was received warmly by the U.K. nuclear industry. Volker Beckers, the head of RWE, told financial wire services that the report opens the door to nuclear energy being an important part of the U.K. energy mix. RWE has plans to build up to 6 Gwe of new nuclear power in the U.K. by 2025.

Not everyone was optimistic about the report's findings. The Royal Academy of Engineering issued a statement warning that the pursuit of nuclear energy must be balanced against risks.

"The seriousness and potential global nature of accidents in the nuclear industry bring particular challenges. Continued vigilance, transparency and cooperation by all countries and organisations must be maintained on issues of safety and security. The potential scale of a disaster means that, despite the fact that accidents are rare, traditional probabilistic methods of assessing the risk should be supplemented with contingency plans to deal with all conceivable eventualities."

The Academy called for deep geologic disposal of spent fuel and remained silent on the issue of reprocessing.

Britain's Royal Society, a scientific group, weighed in as well. It called for development of new mixed-oxide (MOX) fuel facilities to dispose of the U.K.'s huge inventory of surplus plutonium. The U.K. has a reported stockpile of 112 tonnes.

Roger Cashmore, chair of the Royal Society  working group, and head of the U.K. Atomic Energy Authority, said that converting the plutonium to MOX is the only reliable way to take it out of circulation. Failure to proceed in this direction, he said, undermines the credibility of the government's position relative to nonproliferation efforts.

"There is no proliferation proof nuclear fuel cycle. The dual use risk of nuclear materials and technology and in civil and military applications cannot be eliminated."

For these reasons, the Royal Society said that the government should reconsider its plan to close the Sellafield reprocessing plant once current orders are completed.

Nuclear power is an important component in the fight against climate change, but independent regulation is needed to gain the public’s---and governments'---trust, according to a March 6...

There has been no off-site impact from the February 13 earthquake that struck off the east coast of Japan near the Fukushima Daiichi nuclear power plant, Tokyo Electric Power Company (TEPCO)...

Hurricanes, wildfires, and other disasters across the United States caused $95 billion in damage last year, according to new data referenced by the New York Times. The cost is almost double...

"How do we move nuclear energy into the future?" was the question asked and answered in a variety of ways during a fascinating speakers' session that followed this morning's opening plenary....

The era of the "first nuclear build" in the United States (from the Manhattan Project of the Second World War at the earliest, through the final commercial plant orders in 1978) was by nature...