Perhaps one of the more enduring cartoons that relates to the quality of information on the Internet is the one that states, "On the Internet no one knows you are a dog." It shows a drawing of two dogs sitting in front of a computer terminal. Unfortunately, the cartoon is copyrighted material so it can't be reposted here, but you can see it here along with many variations. The point of the cartoon is that words and images on the screen can come from anywhere and anyone. 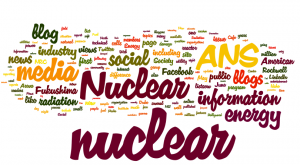 Clearing up misconceptions and outright falsehoods about nuclear energy since the March 11 Fukushima earthquake and tsunami is getting more attention these days. Problems range from not mainstream journalists not understanding the technical issues to people who are publicity crazed fear mongers out to get their face on a video.

For instance, during a telephone interview a reporter at a newspaper not to be named confused the plutonium content of mixed oxide fuel on Fukushima reactor #3 with weapons-grade plutonium ejected into the atmosphere from cold war atomic bomb testing.

In other instances, anti-nuclear groups have said that radiation levels in the water in Philadelphia are responsible for a spike in infant mortality. (FOX news TV report) These kinds of bogus news stories scare parents and the truth rarely catches up with fiction. Fox news has reportedly removed the video from its website, but, as is often the case with bogus content, it has gone viral and appears in numerous places on the Internet.

Is debunking nonsense likely to be successful? 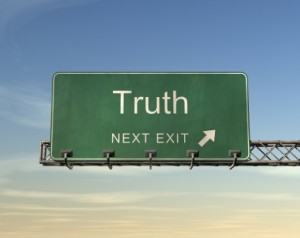 Nuclear bloggers have been responding to these types of stories. For all their efforts, the more things evolve at Fukushima, the more nonsense appears on the Internet. Still, responding to it was the major preoccupation this week.

For starters, in her post Fuel Pools, Meredith Angwin at Yes Vermont Yankee quotes Arnie Gundersen predicting that fuel pools at Fukushima went critical. Actually, there were hydrogen explosions, but no nuclear explosions. Gundesen's explanation of deflagration and detonation notwithstanding, hydrogen can and did explode. In other words, worrying that the fuel pools are about to become nuclear bombs is not a reasonable scenario.

Cheryl Rofer debunks a video (at her blog Phronesisaical) that has been flying around the Internet, claiming to show an explosion at a Fukushima fuel pool, when in fact it's just steam and fog. She provides some reliable links with information about the Fort Calhoun, Nebraska, reactor that is withstanding Missouri River flooding ,and points out how Richard Bernstein has been begging the question of Iran's intentions at the New York Review of Books.

Dave Bradish of the Nuclear Energy Institute takes on Grist's anti-nuclear campaign. In Bradish's last part of the three part series at NEI Nuclear Notes, he takes to town Grist's bogus cost and insurance claims. For example, based on a study cited by Grist's own author, Paul Gipe, the insurance cost for nuclear is lower than solar. If nuclear is "uninsurable" as the critics proclaim, then solar is catastrophic (at least if we go by their characterizations).

For example, just a few days ago, a compressed video showing an hour's worth of the Fukuichi Live Camera at the Fukushima Daiichi site, and which clearly shows a fog bank rolling in to the site, was widely circulated on anti-nuclear sites and deliberately mislabeled as having depicted some sort of explosion on the site

Davis attempts to obtain some focus on the position that the pro-nuclear crowd finds itself in, and the positions and hurdles it finds itself facing, in a blog-oriented not-yet-post-Fukushima world where anyone can write anything... but usually leaves a comment feature available.

At Idaho Samizdat, Dan Yurman posts his view on the conspiracy theories surrounding the flooding of the Missouri River near the Ft. Calhoun nuclear power plant. In addition to pointing out reasons, based on facts, why the plant is safe, he also notes the FAA "no fly" zone was set up primarily to keep news helicopters buzzing the plant at low altitudes from crashing into power lines or each other. 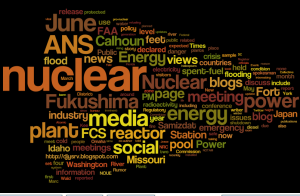 For those who think Germany's retreat from nuclear energy will spark a revolution in renewables, think again, says Rod Adams.

Two articles that appear in the New York Times on June 15, 2011, should help to make it more clear to more thinking people-Russia, the world's largest natural gas exporter, stands to gain the most money by an illogical, politically driven shift away from nuclear energy.

It baffles me why there is so much reluctance among even my friends and colleagues to accept my assertion that there is a relationship between that monetary gain and the strength of the antinuclear movement that is pushing the ill-considered policies.

Finally, here at ANS Nuclear Cafe, Ted Rockwell debunks myths about how radiation works and why and why not you may be harmed if exposed to it.

Jaczko - Will he stay or will he go? 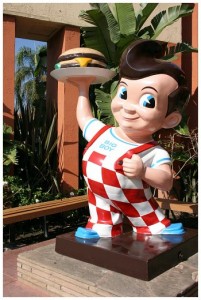 Like the mascot in a famous advertising contest for the restaurant chain Bob's Big Boy, NRC Chairman Gregory Jaczko has succeeded in raising questions of whether he's to stay or go. The reason is his controversial management decisions.

At Next Big Future Brian Wang comments on an article at the National Review by Robert Zubrin calling for Jaczko to be fired. At the heart of the matter, Zubrin says, is the question of honest dealing in policy matters.

Far from being "fair and objective" in dealing with Yucca Mountain, in 2010 Jaczko issued a directive stopping an NRC staff evaluation of the project, precisely because the study would have shown that the project was sound. He then used the resulting lack of safety data as an excuse to order work on the Yucca Mountain project to be stopped altogether.

Breaking his promise to consult other members of the commission on Yucca Mountain matters, according to a report made public by NRC inspector general Hubert Bell last week, Jaczko "strategically withheld" information from the other commissioners and "was not forthcoming" about his intention to use his arbitrary directive to stop the project.

Will Jaczko be thrown under a bus by the White House? It's not likely, says Margaret Harding, who writes at Four Factor Consulting that he is "untouchable" due to political air cover from Senate Majority Leader Harry Reid (D., Nev.)

The Inspector General of the NRC's report has been leaked to various agencies and paints a portrait of a leader who is more concerned with his political calculus than leading the agency with which he is charged. Republicans in Congress have been incensed by his actions claiming he has "politicized" the process.

Congress can investigate him every which way they want, could even demonstrate that Dr. Jaczko has abused his position to further the agenda of his former bosses, Senator Reid and Congressman Markey. What they cannot do is to fire him from the position.

Gail Marcus, a former president of the American Nuclear Society, has some ideas at her blog Nuke Power Talk about beefing up nuclear safety regulation in Japan. 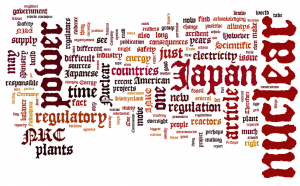 She points out that the IAEA preliminary report on the Fukushima nuclear crisis in Japan calls for independence for the Japan Nuclear Industrial Safety Agency (JNISA) which until now has been housed in the Trade Ministry. While it has long been apparent in the U.S. that you can't promote and regulate an industry from the same government organization, Japan appears to be getting the news for the first time.

Marcus says that finding the right regulatory balance in an independent agency is just as important. She note that the reorganization of JNSIA is only the first step in a continuing process of regulatory evolution.

At Nuclear Green, Charles Barton writes that technology may provide some answers about safety in future reactor designs. Barton writes that although nuclear power is already the safest form of energy production, public fear of the release of radioactive materials, as evinced by the Fukushima reactor accidents, has led Germany and Italy to reject nuclear power.

While this response is irrational, safer reactors may be required to satisfy a fearful public. It is possible to build fluid fuel reactors that produce no plutonium, and to extract volatile fission product from their cores. Coupled with underground reactor placement, an extremely high level of nuclear safety is possible.

Some good news for a change

Brian Wang at Next Big Future does not disappoint with two posts that show that a sound mind and a self-assured approach to analysis can lead to good things all around. 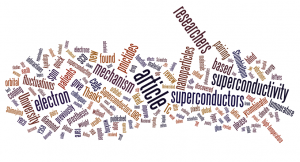 The Economist Intelligence Unit (EIU) sees a decade of growth for nuclear power, with only a marginal impact from the Fukushima accident. The EIU reduced its expectations for global nuclear capacity in 2020, but the figure still grows by 27 percent compared with 2010.

Also, Wang writes that he made a series of three bets with Michael Dittmar at the Oil Drum, who had four papers in Arxiv and had a bunch of coverage at the Technology Review, Economist, and newspapers. He predicted a failure to mine more uranium per year and a reduction in nuclear power generation from lack of sufficient uranium.

Rick Maltese writes at his blog on nuclear deregulation that the growing list of "cop out" countries like Germany, Italy, Switzerland, and maybe now Japan to increase their renewable energy supply and decrease nuclear energy calls for some honest assessment of the energy situation.

He notes that Japan's Fukushima events affected Switzerland, Germany, and Italy to the point that they are likely going to need to sacrifice valuable land for wind and solar energy if they stick to their plan of going with so-called "renewable" energy.

A bright star on the horizon

Steve Aplin at Canadian Energy Issues writes that nothing is more exciting and inspiring than working with bright, motivated people in solving the great problems of our time.

Aplin reports on his daily interactions with people in the fields of chemical and nuclear engineering-two fields that, combined, will create the new energy of North America and the world.