In a previous post on the ANS Nuclear Cafe, I discussed how a Clean Energy Standard (CES) that included nuclear energy would be more effective (as well as more fair) than a portfolio standard that includes only "renewable" energy sources. There have been encouraging signs recently that this CES concept is gaining traction in Washington.

On December 7, Third Way and the Idaho National Laboratory organized a high-profile "nuclear energy summit" in Washington, D.C.  Energy Secretary Steven Chu, White House Energy Czar Carol Browner, Nuclear Regulatory Commission Chair Gregory Jaczko, Senators George Voinovich (R., Ohio) and Thomas Carper (D., Del.), and the chief executive officers of several large nuclear utilities were among the summit participants. At this meeting, Chu announced the Obama administration's support for a CES that includes nuclear energy as an alternative to a portfolio standard that includes only "renewables." Department of Energy deputies were instructed to investigate the concept of a CES more thoroughly, and report back in a few months.

Earlier this year, the dynamic was that a CES might be offered instead of a renewables-only standard in order to attract a few moderate Republicans in the Senate in support of the cap-and-trade law, or some other comprehensive energy policy.  U.S. Sen. Jeff Bingaman (D., N.M.) and others maintained hope that a renewables-only standard could still be passed, perhaps in the lame duck session of Congress. With several high-profile non-energy issues dominating the agenda for the lame duck session, any type of portfolio standard policy has a meager chance of passing  before the new Congress begins next year.

With the new Republican House, there is small chance that a renewables-only standard will pass in the new Congress. A broader CES that includes nuclear-and perhaps coal with sequestration-will have much better prospects, especially given that U.S. Rep. Fred Upton (R., Mich.), the new chair of the House Energy committee, is a strong nuclear supporter.

A CES should also do well in the new U.S. Senate, with several moderate senators in support, including Sens. Carper, Lamar Alexander (R., Tenn.), and Lindsey Graham (R., S.C.).  Now that the Obama administration has gone on record in support of a CES, it is likely that the new Congress will pursue it in lieu of a renewables-only standard. Following Chu's announcement during the nuclear energy summit, Graham pledged to revive his effort to pass a CES.

The main risk now is that no standard will pass due to the influence of the Tea Party caucus and other conservatives who are strongly focused on reducing government spending and regulation. They may oppose the CES over concerns that it will raise electricity prices. Yet, many argue that a CES would give utilities clarity that allows them to make longer-term investments that hold costs down, reduce price volatility, and improve overall energy security.

Nuclear advocates hope that the leadership of Upton and Graham, along with the support of the administration and moderates in both parties, will lead to passage of a CES that includes nuclear energy. One argument for action is that the American public does want Congress to do something in the area of energy, in order to address energy security, if not global warming.

If such a standard were passed, it would have a profound effect on nuclear, leading to the deployment of large numbers of new plants and a significantly increased share of total generation. Under a policy where nuclear can compete with renewable sources on a level playing field, nuclear should do quite well and capture a large fraction of the non-emitting market share.

Nuclear energy summit participants also devoted significant attention to Small Modular Reactors (SMRs). One idea that was discussed would be to initially deploy some SMRs on a federal nuclear site, such as the DOE's Savannah River Site, in South Carolina. A private operator would run the SMRs.

Under this scenario, the federal government would execute a long-term power purchase agreement with the SMR operator in lieu of offering loan guarantees. Browner mentioned that government policy on power purchase agreements requires that the entire cost of the power over the entire (multi-year/decade) agreement period be "scored" against the government budget in the single, initial year that the agreement is signed. This would be a significant impediment for any such approach, especially during times of high deficits, when many are eager to control government spending.

Other low-profile bureaucratic-level policies that have hampered new nuclear construction involve the U.S. Office of Management and Budget (OMB). In addition to taking a very long time to approve loan guarantees, the OMB has required very high up-front payments to cover the loan guarantee's "credit subsidy cost" for some reactor projects (most notably, Calvert Cliffs-3). These payments are akin to paying an insurance premium to cover the loan default risk (e.g., mortgage insurance). Of note is the fact that these payments are NOT required for renewable projects, regardless of their default risk. 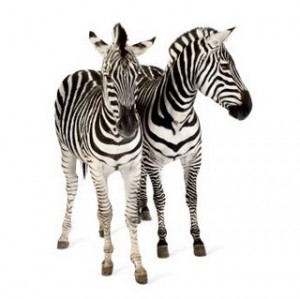 In addition to issues at the OMB, there is the fact that it is taking several years, and costing hundreds of millions of dollars, just to get regulatory approval to build new reactors. For follow-on reactor projects that are virtually a carbon copy of a "reference" reactor project that has gone through the entire approval process, this may be excessive.

Legislation to address some of these bureaucratic obstacles may be something that a more conservative Congress could pursue, in lieu of-or perhaps in addition to-a CES. Laws, or agency direction, could be put in place to reduce, or perhaps eliminate, the large credit subsidy fees placed on reactor projects, thus making nuclear's loan terms more in line with those given to renewable energy projects. The overall nuclear loan guarantee volume could be significantly increased. Finally, requirements could be placed on the NRC to expedite the licensing process for follow-on reactor projects that use previously licensed reactor designs.

Jim Hopf is a senior nuclear engineer at EnergySolutions, with 20 years' experience in shielding and criticality analysis and design for spent fuel dry storage and transportation systems. He has been involved in nuclear advocacy for 10 years, and is a member of the ANS Public Information Committee. He is a regular contributor to the ANS Nuclear Cafe.

In its latest financial nod of encouragement to the U.S. nuclear industry, the Department of Energy has announced awards totaling $8.5 million to five industry-led projects, with the aim of...

Surrounded by members of his cabinet, congressional leaders, and others, President Biden yesterday afternoon signed into law the $1.2 trillion Infrastructure Investment and Jobs...