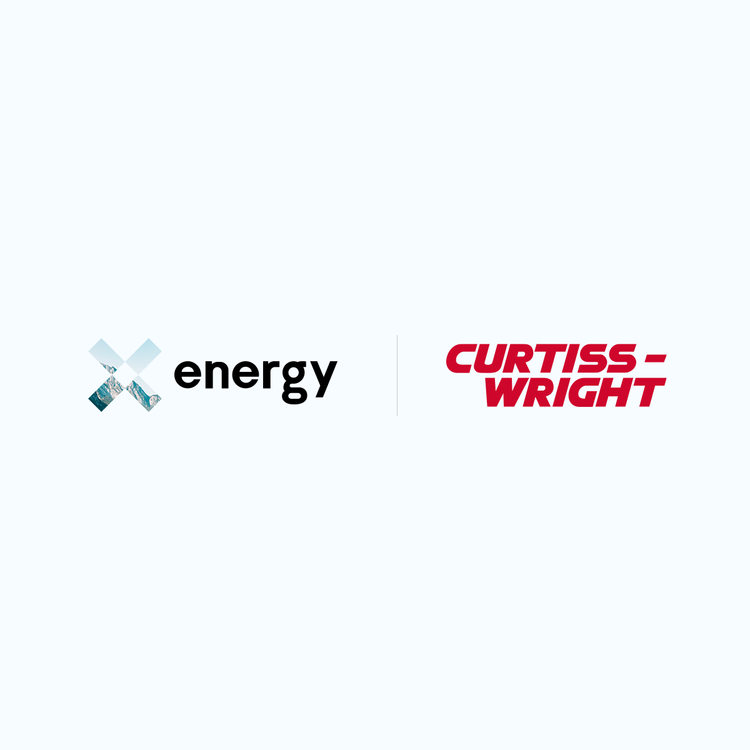 Under the agreement, Curtiss-Wright will develop and provide three critical elements of the Xe-100’s nuclear steam supply system:

Curtiss-Wright estimates that its content for the three systems will top $100 million in revenue per four-unit Xe-100 plant.

Also, according to the announcement, Curtiss-Wright has committed to a minority equity stake in X-energy.

Signers’ language: “Curtiss-Wright continues to build on its heritage as one of the leading global suppliers of nuclear reactor technologies, and we are very pleased to announce this long-term strategic agreement with the X-energy team as they continue to advance their next-generation reactor design,” stated Lynn M. Bamford, Curtiss-Wright’s chair and chief executive officer, in the announcement. “Curtiss-Wright intends to play a critical role in helping to decarbonize the existing energy infrastructure through the creation of clean, reliable, affordable energy, while delivering innovative safety-critical solutions to its customers.”

J. Clay Sell, CEO of X-energy, said that his company is “building a resilient supply chain to ensure the successful deployment of our reactors at scale with the most capable, qualified, and experienced partners in nuclear energy” and is “proud to partner with [Curtiss-Wright] as a preferred strategic supplier to deliver advanced nuclear energy around the world.”

The tech: A Generation IV, high-temperature gas-cooled reactor powered by TRISO fuel, the Xe-100 is engineered to operate as a single 80-MW unit and is optimized as a four-unit plant delivering 320 MW of electric output. According to X-energy, it can provide clean, reliable, and safe baseload power to an electricity system or support various industrial applications with 200-MW thermal output per unit of high-pressure, high-temperature steam.

In case you missed it: Last month, X-energy and materials science giant Dow announced the signing of a letter of intent aimed at deploying Xe-100 technology at one of Dow’s U.S. Gulf Coast facilities. The companies expect the SMR plant, which would provide power and process heat to the Dow facility, to be operational by approximately 2030.