Leadership turned to Kandasamy, who at the time was vice president of engineering services nuclear at GE-Hitachi Nuclear Energy, a position she held since 2015. She also serves on INL’s Materials and Fuels Complex Strategic Advisory Council.

As a 30-year veteran of the nuclear industry, Kandasamy has been an electrical system engineer with Exelon’s PECO, a regulatory assurance manager at Exelon’s Oyster Creek nuclear power plant, and the work management director at the Hope Creek nuclear plant.

Since starting her new job in October, Kandasamy has dived into INL’s long-term asset management plans. She knows the net-zero goal is challenging, but it’s doable. Some strategies are straightforward, such as replacing carbon-emitting diesel generators with carbon-free electrical sources and converting INL’s transportation fleet–including dozens of diesel-powered buses–to electric- or hydrogen-fueled vehicles.

Kandasamy is focused on getting the infrastructure in place within five years and thinks that it can be accomplished by partnering with others with similar goals to speed things up. “I think there’s a lot of work done already to get us to this point,” she said. “Our efforts will help the local communities as well as the region.”

Kandasamy has a knack for getting people behind her vision and making things happen sooner rather than later. And people are motivated by a common cause: a carbon-free future.

Todd Combs, INL’s associate laboratory director for energy and environment science and technology, is confident that Kandasamy is the one to get it done. “We have developed a general plan to take the lab to net-zero by 2031,” he said. “We now need someone to take the plan, fill in the details, and execute it.”

Kandasamy was 8 years old when she came to the United States from India with her family, settling in Pennsylvania where her father was working on his third master’s degree in mechanical engineering. He later taught thermodynamics at Villanova University.

Kandasamy’s father inspired his daughter to dream big, encouraging her to become a nuclear engineer. She eventually graduated with a degree in electrical engineering from Pennsylvania State University and remembers being the only woman in her engineering class. She later received a Master of Business Administration from Eastern University.

Her earliest foray into nuclear energy was as a college intern working as an electrical engineer at the Limerick nuclear power plant near her home outside Philadelphia. She later became a certified senior reactor operator at the plant.

Throughout her career, she accepted challenges, defying preconceived notions about women in science. In one instance, at Exelon’s Oyster Creek, she was handed a large job: Turn around a struggling chemistry department featuring workers with low morale who had endured eight managers in five years.

“I told my manager that I had zero knowledge of what they did,” she said. “I took chemistry 101 as a freshman in college and you want me to lead this group? He said, ‘It’s not knowing the technical part of what they do. It’s about your leadership skills and it's how you work with different people.’”

Within 18 months, the struggling department became one of the best in Exelon’s fleet of power plants. “I built relationships,” she said. She empowered workers to get the job done and in return gave them pride in their accomplishments.

Kandasamy is paying forward her father’s passion for education as a vehicle to enrich lives. Her daughter is a neuropsychologist, and her son is a sommelier and master chef, but her passion extends beyond blood ties.

She is most proud of her work with U.S. WIN (Women in Nuclear), an 8,000-plus member organization. She served as chair for the national organization that helped start Nuclear Executives of Tomorrow, a leadership development program for women a year or two from becoming executives themselves. Most of the graduates have been promoted to executive positions.

She initiated the oversight committee for the U.S. WIN–the Equity and Inclusion task force, which drives the national agenda and sets national strategy and goals for WIN. “I'm pretty proud of what this organization has accomplished and continues to do for the industry,” she said. She is now actively engaged in Women in Nuclear Global.

Kandasamy has always championed women in science. “My experiences as the only female at a nuclear power plant for many years has contributed to my leadership style,” she said.

Her passion for gender inclusivity was inspired by her father, who two decades ago started a college in a village in southern India to help underprivileged men and women succeed through education. Kandasamy took over as chair and president of the college after her father died last year.

Proud to be at INL

She knows that her father would have been excited about her choice to take the INL job. She remembers in years past he would send her articles about the nation’s first power plant in Idaho, research being conducted, and the many innovations at INL.

“I’m excited and thrilled to be here,” she said. "INL’s mission, vision, and values are mine as well. Excellence, integrity, safety, teamwork, and inclusivity."

Kandasamy concluded, “I like to make things happen. I love a challenge and I would tell you almost every job that I've had somebody tapped me on the shoulder and said, ‘Hey, we'd like you to do this job.’ That pushed me to excel and work harder to be the best.” 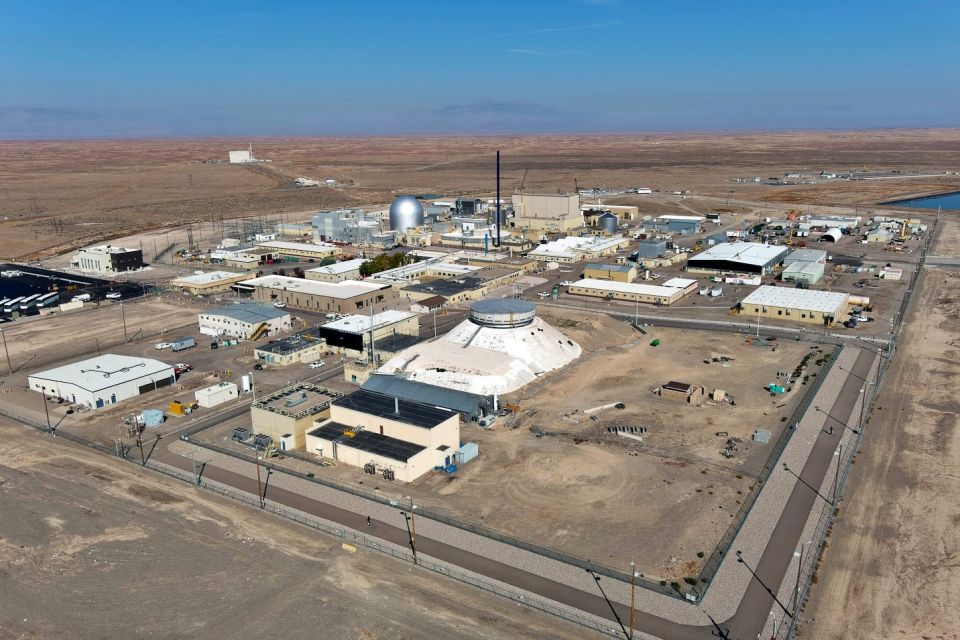