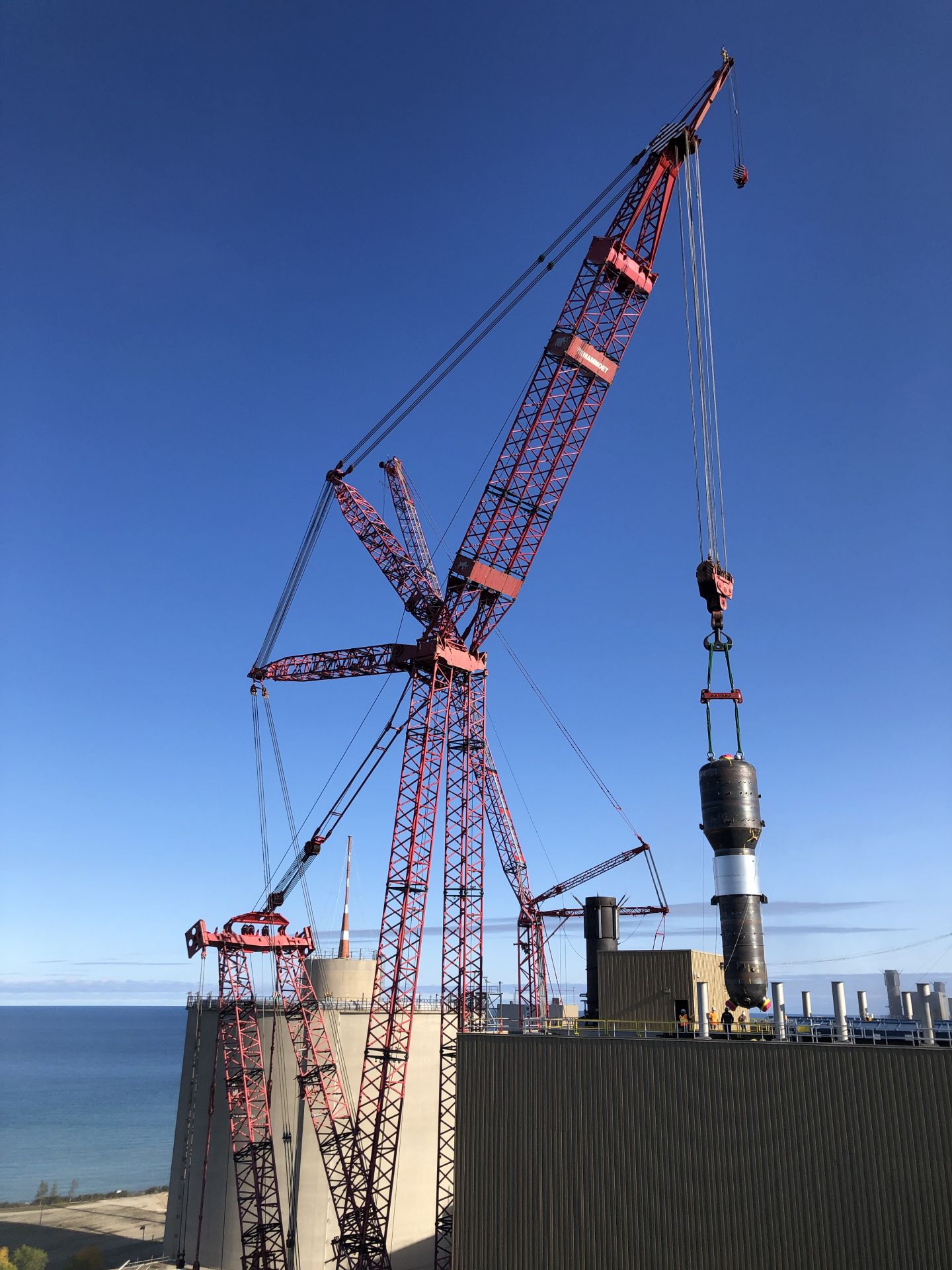 The plant’s life-extension program started in January 2016 and involves the gradual replacement of older systems in Bruce’s eight CANDU units during regularly scheduled maintenance outages. As part of this effort, Bruce Power began the major component replacement project in January of last year, with a focus on replacing key reactor components in Units 3–8, including steam generators, pressure tubes, calandria tubes, and feeder tubes.

As part of its “Made in Ontario” strategy announced last year, Bruce Power has awarded a contract valued at C$130 million (about US$100.8 million) to BWXT Canada in support of the ongoing...

The Canadian Nuclear Safety Commission has renewed the operating license of the reactor at the Point Lepreau nuclear plant for a period of 10 years. As a result, the facility’s 660-MWe...

French utility giant EDF has announced that its NUWARD small modular reactor design will be the case study for a European early joint regulatory review led by the French Nuclear Safety...