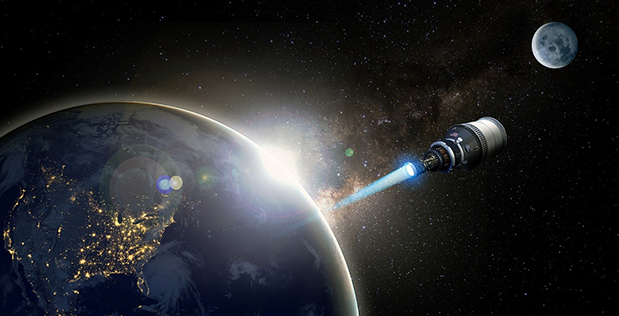 “The United States absolutely needs to be in cislunar space,” Christina Back, vice president of Nuclear Technologies and Materials at GA-EMS, told Nuclear News. “At General Atomics Electromagnetic Systems, we are attuned to future mission needs and strove to achieve the lightest weight, most efficient nuclear propulsion system. Our concept is a result of careful analysis that explored the design trade space to define a compact reactor core configuration.”

General Atomics has received a $22.2 million cost-plus-fixed-fee contract, with an estimated completion date in October 2022.

The mission: The DOD plans to deploy agile, responsive spacecraft in cislunar space—the spherical space between Earth’s atmosphere and its orbiting moon—but current electric and chemical propulsion systems have limited thrust-to-weight and propellant efficiency. An NTP system using energy released by nuclear fission can heat hydrogen propellant to extreme temperatures before expelling it through a nozzle to produce thrust that outperforms electric and chemical propulsion systems.

“Compared to conventional space propulsion technologies, NTP offers a high thrust-to-weight ratio around 10,000 times greater than electric propulsion and two-to-five times greater specific impulse than chemical propulsion,” according to DARPA. That combination could provide the maneuverability the DOD seeks in cislunar space and could also be used to expand the capabilities of future NASA missions.

The task for GA-EMS over the next 18 months is to deliver a preliminary design of the NTP system in order to demonstrate and ensure that the system is operationally effective and able to be built and validated in low-earth orbit within the next five years.

“GA-EMS is uniquely positioned to support this effort because we have capabilities and heritage in both nuclear reactor systems and space systems, the combination of which is required to execute the DRACO mission,” said Scott Forney, president of GA-EMS, in an April 16 General Atomics press release.

A phased approach: Key objectives of the DRACO program are classified, but according to DARPA, Phase 1 of the program will last 18 months and consist of two tracks. Track A—GA’s role—will entail the preliminary design of an NTP reactor and propulsion subsystem concept and will culminate in a baseline design review. Blue Origin and Lockheed Martin will independently perform Track B work to produce an operational system spacecraft concept to meet mission objectives and design a demonstration system spacecraft concept as well. The demonstration system will specifically focus on demonstrating the NTP propulsion subsystem, according to DARPA.

“The performer teams have demonstrated capabilities to develop and deploy advanced reactor, propulsion, and spacecraft systems,” said Air Force Maj. Nathan Greiner, program manager for DRACO. “The NTP technology we seek to develop and demonstrate under the DRACO program aims to be foundational to future operations in space.” DRACO’s Phase 1 is a “risk reduction effort,” according to Greiner, and is expected to inform later phases of detailed design, fabrication, and on-orbit demonstration.

According to the Phase 1 solicitation, DARPA anticipates that the objectives of Phase 2 will include a complete, detailed design of the demonstration; fabrication of the nuclear reactor; execution of a zero-power-critical test of the reactor; and acquisition of long-lead materials for the demonstration. Phase 3 would include fabrication, assembly, launch, and on-orbit demonstration of the system.

Building on what came before: “GA-EMS’s expertise in state-of-the-art nuclear fuels and advanced materials are key components to the NTP design to create a highly efficient and exceptionally safe propulsion system. Combined with our in-house capabilities to fabricate these components and others, we can ensure delivery of a superior NTP reactor on orbit and on time,” Back said.

General Atomics’ NTP work draws on experience from the company’s involvement in the 1960s with Project Rover, a program of NASA and the Atomic Energy Commission that was one of the first programs to demonstrate the feasibility of NTP in space. In 1965, the company was also directly involved in nuclear fuel testing and characterization for the SNAP-10A reactor—designed to supply power to a satellite—which is the only U.S. nuclear power reactor launched into space to date. 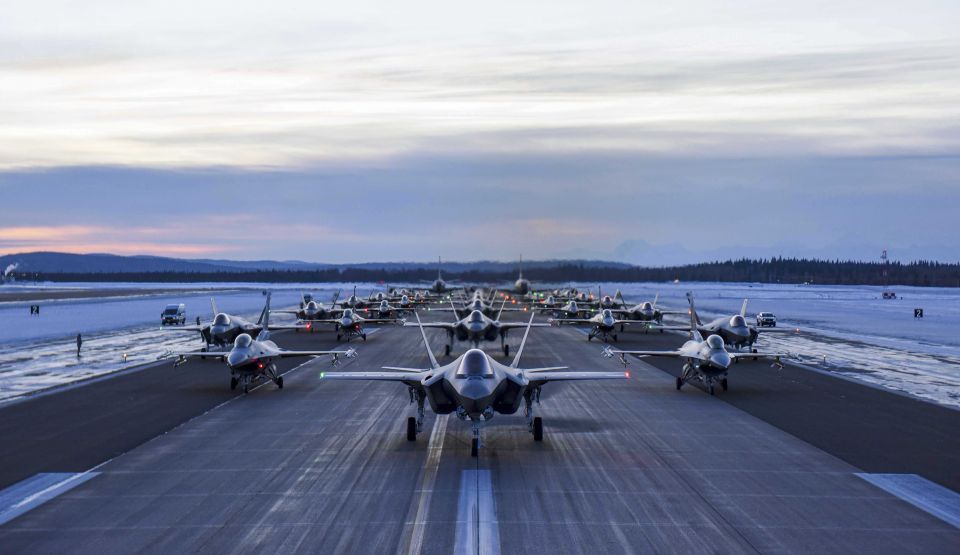