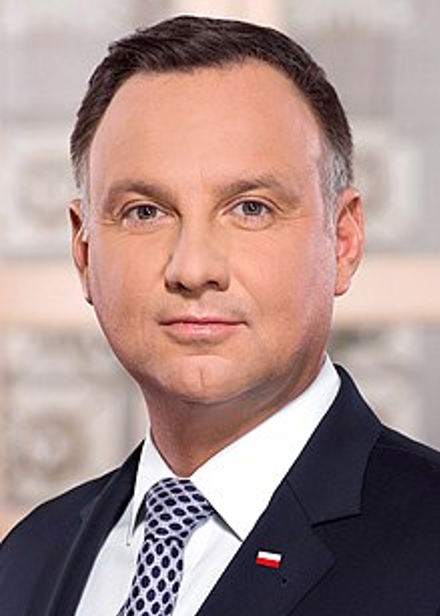 Energy, including nuclear energy, will be among the topics discussed at a June 24 meeting in Washington between President Donald Trump and Polish President Andrzej Duda, according to remarks by Duda at a June 18 news conference. “We will definitely talk about cooperation between Polish companies and Polish authorities, and companies and authorities from the United States, over conventional nuclear energy and its use,” he said. The meeting will take place just days before Poland’s June 28 presidential election.

While Poland currently has no nuclear power plants—generating something on the order of 80 percent of its electricity from coal—it has participated in talks with the United States over the years to explore ideas for a Polish nuclear power industry.

Poland’s potential: Last week, on June 15, the Paris-based Nuclear Energy Agency sponsored a webchat between its director-general, William Magwood, and Michał Kurtyka, Poland’s minister of climate and the president of COP24—the 2018 Conference of the Parties to the United Nations Framework Convention on Climate Change. A prominent figure in global talks on climate neutrality and energy‑related emissions, Kurtyka discussed the proposed report Energy Policy of Poland until 2040, which calls for the introduction of nuclear energy by 2033, and shared his perspectives on how best to transition his nation to clean energy.

“We see an important element of our future linked with nuclear energy,” Kurtyka said. “One of the key issues is energy security. We consider our energy choices through this lens of preserving and enhancing the energy security of Poland and of the European Union. Then, for a country which is rapidly industrializing and developing, keeping energy cost at a competitive level is a must. Last but not least is the fact that nuclear energy plays a very important role in getting us to climate neutrality and to cleaner energy.”

The plan, said Kurtyka, is to begin construction of nuclear power plants in Poland by 2026 and to have six reactors in operation by 2040 “to provide baseload electricity for our zero-emission system, because right now we are in the transformation of our energy system.”

The Nuclear Regulatory Commission has published in the Federal Register a final rule amending the licensing, inspection, special projects, and annual fees it will charge applicants and...