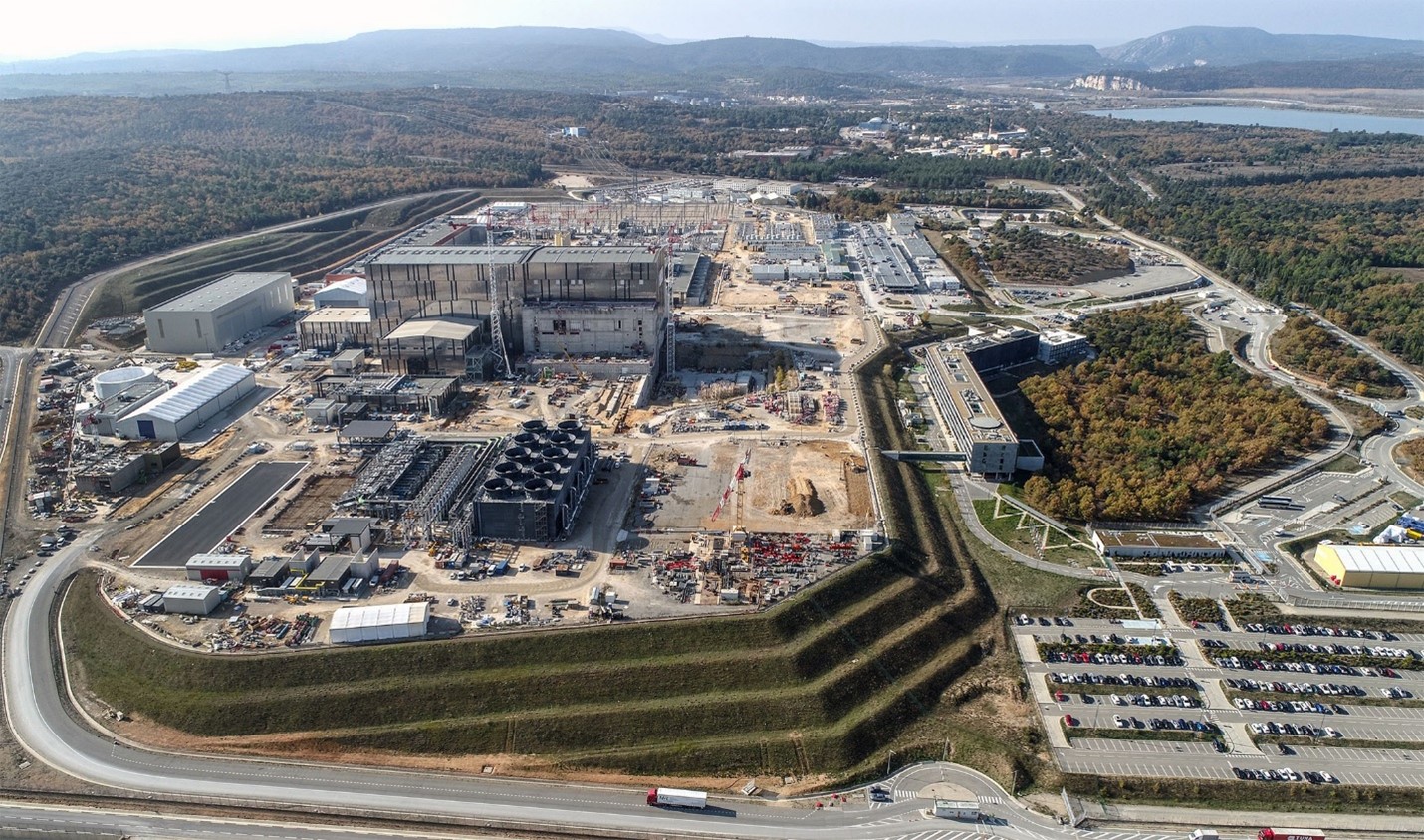 Central solenoid testing completed: One of the United States’ largest contributions to ITER is the fabrication and testing of the 1,000-ton, 59-foot-tall central solenoid that will sit in the heart of the fusion device and supply 15 million amperes of current to heat and stabilize the fusion reaction.

After nearly five years of fabrication and two years of rigorous testing and troubleshooting, General Atomics (GA) announced on February 4 that it had completed fabrication and testing of the first ITER central solenoid module. The module was built at GA’s Magnet Technologies Center in Poway, Calif., under the direction of the U.S. ITER Project Office, which is managed by Oak Ridge National Laboratory. The module was subjected to a series of demanding tests during and after its production, placing it in extreme conditions similar to those expected during ITER operation, including a near-complete vacuum and cryogenic temperatures of about -270 °C.

The first module will be shipped to France this summer and will later be joined by six others still in fabrication. Each 14-foot-diameter, 250,000-pound module is composed of more than three miles of niobium-tin superconducting cable and requires more than two years of precision fabrication.

“The central solenoid ranks among the largest, most complex and demanding magnet programs ever undertaken,” said John Smith, GA’s director of Engineering and Projects. “I think I speak for the entire team when I say this is the most important and significant project of our careers. We have all felt the responsibility of working on a job that has the potential to literally change the world. This is a significant achievement for the GA team and U.S. ITER.” The coil terminal box serving toroidal field coils 12 and 13 was lifted and moved inside the basement of the tokamak building. Photo: ITER Organization

Feeding the machine: Thirty-one magnet feeders will share the task of delivering electrical power and cooling fluids to ITER’s 10,000 metric tons of superconducting coils. Feeder segments procured by China and manufactured at the Institute of Plasma Physics of the Chinese Academy of Sciences are now being installed.

According to a construction update issued by ITER on February 15, “The outside appearance of individual feeders translates nothing of the extreme complexity inside; magnet feeders are among the most sophisticated of all ITER components.” Twenty-one of the 31 feeders will be installed in the lower basement level of the tokamak building. The feeder serving toroidal field coils 12 and 13 is depicted in green at center left. Image: ITER Organization

Arranged in circles on the lower and upper levels of the ITER tokamak, the 31 magnet feeders “are like giant syringes, all aiming in the same direction,” according to ITER. While the feeder boxes themselves are positioned outside the machine in the tokamak building galleries, pipes from the feeder boxes extend into the bioshield and then the cryostat. Once assembled, the segments of a single feeder form a system 30 to 50 meters long.

“We cannot eliminate our way to net zero,” said Sen. Joe Manchin (D., W.Va.) during a visit to the ITER site in Cadarache, France, on March 25. “We have to innovate, not eliminate, our...

Plutonium from an International Atomic Energy Agency laboratory in Austria has been removed to the United States, the Department of Energy’s National Nuclear Security Administration...

The trend of big-tech billionaires of Silicon Valley investing in next-generation nuclear energy startup companies continues. In a March 22 article on the Bloomberg website, Lizette Chapman,...