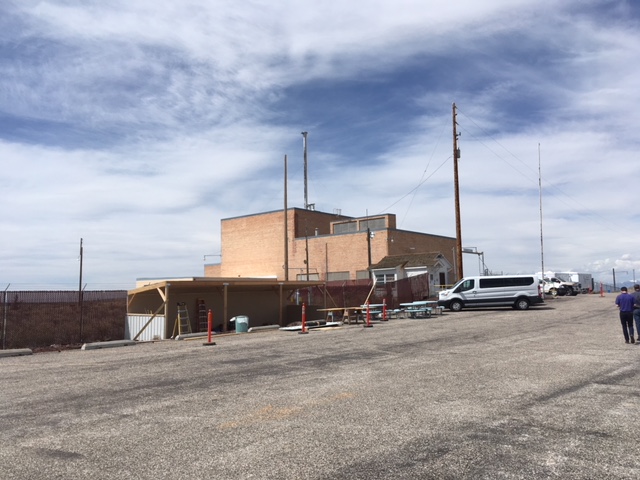 EBR-1 sits in a somewhat remote corner of the already-remote Idaho National Laboratory.  When built at the dawn of the 1950's, the plant was officially in the National Reactor Testing Station - an area procured to allow the construction of various test reactors which could be operated and even tested to destruction in some cases without impact to the public.  While the whole site is gigantic it's possible to spot some facilities at a long distance because of the level ground. 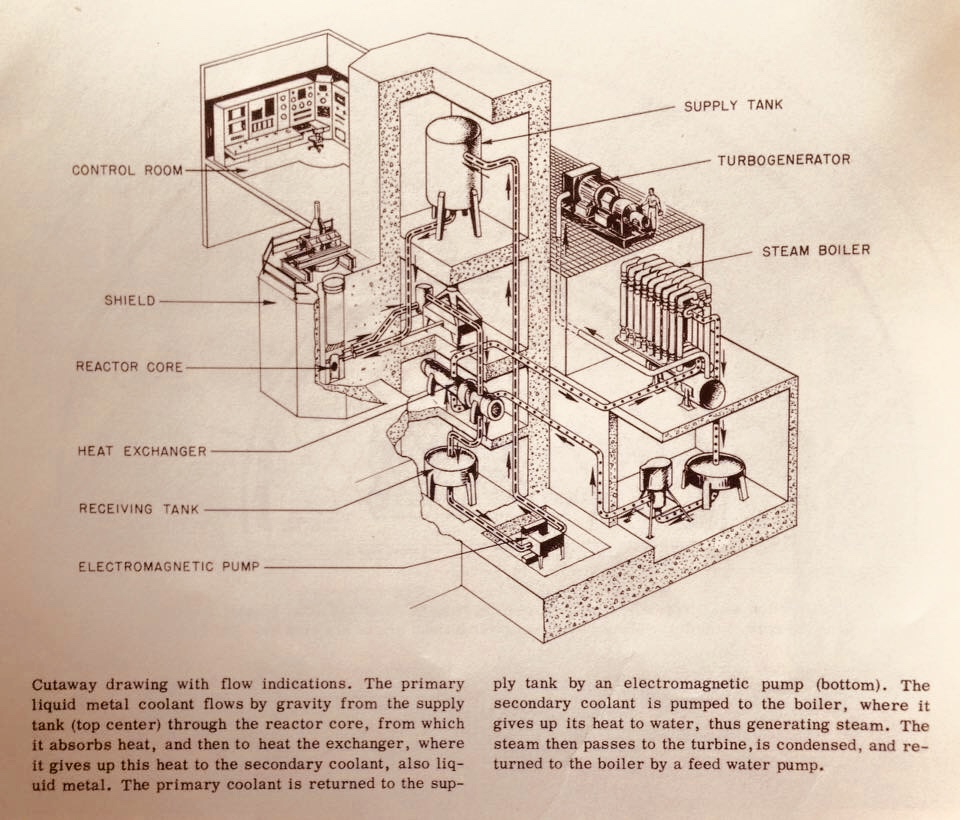 This illustration from my library shows the general layout of this compact plant.  Much of this can be seen today if a tour is made, and a great deal of equipment has been cleaned up and placed on display such as fuel elements.  In order to keep with our theme, take careful note of the turbine generator set seen here ("turbogenerator") near the top right of this illustration.  It was this machine which generated the electricity to power the famous four light bulbs on December 20, 1951. 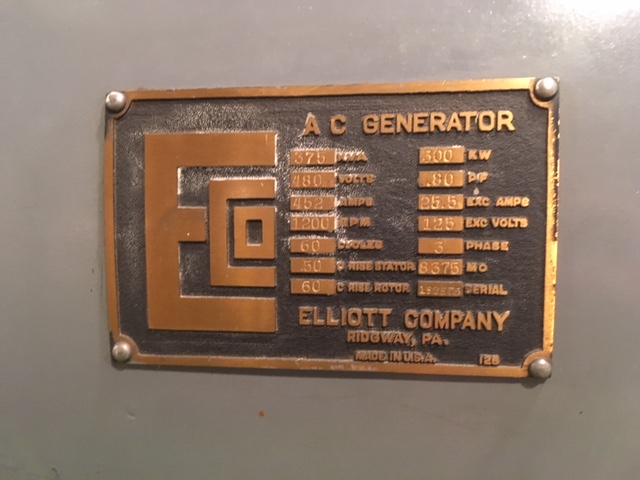 Both the steam turbine supplied to the EBR-1 plant and the Elliott generator, whose identification plate is seen here, were rated for a maximum of 300 KW.  The plant output was somewhat less than this as we'll see in the next illustration. 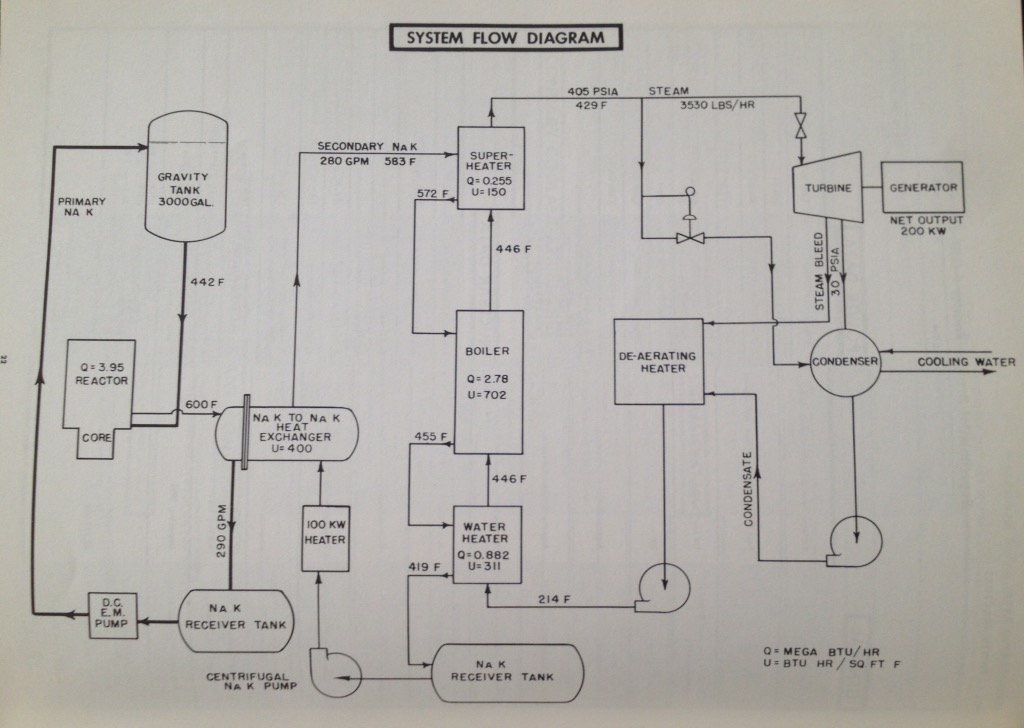 This system balance diagram is interesting overall, but look at the turbine generator at the top right; we can see that the net output from the generator was 200 KWe. 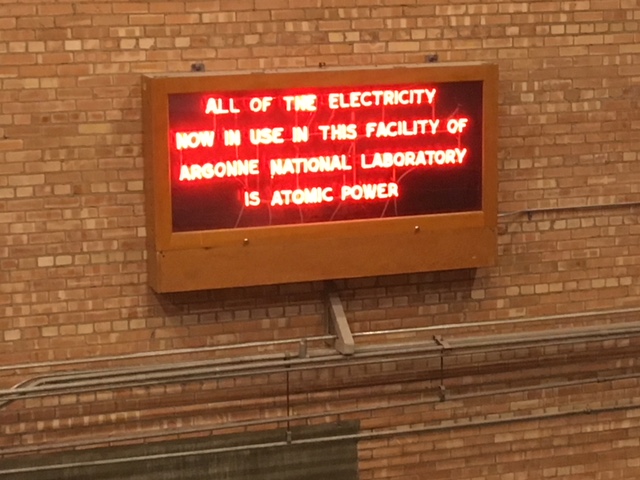 "All of the electricity now in use in this facility of Argonne National Laboratory is atomic power."  Even with its modest output the turbine generator set could supply all of the electric power needed in the EBR-1 facility, as was famously announced by this historic sign still in place inside the plant.  Thus, the light bulb "stunt" of December 20 really belied the true capability of the plant to fully power itself. 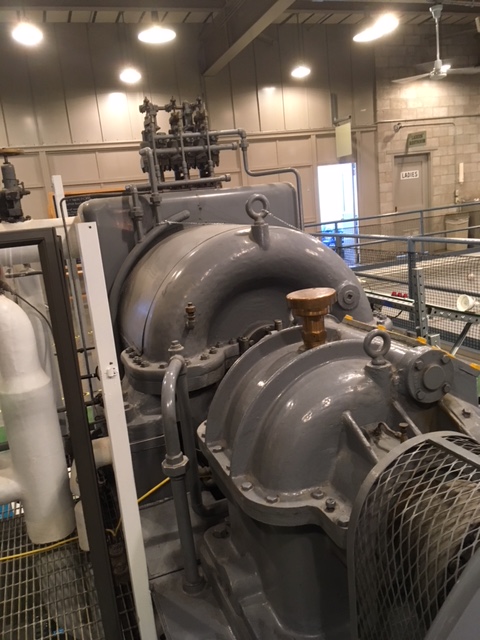 This modern-day view of the turbine generator at EBR-1 shows the steam turbine portion; the throttle poppet valve actuators are visible on the very top, atop the throttle box. 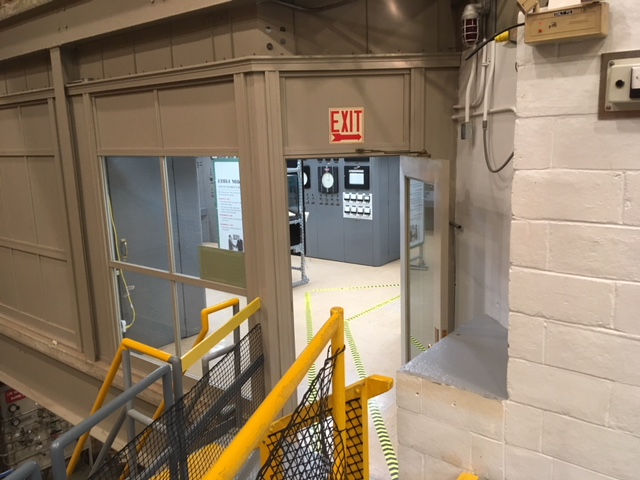 The control room of EBR-1 is completely preserved, giving those who tour a real sense of a step back in time.  The simplicity of the I&C systems of the era is immediately obvious to those familiar with later plants. 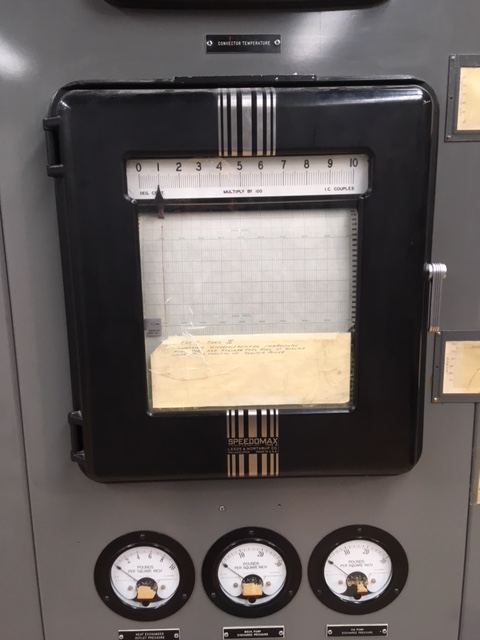 Names seen around the plant, such as Leeds & Northrup, are today but distant memories from the early nuclear era.  L&N, who made the SPEEDOMAX recorder seen here, was known for providing complete unitized instrumentation systems for early research and test reactors.  When reactor vendors began to produce their own I&C equipment for their reactors, contractor / supplier companies such as this were edged out. 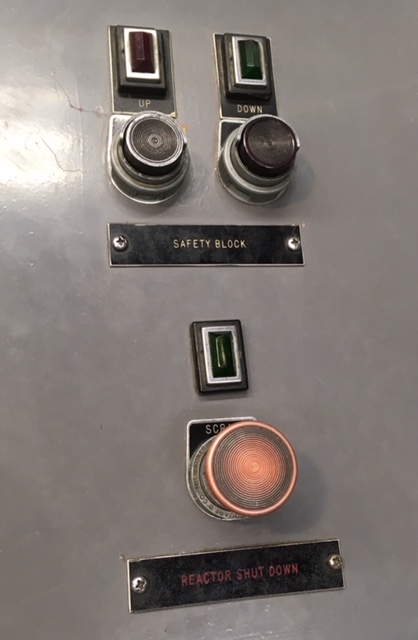 Our final EBR-1 illustration is the SCRAM button.  EBR-1's successful operation led to the even more radical EBR-II facility which incorporated not just a reactor but a complete fuel reprocessing facility.  Both of these still stand today, and while EBR-II is off limits EBR-1 can be toured.  It's worth doing; it's not just a great historical site, but it's worth examining to realize that the December 20 lighting of four light bulbs so often pictured wasn't just some small brief event.  The plant operated for years producing all of its own electric power; truly, it was the first self-sustaining nuclear power plant, and as such was one of the guide posts on the way to truly useful nuclear energy.

Will Davis is a member of the Board of Directors for the N/S Savannah Association, Inc. He has been a contributing author for Fuel Cycle Week, and he used to write his own popular blog Atomic Power Review. Davis is also a consultant and writer for the American Nuclear Society, and serves on the ANS Communications Committee and the Book Publishing Committee. He is a former U.S. Navy reactor operator and served on SSBN-641, USS Simon Bolivar.  His popular Twitter account, @atomicnews is mostly devoted to nuclear energy.  He has an Instagram at @williamdavis5500 but that's mostly dog photos.