A sharp increase in reporting on KEPCO (the national Korean near-monopoly electric power provider) and KHNP (Korea Hydro and Nuclear Power, the nuclear wing of KEPCO) the last two weeks or so by the Korean press has revealed a drastic reversal in the fortunes of this once-shining figure of Korean progress and success, and further implies ripples that perhaps could turn back an already flagging national economy.

Although Korean President Moon Jae-In was elected in part on having a "green" policy platform embracing the killing off of the entire Korean nuclear enterprise domestically, a poll by the Korean Nuclear Society last week revealed that 71.6% of Korean citizens surveyed want the country to retain nuclear energy, the Korea JoongAng Daily reported on August 17.  37.7% of the respondents wanted the country to expand its use of nuclear energy, while 31.6% desired to keep the percentage of energy generated by nuclear at the current level. 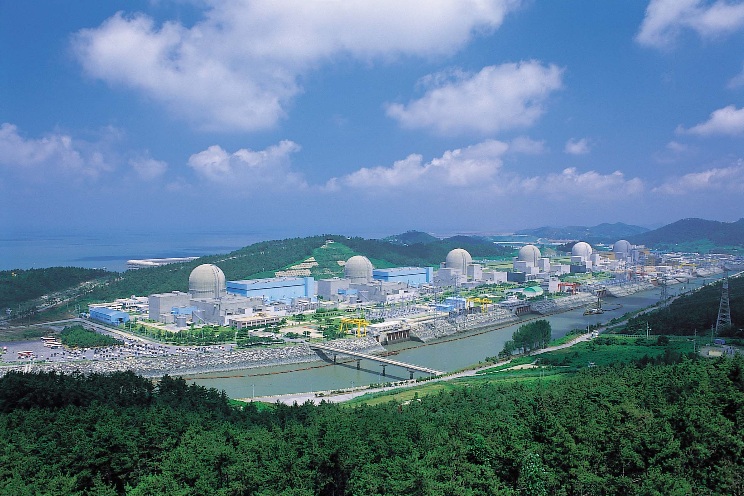 According to JoongAng Daily, 52.3 percent of those surveyed said that they felt that the Korean government should increase the amount of aid it gives to KEPCO to export its nuclear technologies - a very hard sell overseas to customers who realize that the nation's government policy is, for now, to do away with nuclear energy.  Who would buy something that the seller won't use itself?

Aid for KEPCO may be needed more urgently, though, for its bottom line, as it has been reported widely in the Korean press that KEPCO is now in financial difficulty.  According to the Chosun Ilbo, KEPCO's debt has "soared to a record W114.6 trillion" mostly as a result of the shutting down of one reactor permanently (well in advance of its license date), the keeping down of other reactors for inspections, and the vast increase in purchases of fossil fuels to replace nuclear which is down.  This, unfortunately for KEPCO, is happening in the face of record electric power demands in a very hot summer; demand peaked at an all time record of 92.4 million kilowatts on July 24 of this year.

Chosun Ilbo reports that KEPCO's loss in the second quarter of this year was W687.1 billion, bringing the first-half loss to W814.7 billion which was, according to the paper, "the second worst on record since 2012."

The same paper reported on August 3rd that Liberty Korea Party representative Jung You-sub said that KEPCO's "losses are mounting as a result of halting operations of perfectly safe nuclear power plants in the name of bolstering safety."  Interestingly, over half of the people surveyed by the Korean Nuclear Society believed that nuclear power was safe to use in Korea.

This artist's concept from Korea Hydro & Nuclear Power shows Shin-Hanul Units 3 and 4 -- two units that now will never be built. Under the Moon Jae-In administration these two APR1400 units were cancelled; public opinion polls saved Shin-Kori 5 and 6 which were well along in construction. The Moon Jae-In decision also has killed off the advanced APR+ design, a 1500 MWe unit based on the APR1400 with increased margins of safety and which could be built domestically or for export. Cheong-Ji 1 and 2 were to have been the first APR+ units built, but those have also been cancelled.

Regarding the single still-viable reactor arbitrarily shut down permanently by the Moon Jae-In administration, Cho Sung-Jin, the only KHNP board member to vote against shutting down that unit (Wolsong 1) and who resigned because of the corporate decision to follow Moon's wishes, said "I just can't understand the decision," noting that the company spent W700 million to refurbish the unit and extend its service life, according to the Chosun Ilbo.  He also said a new unit would cost W3 trillion.

The same paper reported that, at the KHNP board meeting at which the shutdown call was made, the board was on record as saying that the plant was safe but decided to shut it down due to low capacity factor - ignoring the fact that the government ordered it shut down last year for maintenance.

Cho Sung-Jin is also quoted by Chosun as saying that "In this country, renewable energy such as solar and wind power cannot serve as base power sources.  That's possible only in countries with large desolate regions with plenty of sunlight like India, Africa, and Spain."

KEPCO's only choice in the situation would normally be to pass the higher fuel prices it's having to pay - substituting natural gas and, yes, even coal for nuclear - but in this case the Moon Jae-In administration has ensured that some customers would not have to pay vastly higher bills by intervening in the electricity pricing scheme.  According to JoongAng Daily, immediately after this intervention was made at the end of July, KEPCO's stock began to slip.

That slip, at the start of August became an avalanche when it was revealed that KEPCO was no longer the preferred bidder to take over Toshiba's nuclear project in the UK.  Within a week, KEPCO's market capitalization had dropped over a trillion won, the JoongAng Daily reported August 8.

KEPCO is caught in a terrible position.  The capacity factor of its nuclear plants - once the stable rock upon which Korea's power pricing existed - has been driven down by government policy alone.  Purchasing much more expensive fuel, while not being allowed to fully pass on these costs to customers, is driving the company to record deficits.  Should the company be allowed to pass along these higher costs the Korean economy - already in a slump due to other Moon Jae-In policies which have, among other things, almost totally nullified job growth nationwide - could suffer a serious blow.  Recession isn't out of the question.  With the public clearly in favor of both keeping nuclear and having low power prices, what will it take to open the Moon administration's eyes to the truth? Does the Moon administration see that killing nuclear at home while trying to export it clearly won't sell?  Perhaps the knowledge won't come too late.  We can only hope.