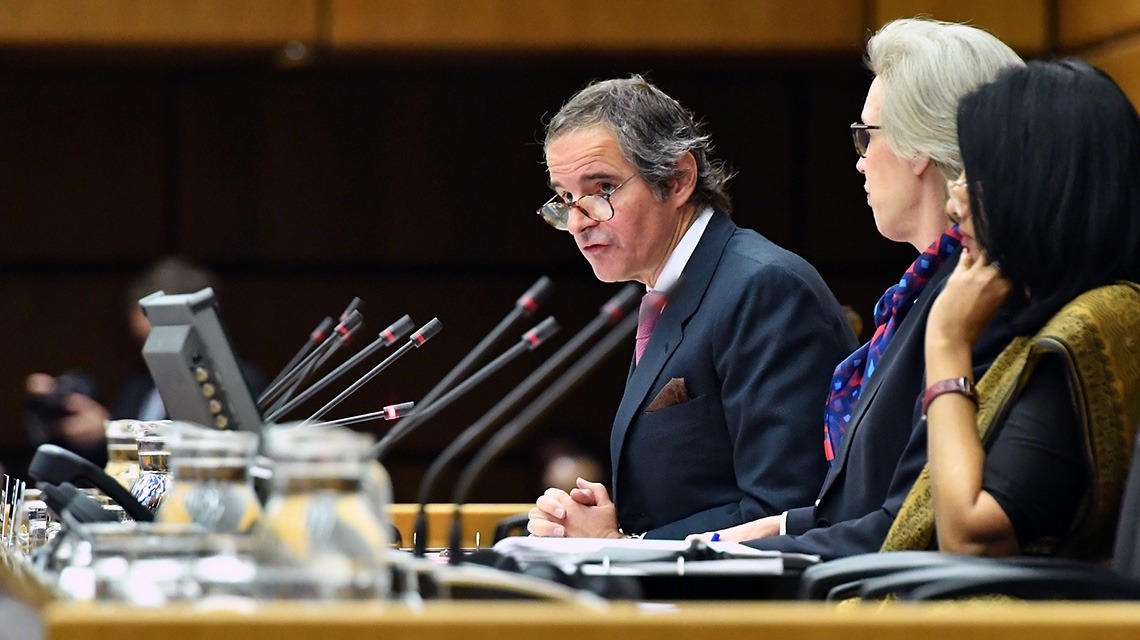 “The agency sought access to two of the locations,” Grossi added. “Iran has not provided access to these locations and has not engaged in substantive discussions to clarify the agency’s questions. This is adversely affecting the agency’s ability to clarify and resolve these questions and to provide credible assurance of the absence of undeclared nuclear material and activities in Iran.”

Grossi presented two Iran-related reports to the board. One concerned Iran’s implementation of its nuclear-related commitments under the Joint Comprehensive Plan of Action (JCPOA), signed between world powers and Iran in 2015. The other describes the agency’s efforts to clarify information relating to the correctness and completeness of Iran’s declarations under its Safeguards Agreement and Additional Protocol with the IAEA. Referring to JCPOA implementation, Grossi noted Iran’s announcement on January 5 that its nuclear program would no longer be “subject to any restrictions in the operational sphere.”

“To date, the agency has not observed any changes to Iran’s implementation of its nuclear-related commitments under the JCPOA in connection with this announcement, or in the level of cooperation by Iran in relation to agency verification and monitoring activities under the JCPOA,” he said. “The agency continues to verify the non-diversion of nuclear material declared by Iran under its Safeguards Agreement. Evaluations regarding the absence of undeclared nuclear material and activities in Iran continue.”

The IAEA also continues to monitor the nuclear program of North Korea using open source information and satellite imagery. IAEA inspectors were required to leave the country in 2009. “We are investing considerable effort in ensuring that we are ready to resume verification of the Democratic People’s Republic of Korea’s nuclear program if a political agreement is reached among countries concerned,” Grossi said. “If and when such an agreement is achieved, we will be ready to deploy our inspectors from day one. The agency will have an indispensable role to play.”

Grossi updated the board on progress in the modernization of the IAEA nuclear applications facility in Seibersdorf, near Vienna. He announced plans to construct a new building to house four upgraded laboratories. The modernization project will improve the IAEA’s capacity to support member states in the use of new nuclear scientific instruments as well as nuclear techniques in food and agriculture, human health, and the environment. Grossi also announced a new initiative to encourage more women to study nuclear science and technology. The IAEA Marie Sklodowska-Curie Fellowship Program will provide scholarships and internships to successful candidates.