During the past several years, I have been following the progress of a strange situation in my adopted state of Virginia. Despite being a state with a long history of mining and mineral extraction, we have a law in place that forbids mining one specific element-uranium. The law is technically just a temporary moratorium put in place in order to give the state's regulators time to draft effective regulations, but the law enacting the moratorium was put into place more than 30 years ago.

At this point, it is rather difficult to consider that it is just a temporary measure, especially since there is no longer any progress being made to begin drafting the required regulations. There has been work in progress since 2008, but it has recently hit a pretty substantial barrier.

The governor-elect, Terry McAuliffe, made a statement about a week after his election party ended, stating that he would veto any legislation that ended the moratorium. Since he expects no change in the moratorium while he is governor, he said he would oppose any effort to begin drafting rules as a waste of time and money. The governor made that decision after a strong sales effort by people who did not like the idea of allowing uranium to be mined in the state.

I've spent some time on the phone with Ben Davenport, the leader of one of the main opposition groups. He told me that he and his group are strongly pronuclear and believe that nuclear energy is the cleanest and best way to produce electricity. However, Mr. Davenport and his group believe that mining uranium is the dirty end of the business that should be done somewhere else.

I believe that the established nuclear energy interests in the state have missed a good opportunity to build an effective coalition that would take advantage of a teachable period to help people understand more about nuclear energy, the basic materials that enable it to function, the measurably minor health and environmental impacts associated with modern mining, and the economic benefits that result from materials extraction from the earth.

The people who are already in the nuclear industry are the ones who are most likely to understand that it is a safe, clean, and productive industry with the ability to provide great benefits to society. We need to practice our ability to more clearly communicate those aspects of our business to a public that has been subjected to many negative perspectives, often from people with economic interests for spreading fear, uncertainty, and doubt about our technology.

One aspect of economic development that seems to elude most people who do not live in Texas, Oklahoma, or Alaska is that businesses that pull valuable materials out of the earth are essentially finding money that makes the resource pie larger for all of us. Though mining opponents claim that there is plenty of uranium available on the world market-and they are correct under current conditions-they fail to understand that the money spent to purchase that uranium from somewhere else goes to the supplier region and is spent there.

Money used to purchase uranium in Virginia, on the other hand, stays in the United States. It ends up in the pockets of people who shop locally, dine in local restaurants, buy propane from local distributors, pay mortgages to local banks, and send their children to local schools. The valuable material adds wealth and capability, especially compared to simply leaving the material resting in the ground.

Because the nuclear industry in the United States grew up after the Cold War weapons program, we ended up with a geographically dispersed industry that prevents the kinds of sensible concentrations that yield substantial scale benefits to most other industries. Virginia-based companies have the opportunity to streamline the nuclear fuel fabrication supply chain and to take advantage of synergies that result when there are several different employers looking for people with similar skill sets in a geographic area.

There are potential political and public acceptance benefits for concentrating a complete industry supply chain in a defined geographic area. That is especially true when the industry is something disruptive that has complex or unique features that require knowledgeable communicators who can help the public and the politicians understand the impact of their decisions on the industry.

Many of the elements of this kind of concentration exist in southern Virginia, where there are nuclear power plant vendors, nuclear fuel suppliers, a nuclear power plant operator, a nuclear capable shipyard, nuclear engineering programs at regional universities, and a number of nuclear-powered ships. Unfortunately, many of these elements are not allowed to talk to each other and have a long history of maintaining "radio silence" among their neighbors and friends.

Here is a vision that I would love to see being pursued-I'd like to see the companies that are already engaged in the business of creating finished actinide fuel components and the machines that use those finished assemblies talk with the people who own a large uranium deposit with a potential worth of $7 billion. The same people own several thousand acres of land surrounding that deposit.

The discussions need to include businessmen who are already operating successful enterprises and are devoted to improving the foundations of the local economy. I'd like them all to think and talk about the possibility of siting additional training facilities or laboratories related to fuel conversion, enrichment, and fabrication on the site. The site might even be suitable for demonstration and test reactors that can serve as long term training facilities.

There is already usable railroad infrastructure in the area that is connected to one of the most capable ports in the world. The supply chain of manufactured parts required for small modular reactors need to be produced somewhere; why not in some of the places in southern Virginia with a long history of manufacturing, with skilled populations that know how to work with their hands? Craftsmen can learn to master the demanding quality assurance requirements for nuclear parts; those skills have wide applications and are not easy to outsource.

Some of the people who have opposed the uranium mining make it very clear that they are opposed because they believe that the perceived risks outweigh the benefits. So far, those benefits have been described to them as the potential for several hundred good jobs sometime in the uncertain future, after all of the licensing and permitting work is complete.

The good, practically minded people in the area know that job promises do not provide any meals, do not help educate any children, and do not increase the customer flows at any local businesses. Perhaps, by applying some creative thinking and vision, good jobs can start more quickly and lay the groundwork for a sustainable industry that will enable long term prosperity and resilience.

The site of the Alliance for Progress in Southern Virginia has some rotating photos that include one with a beautiful rolling pasture, complete with a few dispersed bales of hay. I enjoy bucolic scenery, and believe strongly that appropriate nuclear energy facilities can fit into that scenery quite nicely. However, from an economic development point of view, there are few land uses that are less progressive or economically important than growing hay. 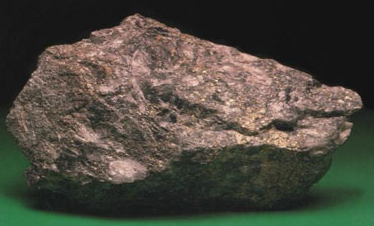 High-assay low-enriched uranium (HALEU) is the power-dense feedstock of choice for a slew of advanced reactor designs. There’s just one problem: It isn’t available . . . yet. Downblending...

Oklo plans to fuel its demonstration microreactor with high-assay low-enriched uranium (HALEU). To secure a source of HALEU for its nth-of-a-kind microreactor, Oklo has signed a nonbinding...

For years, pressure has been building for a commercial path to a stable supply of high-assay low-enriched uranium (HALEU)—deemed essential for the deployment of advanced power reactors—but...

The United States Congress needs to take swift action to build a domestic supply of fuel for advanced reactors and to avoid future dependence on Russia for advanced nuclear fuel, the American...