The court essentially has ruled that the administration's termination of the Yucca licensing process is illegal, as it is in violation of the Nuclear Waste Policy Act (NWPA). On August 13 of this year, the court directed the Nuclear Regulatory Commission to resume the licensing process, but allowed a comment period to determine how best to proceed.

In a more recent (November 18) ruling, the court has given more specific instructions (summarized in this NRC order). It has ordered the NRC to complete the Safety Evaluation Report (SER) for the repository, and to place all licensing documents that support the Yucca application into its official records system, where they can be accessed by the public. The court also requested that the Department of Energy complete an Environmental Impact Statement (EIS) that is required for repository approval.

The administration, as well as the NRC, has tried to argue that even if required by the NWPA, the NRC cannot complete (or continue) the licensing process since Congress has not appropriated the money to do the work. However, it appears that this will not get in the way of the NRC complying with these recent court orders. Documents show that the NRC has $11 million in "unobligated carryover funding" that was originally appropriated in 2011. The NRC staff estimates that $8.3 million will be required to complete the SER. 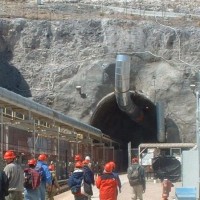 A completed SER, with a positive conclusion, would represent a scientific determination by the NRC's technical staff that the repository would meet all the (strict) technical requirements. Although the full licensing process would still involve steps for legal challenges and other stakeholder input, a final, published SER would essentially settle the scientific/technical question as to whether or not Yucca is a viable solution to the nuclear waste problem.

The court also handed down a ruling that indefinitely suspends the 0.1 cent/kW-hr fee that the federal government has been collecting from nuclear utilities to support the nuclear waste program. The fund has been collecting ~$750 million per year from nuclear utilities, and has accumulated almost $30 billion, despite the ~$12 billion that has been spent already on the Yucca project. The court order would zero out the fee indefinitely (probably until a new repository project was started, at a new selected site).

The Yucca project has been terminated, or is at least on indefinite hold, and no other repository site is being pursued or characterized. Thus, it is not at all clear what significant (and justifiable) expenses the program would face in the near- to mid-future. Given that any repository operations date has been moved far into the future, any expenses related to shipping and handling fuel have also been moved into the distant future. Thus, the court concluded that there is no reason why additional contributions to the fund are needed and justified.

In an attempt to justify the continuation of the fee, the DOE produced an extraordinarily wide estimated range for the total eventual cost of the repository program; essentially arguing that it had no idea what it would cost. The court sharply disagreed with the DOE's cost estimates, calling its fee assessment "fundamentally flawed", "legally inadequate", and "absolutely useless." The court, in fact, ridiculed the DOE's fee assessment (and the absurdly large cost estimate range), saying that it "reminds us of the lawyer's song in the musical "Chicago"-"Give them the old razzle dazzle." That is, the court suggested that the DOE was being deliberately dishonest and evasive.

I believe that both decisions will significantly benefit nuclear, for the following reasons:

I've always believed that having the NRC publish a SER, which determines that Yucca Mountain is a scientifically and technically sound solution for permanent nuclear waste disposal, would be of significant value to nuclear power, even if the project does not end up going forward.

The fact is that nuclear waste can be stored at plant sites, very safely and at very low cost, due to its miniscule volume. My view is that the biggest negative impact of failure to resolve the nuclear waste problem is that it leaves the public with a false impression that nuclear waste is a unique, intractable problem with no acceptable technical solution. In terms of long-term health/environmental risks, the real truth is that nuclear's waste problem is more technically solved than that of many, if not most, other industrial waste streams, including those of fossil fuels. The false notion of intractability is a source of significant public opposition to nuclear power. That opposition, in turn, leads to the use of fossil fuels in lieu of nuclear, which results in public health risks and environmental impacts that are orders of magnitude larger than any that will ever be caused by nuclear waste, no matter where or how it's disposed of.

A SER, with a positive conclusion, published by the NRC's objective technical staff, could go a long way toward ameliorating those (mostly unfounded) concerns on the part of much of the public. Even if Yucca does not go forward, it can be argued that while Yucca was a technically sound (adequate) solution to the problem, we are choosing to pursue other options that are even better and/or have a greater degree of state and local public support. The point would be that it is not the case that we have no acceptable options (i.e., that we are "doomed" in some respect). We will be able to say that we know the waste will be buried in a way that does not result in significant long-term impacts or risks, given that we know we have at least one technically sound option.

The advantage of a published SER will only be significant if scientists and the nuclear industry and its supporters highlight the SER's conclusions and strongly make the above case to the public. The publishing of the SER, as well as its scientific significance with respect to the real risks of nuclear waste disposal, will not be noticed by the public unless we make an effort to raise public awareness. A clear message must be sent that the nuclear waste problem has been solved, from a scientific and technical perspective.

As for the waste fee, it's clear that further contributions are not justified. Not only is there no repository project to spend money on right now, but since any project, and any significant expenditures, have been pushed far down the road, long-term interest on the funds already accrued would likely be sufficient to cover any future expenses. At a minimum, it's clear that the fee should be suspended until a new site is selected and significant (and justified) program expenditures resume.

One almost has to wonder if the government was deliberately dragging its feet on moving forward with a repository, making the fee essentially a nuclear power tax that the government could use to spend on other things-or, at least, use the trust fund to make the deficit/debt appear smaller. With the fee suspended, and with courts requiring the government to compensate utilities for on-site storage costs, the government may finally have a financial incentive to actually resolve the problem.

The immediate effect of the suspension is to reduce nuclear plant operating costs by 0.1 cents/kW-hr (i.e., $1 per MWh). Given the financial pressures that many older, smaller existing nuclear plants currently (and hopefully temporarily) face, every little bit helps. The fee elimination could well reduce the probability of seeing any more plant closures over the next few years. That, in turn, would significantly benefit both public health and environment, and reduce CO2 emissions.