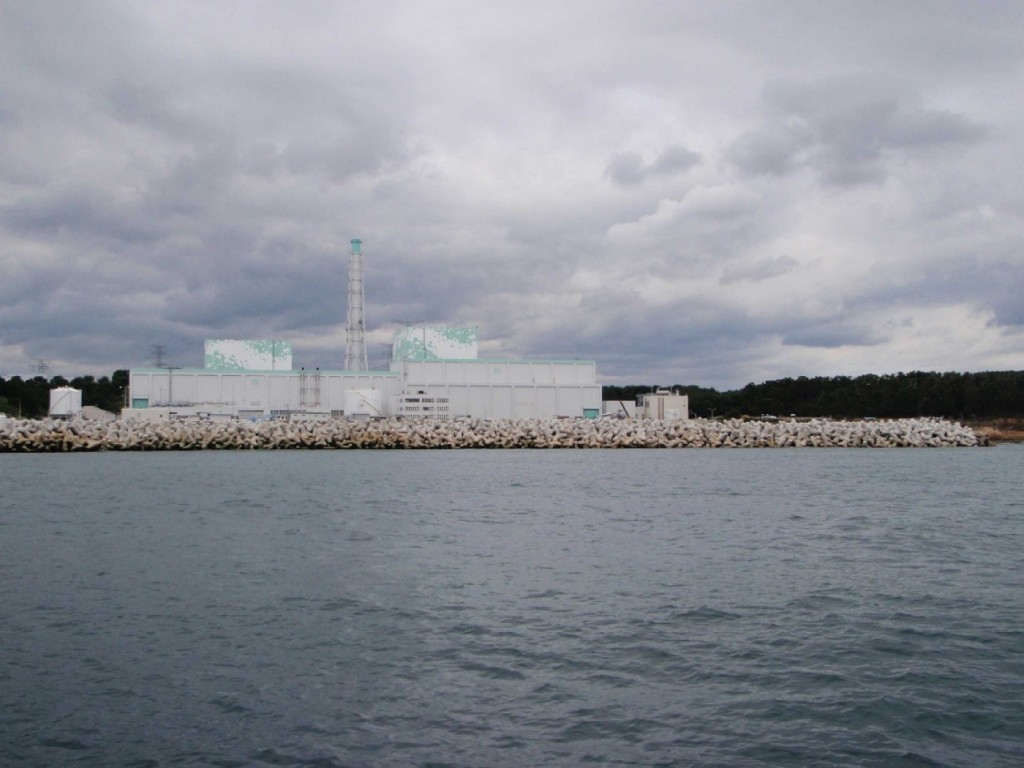 At the time of the Great Eastern Japan Earthquake, Units 5 and 6, which are sited several hundred feet to the north of the other four units, were already shut down for their periodic detailed inspections-a normal practice in Japan. Both units' reactors had fuel installed, with the reactor vessels closed and bolted and all control rods fully inserted; Unit 5 was undergoing a pressure test at the time of the earthquake. Because the units were not at power, no nuclear accident occurred at either plant, although decay heat from the fuel did have to be dealt with. The plants suffered some damage from the tsunami, but it was less serious generally with these units because they sit three meters higher than the other four units on the site.

The emergency diesel generators at these two units were not flooded out, but did lose their cooling when plant service water went down, and so were unavailable for providing electricity. Three diesel generators on site (one each at Units 2, 4, and 6) were "air cooled," meaning that they had self-contained radiators that didn't require the plant's seawater systems to be operable. Flooding damage to electrical switchgear rendered these engines at Units 2 and 4 useless, but the Unit 6 equipment remained fully operable throughout the event; this was the only installed plant diesel generator at any location on the Fukushima Daiichi site to remain operable. All others were disabled by direct flooding, or by flooding of switchgear used to distribute power, or by loss of seawater cooling pumps required for their operation, or loss of fuel supply, or a combination of these factors.

Emergency cooling restoration methods such as were being attempted at the other four units were successful at Units 5 and 6, for both the reactors and the spent fuel pools; a condition of "cold shutdown" was declared on March 20, 2011, for Units 5 and 6.

Because these two units weren't damaged nearly as seriously by the tsunami, or even by the explosions at the reactor buildings of Units 1 and 3, they were more or less wrapped up and put in stasis-that is to say, while TEPCO initially included references to these units in its timeline plans for the site, reference was dropped some time ago and the units were essentially left out of all official announcements.

Perhaps Abe questioned efforts (whatever they might be) being put into the units on site, or it occurred to him to ask whether TEPCO had any plan at all for them. This remains unknown. What seems clear, judging by TEPCO's response, is that TEPCO did in fact have plans to operate the units at some time in the future, because it says that it will decide their fate by the end of the year.

At least one Japanese government official has floated the concept that demolition of these two units could serve as valuable training for personnel that will have to dismantle the damaged units on the site-and this would add the option that once the units are gone, extra space for contaminated water storage on site would be available. TEPCO has made no response to this suggestion.

What stands (and has stood) in TEPCO's path, of course, is the adamant refusal of the Fukushima prefecture's local government to allow any future nuclear plant operation on its soil. This situation is somewhat analogous to what we've recently seen in Vermont, where the Vermont state government has continually (and unsuccessfully) tried to insert itself into what is really the scope of the Nuclear Regulatory Commission's authority.

In Japan, the prefectural governments do absolutely have a say in the operation of nuclear plants within their borders, and ever since the Great East Japan Earthquake, utility companies have been deeply engaging these governments around Japan to attempt to restore trust lost after the Fukushima accident. Consideration has also been made in some prefectures that neighboring prefectures, potentially affected in case of an accident, might also be included in the decision-making-rendering the process more regional than local.

What Abe's statement to the press might actually mean is that TEPCO and the Fukushima prefecture could get forced into a discussion that TEPCO likely does not want to have-that is, a discussion about what the eventual fate of not only Fukushima Daiichi 5 and 6 is, but also the fate of all four units at the distant Fukushima Daini nuclear station will be. Fukushima prefecture has publicly and clearly said "never again" many times to every press agency and outlet in Japan, so its stance could not be more clear. TEPCO would have to get permission from this government first before even thinking of petitioning the new nuclear regulator in Japan for checks in advance of operation. This seems extremely unlikely at best.

TEPCO does have one piece of good news to embrace, coming not from the east coast of Japan where Fukushima is located, but from the west; TEPCO's president has twice visited with the government of Niigata prefecture, wherein is located the gigantic Kashiwazaki-Kariwa nuclear station, in order to get permission for safety checks of this plant. Stress tests for Unit 1 (oldest) and Unit 7 (newest) were completed some time back, but permission for operation now depends on the new Nuclear Regulation Authority (NRA) checks and inspections.

Niigata prefecture previously rebuffed TEPCO's efforts at permission for these checks for Unit 6 and Unit 7 on the site, since TEPCO had made overture to the NRA prior to making overture to Niigata. In fact, Niigata's governor refused to accept a report from TEPCO in a public display of displeasure. However, just this week the same report was accepted by Niigata's governor, and it has just been announced that Niigata prefecture has approved TEPCO's application. TEPCO will apply for checks on Kashiwazaki-Kariwa tomorrow (September 27.)

The checks will be conducted only for Units 6 and 7 at Kashiwazaki-Kariwa. These two units are the only Advanced Boiling Water Reactor (ABWR) units at any TEPCO site, and are among the most modern in Japan-having entered service in the mid 1990s. TEPCO however certainly expects, eventually, to operate all seven units at the site and has, as we have reported on this site before, been pouring massive amounts of money and material into the entire site.

It may be inaccurate to say in astronomical terms, but it appears for the moment that in the case of TEPCO and nuclear energy, the sun is rising in the west, and potentially setting forever in the east.

ANS Nuclear Cafe's most recent previous post on the ongoing Fukushima Daiichi recovery and remediation can be found here.