Last week Dan Kahan, Harvard professor and member of the highly important Cultural Cognition Project, released his latest research about how scientific evidence impacts opinions. It was published under dim headlines such as Scientists' depressing new discovery about the brain and elicited equally defeated sounding tweets and Facebook posts from science communicators all over the globe.

Here are examples of corroborated findings, which offer insight into why many cringed to hear their worst fears confirmed:

Perhaps I am just wired to be an optimist, and perhaps it's rooted in my own confirmation bias, but the thing that really jumped out at me was the very last finding, that when people reflected on a positive experience first, they became significantly more likely to accurately interpret the data in front of them. For me this is exceptionally good news, despite the broader finding that facts themselves do not easily change closely held opinions.

I've noticed that some in the nuclear industry find utilizing this type of social science in outreach efforts to be a forbidden form of voodoo. But I personally see no moral issue with making it a point to be positive and kind toward people in my outreach efforts, knowing that it improves the likelihood that they'll be more open to hearing factual information about nuclear energy. In my mind it is the ultimate win-win, because I just try to be nice to people in general. It even confirms recent advice I gave after a presentation when someone asked, "What is the most effective outreach technique you've discovered?" and I answered, "Being nice."

In addition, I want to point out that for very many people, viewing art is a very positive experience and that carefully designed public art at nuclear sites can act as a positive primer in learning about the technology. New public art projects would also likely be international news and excellent social media content, which could multiply that positive experience far beyond the site itself. While it may sound whimsical, it is supported by social science and would benefit the global industry.

While huge declarations about better communications are always coming from leaders of the nuclear industry, we need to take the next steps and figure out how exactly we do that. According to the folks at the World Health Organization and the World Nuclear Association, as an industry our communications failures are officially more deadly than our technical failures (scroll down to the September 9 announcement When words cause more harm than radiation)-so I think the issue deserves less lip service and a lot more action.

In close, I want to challenge nuclear supporters to be kind, and to try new approaches-focus on building relationships rather than trying to convince people that nuclear is the solution, or worse, trying to prove them wrong and yourself right (more on that: How to win every argument). It's time for the nuclear industry to take a science-based approach to communications, which means accepting that the facts alone are not enough. 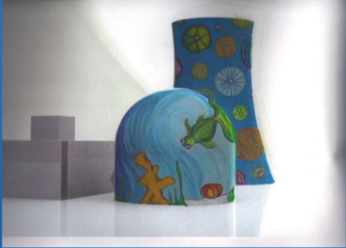 [Suzy is at it again, this time touring nuclear sites all over North America. Make sure to check out her latest adventures at the Nuclear Literacy Project] ...

In this delightful video montage, meeting photographer Suzy Hobbs Baker takes us on a trip back to the people and events of the 2013 American Nuclear Society Annual Meeting. A big thank you to...

Last week two leaders in business and politics spoke out about an issue that I care very much about: gender equality....

What marriage can teach us about the nuclear waste problem...

Why problem-solving is more than finding technical solutions

or: When nuclear supporters are their own worst enemies...