Dr. Ernest Moniz, now US Secretary of Energy, offers some words on the rationale behind government involvement in cost-sharing agreements for the development and licensing of small modular reactors. Babcock & Wilcox won the first such funding with its mPower project, and further applications are currently under consideration, with an announcement from the Department of Energy expected soon. See Update and Perspective on Small Modular Reactor Development for a good introduction and overview of SMR development, features, tradeoffs, and potential pitfalls.

Switch is a documentary on the worldwide future of energy, directed by Harry Lynch and produced by Arcos Films, released in 2012. The title derives from the point at which energy derived from fossil fuels, compared to all other energy sources, will switch places in terms of providing the majority of world energy-possibly as soon as 50 years from now.

The full interview with Dr. Moniz on energy is quite interesting in its own right:

Thanks to Arcos Films for producing and sharing this video. 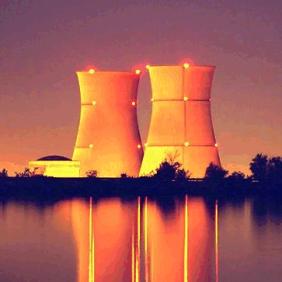 A recently published paper on clean energy policy for economic recovery calls for the preservation of the current U.S. nuclear reactor fleet and the deployment of advanced nuclear...

The Nuclear Threat Initiative’s 2020 NTI Nuclear Security Index, released last week, finds that progress on the protection of nuclear materials and facilities has slowed significantly over...

What role can nuclear power play in getting humans to Mars or eliminating climate change? Nuclear energy has an increasing role in medicine and safety and security. Industry leaders,...