On August 27, Entergy announced that it plans to close the Vermont Yankee nuclear power plant in the fall of 2014, when the plant's current fuel is depleted. Entergy plans to decommission the plant using the SAFSTOR option, which consists of defueling, mothballing the plant for a period, then dismantling it by the end of 60 years. Entergy said that it is closing the plant because it is no longer projected to make money, considering the estimated future natural gas prices. Electric power generated by gas is now over 50 percent of the ISO-New England grid. 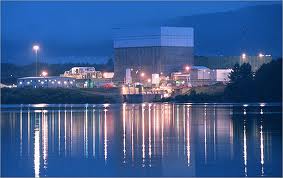 The announcement came as a surprise to all of us nuclear advocates here "on the ground" in Vermont, although the economy of the plant had been a topic of discussion by financial analysts in the media. For all of us who have worked so hard in support of the plant, and nuclear power, the plant's announced closing brings a great sadness. We have done our part, and done the best we could, to promote the continued operation of Vermont Yankee. We succeeded through the plant's relicensing and the federal court cases. On August 13, the U.S. Second Circuit Court of Appeals announced its verdict in favor of the plant. The court found that the state of Vermont had tried to regulate radiological safety, which is by law exclusively the domain of the federal government. Nonetheless, the arrival of shale gas has lowered the price of electric power to the point that Vermont Yankee's break-even price is undercut.

What are we supporters to do now? Do we curse fate and Entergy management for not hanging on? Do we shed tears, lick our wounds, and slink off into the night? NO! Our advocacy goes on. The underlying issues remain the same. The world-wide antinuclear movement seeks any opportunity to discredit nuclear power, in any way it can-by delaying legal proceedings, protesting in order to run up costs, and every other possible tactic to serve their purpose. Vermont Yankee's decommissioning is yet another opportunity for the antinuclear movement. Historically, it has inserted itself into other decommissionings in New England.

The state of Vermont, through the governor and others, have announced that it will oppose the SAFSTOR option, and advocate for finishing the decommissioning as soon as possible. This is not a surprise. Vermont Yankee received a 20-year license renewal from the Nuclear Regulatory Commission in 2011. During the relicensing discussions, decommissioning was examined. The opponents said that they want everything about the plant gone as soon as possible. They are demanding a "greenfield" process where the site is returned to its condition prior to the plant's construction, and is available for unlimited use. Their definition of "greenfield" includes excavating, no matter how deep, to remove all traces of even the non-radioactive foundations. The governor tipped his hand two years ago, as reported in this Yes Vermont Yankee post.

Once in a while, when trying to prove a point, the proof drops into your lap. On September 4, an op-ed by one of the Vermont Yankee opponents was published. It clearly says that the SAFSTOR proposal is a "line in the asphalt." All of us who believe in nuclear power need to read, and understand, what this letter means.

There is much work to be done here and elsewhere in continuing to tell the truth and opposing the spread of Fear, Uncertainty, and Doubt at the grassroots level.

A decommissioning plan is not due to the NRC until two years after the plant's shutdown. Then, the discussion begins. That could be the end of 2015 or 2016.

Howard Shaffer has been an ANS member for 35 years.  He has contributed to ASME and ANS Standards committees, ANS committees, national meeting staffs, his local section, and was the 2001 ANS Congressional Fellow.  He is a former member of the ANS Public Information Committee, consults in nuclear public outreach, and is coordinator of the Vermont Grassroots Project.

Shaffer holds a BSEE from Duke University and an MSNE from MIT.  He is a regular contributor to the ANS Nuclear Cafe.