The past week was the Week of Living Lawyerly in Vermont.

Within the space of one week, the Vermont Yankee nuclear power plant had to defend itself in two courts and at one Public Service Board hearing. Three separate courts, each one supposedly deciding whether or not the plant would keep operating. Each case was based on a different issue. All the cases together added to the pain and uncertainty for workers at Vermont Yankee.

All of the cases also added to fatigue for plant supporters. I think I am typical. If there's an important hearing about Vermont Yankee, I do my best to attend it. With three separate hearings in one week, I threw up my hands and decided to follow the results in the press rather than attending. I am not proud of this. I am just saying that eventually, fatigue does set in for plant defenders.

Well, enough about me. In this post, I will cover the hearing at the federal court of appeals in New York City. If you wish to hear the hearing for yourself (it's less than 40 minutes long), the audio is embedded in my blog post "Vermont Yankee: State Claims Economic Argument for Closing Plant."

The federal court hearing: pre-emption or what?

In January 2012, in federal district court, Judge Gavan Murtha ruled that the legislators of Vermont had been voting on nuclear safety when they voted against Vermont Yankee. The Entergy legal team had shown quote after quote of legislators discussing the safety of the plant. Sometimes the legislators used a thin screen of "reliability" concerns, including the priceless statement: "We can't use the s-word (safety)." Judge Murtha used many safety-related quotes in his ruling.

The lead lawyer for Entergy in that case was Kathleen Sullivan, former dean of the Stanford University Law School. The state legal team was drawn from the office of the state attorney general, Bill Sorrell. When the court decided in favor of Entergy, many opponents claimed that the Sorrell's team had simply been "out-lawyered."

Vermont's case against the plant

Then, Vermont appealed the district court ruling to the federal court of appeals in New York City. For this appeal, Vermont hired a noted Washington D.C. legal firm to represent the state, and the firm's lawyer David Frederick spoke for Vermont in the court of appeals.

Vermont had three main contentions in the appeal.

Number 1: It was procedural

The first Vermont claim was that the legislator's involvement in the plant relicensing was merely "procedural." I wouldn't even mention this, except that if you listen to the audio of the hearing, you will hear Frederick state many variations on the theme: "Act 160 was merely procedural." The justices didn't spend much time on that, but rather tried to figure out what was behind the vote to shutter the plant.

The second Vermont claim was that the Entergy lawyers had "cherry-picked" the legislators' safety-related statements and that Murtha had merely used what the Entergy lawyers gave him. Vermont claimed that the legislative vote wasn't about safety. A few people did say some things about "safety" but really, no big deal. The hearing included quite a few discussions of other cases, and how much importance should be given to legislative "intent".

However, this discussion led right up to the really big question, the big issue. If the Vermont legislators weren't concerned with safety, what were they concerned with?

Number 3:  Vermont's concern was mainly economic. It chose to shut the plant down for economic reasons.

"Economics" was a very odd argument, because the plant is acknowledged as an economic benefit for the state economy.

In terms of economics, the legislature had commissioned a report on Vermont Yankee economics, to be prepared by two separate economic firms and called the "consensus report." That study was due to be completed in March 2010. But the legislature voted about the plant before the report was finished. They voted in February, shortly after a tritium leak had been discovered, but before their own economic report was available.

If the legislature had waited a few weeks, they would have had the report. Also, after the report was completed, it was hardly discussed at all in Montpelier (it showed the plant as an economic asset, of course). So, the legislature's "economic" reason for closing the plant was totally bogus on the face of it.

The attorney for the state, David Frederick, made shockingly weak economic arguments. He claimed that the existence of the already-paid-for nuclear plant made it difficult for renewables to compete. Entergy attorney Kathleen Sullivan demolished that argument: If you don't like us, don't buy from us. The idea that a power plant supplies economical energy, and thus THAT is a reason to shut it down, because it's too competitive...that illogical thinking is amazing.

But the Vermont economic arguments got even worse. Yes, they did.  If you have a chance, listen at the 35-minute mark of the hearing. Frederick, arguing for the state, says that the utilities still have a "relationship" with the plant worth $587 million dollars. He claims that this relationship, this tie to the plant-is a reason to shut the plant down.

Frederick is referring to the revenue-sharing agreement. According to the requirements of the 2002 sale to Entergy, the plant has to share some of its revenues with Vermont utilities. If Vermont Yankee is operating past 2012, and the plant sells power to anybody (Vermont, Connecticut, whomever) and it sells that power at above 6.1 cents per kWh ("strike price"), it has to share part of the revenue above 6.1 cents with Vermont utilities. If Vermont Yankee makes a deal with a Massachusetts utility to sell power at 8.1 cents, then it has to pay 1 cent (half of 2 cents above the strike price) to Vermont utilities.

In my own talks, I describe the Vermont Yankee revenue-sharing agreement as "potentially worth hundreds of millions to the utilities and ratepayers of Vermont." I don't know where Frederick came up with such a precise number ($587 million) for revenue sharing. Wherever the number came from, however, he claims this huge financial asset to Vermont utilities is a reason to shut the plant down. Well, that is an unusual claim.

The state's case in the appeal process is supposedly based on economics, and frankly, their case is screwy and backwards. I can only hope that the appeals court notices the gaping holes. In summation, I will quote a Vermont Law School professor, Cheryl Hanna. She was at the appeals hearing in New York and wrote a "recap" about it. My quote is taken from the last paragraph-her summation of what she heard:

"The state should be happy that the (appeals court) bench at least took seriously their argument that Judge Murtha should not have ruled as he did. Whether the gravitas and intellect of Frederick (the state lawyer) is enough to convince them in the face of overwhelming evidence that the legislature was primarily motivated by safety is harder to call. The state still bears the burden, and the facts and (in my opinion) the law still favor Entergy. If the state loses, it won't be because it was out-lawyered. It will be because, in the end, a federal court was reluctant to shutter a federally-licensed nuclear power plant on the basis of this particular legislative history. That has as much to do with judicial conservatism as it does with nuclear power."

Howard Shaffer on the challenges facing Vermont Yankee: No Holiday From Politics (at ANS Nuclear Cafe)

My blog post on the federal appeals court hearing, including the embedded audio of the hearing:  State Claims Economic Argument for Closing the Plant

My blog post on the economic report, released in March 2010, after the legislative vote in February 2010:  Economic Report: Well-Constructed

Some of the documents in the federal case (including Judge Murtha's ruling) are posted at the Energy Education Project website:  Filings in Entergy Appeal 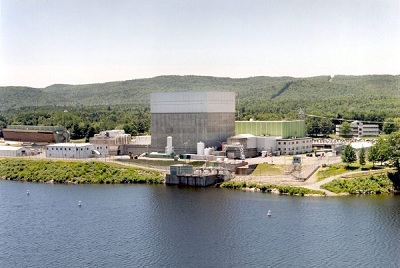