The Cold War is over and North Korea has another nut job for a political leader, this time it is an untested youth still shy of his 30th birthday. Claims by the United States that South Korea must not pursue uranium enrichment and reprocessing because of the unpredictability of its northern neighbor are getting little traction in Seoul these days. The reason is that South Korea is a major user and exporter of civilian nuclear energy. It wants energy security and to recover the energy value in a growing inventory of spent fuel from its reactors.

According to World Nuclear News, South Korea is now a major nuclear energy country. It won a $20-billion contract to supply four nuclear reactors to the United Arab Emirates. Within the past two months, the UAE nuclear safety agency approved a license for the first unit and construction is underway at a remote site on the shores of the Persian Gulf. Three more South Korean reactors will be built there by 2020. 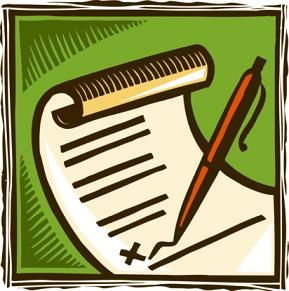 Comes now the request by the South Korean government, first aired in October 2010, to revise the bilateral cooperation treaty with the U.S. It has been in place for more than 40 years and it is a cornerstone of U.S./South Korean diplomatic relations.

Many specialists in the field of nonproliferation see a "hard and fast" policy against any expansion of uranium enrichment and spent fuel reprocessing as a key to stopping states like North Korea from pursuing these activities. That strategy hasn't worked and, as a result, South Korea wants relief from the restriction in the now-decades-old treaty.

Negotiations over changes to the treaty have been going on since last December, but appear to be stalemated around a key set of issues. It is a delicate dance, as diplomats like to say, because if the U.S. leans too heavily on South Korea, it could sour relations between the two countries and spawn nationalist sentiment that might lead to a nuclear weapons program. Since the 1950s, South Korea has depended on the U.S. nuclear arsenal as a shield against aggression from its neighbor to the north.

Spent fuel with no place to put it?

But South Korea doesn't appear to want its own weapons. Instead, what it has told the U.S. is that it wants to reprocess fuel from its growing commercial fleet and to create fuel for new reactors. The country has more than 10,000 tonnes of spent fuel stored at its civilian reactors. It is producing 700 tonnes per year of spent fuel and expects to run out of space by 2016. A geologic repository in the densely populated country seems out of the question.

The trouble is that the current treaty inked in 1972 allows South Korea to import nuclear reactor technology in return for a ban on enrichment and reprocessing. South Korea's first commercial nuclear reactor entered revenue service in 1978 and the latest in 2012.

The big issue on the reprocessing side is what will be done with the plutonium extracted from the spent fuel. U.S. nonproliferation experts claim that its mere presence in South Korea, regardless of international controls and inspections, will inflame relations with North Korea. South Korean government officials call this reasoning nonsense, since North Korea has already been producing plutonium and has its own uranium enrichment capabilities. 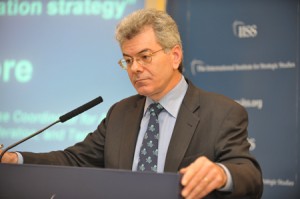 Gary Samore, Special Assistant to the President and White House Coordinator for Arms Control and Weapons of Mass Destruction, Proliferation, and Terrorism

The current position of the U.S. government, as expressed by its chief negotiator Gary Samore, is that it does not want to change the treaty.

What's good for the goose?

For its part, South Korea calls this position hypocritical, pointing out that Japan enriches uranium and reprocesses spent fuel. Even more to this point, South Korea says that the U.S., for strategic reasons, supported India's request to join the Nuclear Suppliers Group even though India conducted nuclear weapons tests in 1974 and 1988. In short, South Korea is not buying what it calls a "double standard" from the U.S. 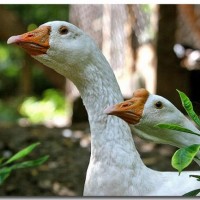 In response, U.S. diplomats have let slip to South Korean news media that they harbor a "deep distrust" of South Korea's intentions due to a clandestine weapons effort that briefly operated in the 1970s under then President Park Jung-hee.

A face-saving plan offered in principle by the U.S. is for South Korea to adopt a so-called "proliferation resistant" technology for reprocessing fuel called pyroprocessing. The method does not initially separate plutonium in a way that allows it to be refined for use in a nuclear weapon. The U.S. has offered South Korea financial assistance to conduct tests on the technology. Critics call this a diplomatic fig leaf, saying that eventually weapons grade material could be extracted if the country really wants it.

For South Korea, the objectives for change are clear. What the U.S. will need are iron clad agreements that the South Korean government will never pursue "nuclear sovereignty," and agree to international oversight and inspections.

Savannah River National Laboratory has announced the establishment of the Nonproliferation Applied Sciences Center (NASC), to be located on the lab’s main campus at the Department of...

The Consortium for Enabling Technologies and Innovation (ETI), led by the Georgia Institute of Technology, is offering a summer school on advanced manufacturing for nonproliferation. It will...