The stakes are $10 billion in contracts to build new nuclear reactors for CEZ, the Czech Republic's state-owned power utility 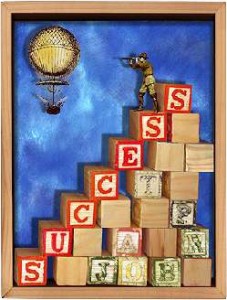 The drive for energy independence in the Czech Republic got a step closer to its goal this week as three nuclear reactor vendors submitted bids to build at least two new nuclear reactors at CEZ's Temelin site.

Westinghouse and Areva confirmed via company press releases that they submitted the massive documentation associated with the bids. The bids are a major milestone in a process that CEZ began in 2011.

Rosatom, the Russian nuclear energy state-owned firm, also submitted a bid  but did not issue an official statement.

CEZ chief executive officer Daniel Benes said in an official statement that the completion of the new reactors is a key element of the Czech Republic's drive for energy security. The Czech government wants to lower its exposure to volatility in natural gas supplies from Russia. Also, CEZ faces the need to replace aging coal-fired power stations after 2020. Benes said that CEZ will choose a reactor vendor in 2013.

There are two Russian-built VVER 1000 units in operation at Temelin. They began operation in 2002 and 2003. 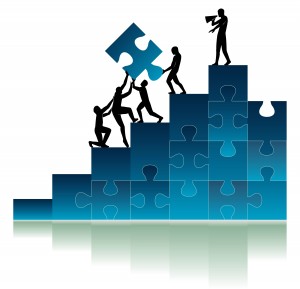 The Temelin project was at one time Europe's largest proposed nuclear power project with plans for five nuclear reactors at three sites in a deal estimated to be worth $27 billion. It was scaled back in 2011 from five to two reactors in the face of declining demand for electricity and the daunting task of raising the money to build the units during a time of economic turmoil in Europe.

CEZ says that it can pay for two units out of cash flow, but is looking for equity partners up to 49 percent of the project in order to spread resources  across other energy projects, including new transmission lines.

The utility is talking with the government about a guaranteed rate of return to make the project more attractive to outside investors. It is unlikely the project would go forward without some confidence on long-term rates. The project also looks better financially since Germany is a likely customer for electricity from the reactors. That country shares a long border with the Czech Republic.

Germany has already closed down half its fleet of nuclear reactors and will shut down the rest by 2022. While the country's political leadership has promised a mix of natural gas, solar, and wind power projects, it isn't clear it can replace the baseload power of the reactors. Yet, Germany and Austrian political leaders have issued statements opposed to the expansion of the Temelin site. Austrian political leaders show up at Czech public meetings with boxes of letters protesting the new plants. For its part, the Czech political establishment has told the Austrian anti-nuclear groups to stop trying to interfere in the decisions of a sovereign nation.

There is strong support for nuclear energy in the Czech Republic. According to a Reuters report for June 30, 62 percent of those polled by CEZ support nuclear energy. The survey completed this May shows a slight decline from a similar survey reported to have been also done by CEZ. Reducing the country's reliance on foreign energy sources was frequently cited as a reason to build home-grown nuclear power stations.

One of the reasons for sustained public support is that the Temelin tender has a strong emphasis on local production of components for the reactors. Bids will be evaluated, in part, on the basis of how much work in terms of construction, and fabrication, will take place through orders placed with domestic firms. All three bidders have lined up dozens of manufacturing, engineering, and business services partners large and small in the Czech Republic to meet this requirement. 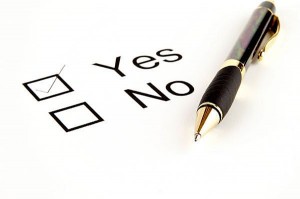 CEZ said in its requirements that any reactor design offered by a vendor must meet safety requirements adopted by the International Atomic Energy Commission and the Western European Nuclear Regulators Association (WENRA). An additional requirement is that the designs must have passed safety certification in their home countries or a European Union country.

The Westinghouse AP1000 received its design certification from the U.S. Nuclear Regulatory Commission in December 2011. Areva's EPR is licensed in Finland and France, but is still under review in the United States.

The Russian MIR-1200, a VVER type design, is under construction at two domestic sites based on Russia internal safety review.

In the United Kingdom, the AP1000 is closest to completing the General Design Assessment (GDA) followed by the Areva EPR. The Russians are interesting in bidding on UK nuclear projects, but have a long way to go to get their design through the GDA process assuming they submit a package to it.

Areva, Westinghouse, and Rosatom are also expected to compete in a 9 Gwe tender to be offered in South Africa this September. All three firms are building new nuclear reactors in China.

Rosatom completed NPCIL's Kudankulam plant with twin 1,000-MW VVERs and these units have entered hot start up. The firm is expected to build two to four more reactors at that site. Areva says that it expects to sign a deal to build two EPRs in Jaitpur, India, on the country's west coast, in December.

However, like other American firms, Westinghouse is locked out of India's nuclear energy market because of a supplier liability law that could be ruinous for a publicly traded firm. State-owned firms like Areva and Rosatom self-insure. Westinghouse announced in June that it has begun discussions with NPCIL for construction of AP1000 reactors at a site in Gujarat. It's a planning agreement and does not commit the firm to supply a reactor to NPCIL.