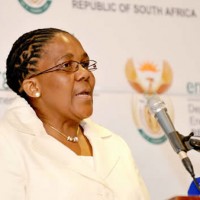 Her business model is likely to be one that guarantees rates for at least 15 years and will pay back the cost of the plants and position them for local investor ownership.

She told wire services on June 4 that South Africa will make decisions on reactor technologies, a short list of suppliers, and the procurement process by the end of the year.

To get there, Peters wants to "localize" manufacturing of the complex components of building a new nuclear reactor and beef up South Africa's role in the nuclear fuel cycle. Peters told a nuclear energy conference held in Sandton, S.A., in late May that the nation's ambitions are for a bigger share of the pie than just "digging trenches and pouring concrete."

While the nation has uranium mines, it would need to build front-end uranium enrichment facilities and back-end spent fuel reprocessing centers. South Africa has made it clear in previous nuclear energy tenders, which were not executed, that it values the energy potential in spent fuel and has every intention of capturing it for domestic use.

This suggests that in addition to uranium enrichment, South Africa might also build a mixed oxide (MOX) fuel fabrication plant with some of the output slated for export. The possibility of the execution of these plans represents a significant step up in the country's role in global nuclear fuel markets.

South Africa shut down its nuclear weapons development program in 1989. It signed the Nuclear Nonproliferation Treaty in 1991. An estimate prepared at about the same time indicated that South Africa had about 700 Kg (1,500 lbs) of highly enriched uranium (HEU) at 80-90 percent U235.  In theory, this material could be blended down to make commercial nuclear fuel. It is believed to be stored at South Africa's Pelindaba site. In 2007, there was an attempted break-in to steal HEU, but it failed.

Second at bat for Eskom

In 2007 Eskom, the state-owned utility that controls most electricity generation and distribution in South Africa, released a 20-GWe tender for conventional light-water nuclear reactors. After receiving bids from Areva and Westinghouse, Eskom cancelled the deal because it didn't have the money to pay for the plants. Efforts to attract investors or international banking support failed to produce results.

This time, South Africa ambitions appear to rest on leveraging the resources of reactor vendors themselves. Eskom wants to build three separate power stations-Thyspunt, Bantamsklip, and Duynfontien-which would be composed of two to three reactors each of about 3 Gwe each.

That's not all. South Africa's outsized ambitions dwarf its previous thinking even though the new plan is half the size of the one it cancelled four years ago. It wants the vendors to "localize" the production components of the plants and to help the nation develop an export program to compete in global markets.

The government wants at least a third of the components built locally, and more if possible. Limiting factors will be manufacturing capacity in South Africa and the need to train a new generation of nuclear engineers.

Energy Minister Peters has wasted no time drumming up support for the plan. She traveled to a nuclear energy conference in Moscow the first week in June to solicit support for it.

Her expected business model could mirror the deal the Russians inked with Turkey for a 5-GWe project on the country's Mediterranean coast. In return for guaranteed rates, the Russians will build the reactors and operate them for 15 years, after which the paid-off plants would be sold to Turkish investors.

Areva and Westinghouse would be hard pressed to match that offer. Areva is starved for working capital. Last December, it cancelled a raft of new uranium facilities, including the high profile Eagle Rock enrichment plant in the United States.

Westinghouse has four reactors under construction in China and another four just getting started in the United States. Whether Toshiba, its parent firm, would want to sink a huge pile of cash capitalizing a South African venture is a strategic issue for the firm.

This leaves the Chinese, who have expressed interest in financing new reactors in South Africa, possibly in collaboration with French firms. Last February, it was revealed that the China Guangdong Nuclear Power Group was in talks with France's EDF to build Areva EPRs in South Africa. The combination of French reactor expertise and Chinese financial power would be a potent competitive threat to Russia's Rosatom.

The possibility of a South Korean bid has been aired, but with commitments to build four reactors in the United Arab Emirates, there is a question of whether Korea Electric Power Corporation has the capacity to take on new work at this scale.

In addition to electricity, South Africa may also use its new reactors, if built, for coal gasification. Even with a plan for 9 GWe of nuclear power, South Africa by 2030 could still be relying on coal for up to half of its power needs. Currently, the country gets 40 percent of its needs for oil and gasoline from coal gasification.

Even so, the primary need is for power. In early 2008, Eskom had to engage in load shedding resulting in the intermittent shutdown of heavy industries, including mining operations. The power interruptions eventually led to a decline on South Africa's overall gross domestic product.

One of the causes of the power shortages was that the government had kept a lid on rate increases for Eskom that throttled funding for capital improvements and that led to cancellation of the 2007 tender.

Thinking 60 years at a time

It appears that the South African government has learned its lesson since it knows vendors will not self-finance without rate guarantees over the operational life of the plants, which could be up to 60 years.

Not only do the vendors need to know that rates will be high enough to pay off the plants, but local investors will have to know that in buying the units, they won't be left holding the bag.

Given the size of the tender, it is likely that more than one vendor will win some of the business. If it is successful, South Africa could become a new hub in the global nuclear market. 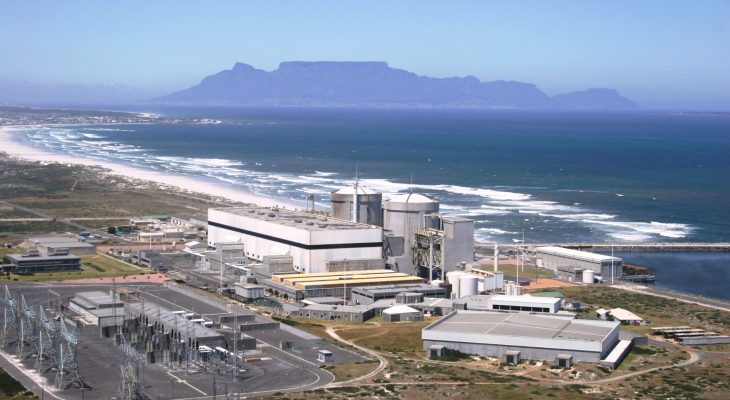 The U.S. International Development Finance Corporation (DFC) has signed a letter of intent to support NuScale Power in the development of 2,500 megawatts of nuclear energy in South Africa,...