Months of protests have significantly delayed the hot start of twin Russian-built 1000-MW VVER nuclear reactors in Kudankulam (KKNPP 1-2), located in Tamil Nadu, India's southern-most state. The protests are being paid for by funds from foreign anti-nuclear groups.

That's the fiery and spectacular allegation made by India's sitting prime minister Mammohan Singh this week, who got a pat on the back for his remarks from none other than Russia's ambassador to India, Alexander Kadakin.

Singh's remarks appeared in the Indian press one day after the Russian and Indian foreign ministers had met in New Delhi. For their part, at that meeting Russians officials reportedly expressed impatience with the lack of progress in getting the Kudankulam reactors up and running. The Russians have built two 1000-MW VVERs there. They want to build more, but can't unless these first two enter revenue service.

What has given PM Singh's claims a high profile, credibility, and international exposure is that he aired them as part of an interview in the February 2012 issue of the AAAS magazine 'Science'.

"The atomic energy program has gone into difficulties because these NGOs, mostly I think based in the U.S., don't appreciate the need for our country to increase the energy supply... there are controversies.

"There are NGOs, often funded by the U.S. and the Scandinavian countries, which are not fully appreciative of the development challenges that our country faces. But we are a democracy, we are not like China," PM Singh said. { The full text is behind a pay wall }

Singh also froze the bank accounts of four of the 15 Indian groups involved in the protests and revoked their licenses to operate. He has yet to publicly name the U.S. NGOs, however, that he says are paying for local protests.

V. Naryanasamy, a spokesman in the prime minister's office, told the BBC on February 28, "there is clear evidence the protests are obviously being engineered."

On February 27, the Indian government deported a 49-year-old male German national from Tamil Nadu after claiming his confiscated laptop files and cell phone records proved that he has been a conduit for NGO funds to anti-nuclear protest groups. (Indian TV video report)

The TV news report notes that Sonntag Rainer Hermann was hustled out of the country in the dead of night with no notification of the German embassy nor were any charges brought against him under Indian law. The government said that the deportation order was issued based on violations of the Foreign Contribution Regulation Act.

The protests erupted last fall in Kundankulam as the commissioning dates for the reactors became public. Local fishermen claimed that the hot water discharged by the reactors would harm the environment and their fish catch.

Later, the fishermen, joined by local groups, mounted a hunger strike that intensified the protests in December. The local groups also claimed that the reactors were not safe, citing the Fukushima nuclear crisis as the basis for their fears. It is unclear why the fishermen and local protest groups waited nine months after Fukushima to make the connection to KKNPP.

The prime minister's office said that the Catholic church groups used the equivalent of 550,000 Indian rupees ($11,123) to fuel the protests. The government said that the NGOs provided food and booze to protesters based on a stipend equivalent to 500 Rupees/day ($10).

Tuticorin church leader Bishop Yvon Ambroise, who has been outspoken in opposition to the nuclear plant, denied the government's allegations. For its part, the government has not published documents backing its claims or has showed to the press any proof that the church had diverted funds to protests from accounts assigned to relief and medical programs. 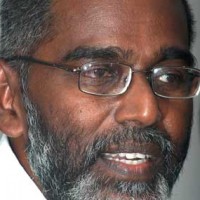 The evidence may come out in trials of the NGOs against whom the government has now filed criminal charges.

S. P. Udayakumar, head of the Peoples Movement Against Nuclear Energy (PMANE), lived in the United States for a period of time and returned to lead the protest movement. He tells the local news media that the charges by the Indian government are "totally false."

He also denied that PMANE received any financial support from the Catholic church.

Government seeks to recover from protests

The government, caught off guard by the sudden and vehement outbreak of the protests, sent a high-level group of scientists to review the plant's safety and to meet with protest leaders. Despite a series of public meetings, however, distrust of the government was not diminished and the visiting scientists appear to have had little effect on the enthusiasm and energy of the protest groups.

In another twist in an increasingly strange turn of events, Srikumar Banerjee, director of the India Atomic Energy Commission , told an international meeting being held in New Dehli, sponsored by the World Nuclear Association, that start-up of the Kudankulam reactors would take place in about six weeks.

The official, whose remarks were reported in The Hindu on February 22, said that the commissioning process would take about four months. About 3000 people are reportedly working at the plant, which is about 95-percent finished and needs to be maintained while the government addresses local concerns. There have been conflicting media reports about the effects of the protests on plant staffing.

A Nuclear Power Corporation of India Ltd (NPCIL) spokesman said separately that the protests would be contained by a four-member team set up by the Tamil Nadu provincial government. This may be wishful thinking. That panel met this past week with the lead protest group, PMANE. 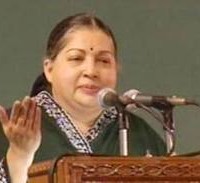 Tamil Nadu state chief minister J. Jayalalithaa, who has been caught between the central government and the protestors, pressed her four-man panel to complete a safety inspection of the plant and to meet with local villagers.

According to a report on NDTV, that meeting, which took place on February  20, was "cordial," but apparently little progress was made. PMANE's intense distrust of the government, and demand that the government appoint "experts" of its choosing also have equal standing, has kept the dialog at loggerheads.

The four-man team submitted a report to the provincial government saying that the plant is safe, but their efforts made little if any impression on PMANE or other protest organizations. For their part, the protest groups issued inflammatory statements objecting to PM Singh's charges that their funds came from U.S. NGOs.

Local protest groups also claimed that the allegations about the NGOs were an attempt to distract people from their issues about plant safety. Despite this antagonistic atmosphere, the Tamil Nadu provincial government has not contradicted the allegations made by Singh's office about foreign funds being funneled to local NGOs.

India's nuclear energy program depends on imports of technology from Russia and France. In addition to future projects at the same site in Tamil Nadu, French state-owned nuclear giant Areva has an agreement with NPCIL to build at least two and as many as six nuclear reactors.

The site for the first two EPRs is in Jaitapur south of Mumbai. Protests there erupted when local farmers objected to the loss of their land for the reactor site. They demanded increased compensation for relocation and new farmland. However, the intensity there of protests was not nearly on the same scale as what's happening in Kundankulam.

The United States has been shut out of the Indian nuclear energy market by a tough supplier liability law. While it was passed by Parliament, however, implementing regulations have not been published, leaving the situation in somewhat of a state of limbo.

U.S. sources in India familiar with the matter declined to be quoted for this article on the outlook of the liability law, citing the sensitivity of the Indian government to anything perceived as interference its domestic affairs.