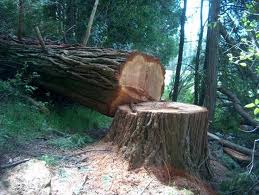 An ambitious plan to build five nuclear reactors in the Czech Republic worth an estimated $28 billion has been scaled back to just two units. The Czech Republic won't build the other three anytime soon, even though Germany and Poland may have been counting on those units to supply electricity. Germany has closed eight of its oldest nuclear reactors and will close another nine by 2022.

In an unrelated move, Poland just delayed the start date of a new nuclear power station by five years to 2025 three years after Germany has closed its last reactor.

Power that Europe thought it could buy from Czech state-owned utility CEZ has evaporated before it lifted off  the drawing board. The real winner in the short term will be Russia's natural gas supplier Gazprom.

Newly installed Czech Industry & Trade Minister Martin Kuba down shifted CEZ's ambitious plans calling the five-reactor plan "unrealistic," but he did not say what energy mix would be used in its place to meet growing demand for electricity in central Europe. The primary problem likely is how to finance the combination of two new units at Temelin, one at Dukovany, and two more at the Jaslovske Bohunice site in Solvakia.

The Czech government proposed that reactor vendors provide a complete turnkey solution, including up to nine fuel reloads for the new units. As part of the financing, the Czech government would guarantee rates and provide loan guarantees to CEZ as lures to investors.

What may be "unrealistic" is the expectation that investors and reactor vendors would be willing to pump $28 billion into a nuclear power project spread across five new units at three sites.

However, a plan for two reactors worth $10 billion at one site, Temelin, seems more likely to fly, especially since the United States just last week licensed two new reactors planned for the Vogtle site in Georgia said to cost $14 billion.

The Czech energy plan under Kuba's predecessor, Martin Kocourek, called for up to 80 percent of the nation's electricity coming from nuclear reactors by 2060 and being a net exporter of electricity to Germany. Kocourek, however, quit in a financial scandal unrelated to his government job. While Kocourek was a stalwart supporter of the five reactor plan, he got into legal trouble in a complicated divorce proceeding in which he hid assets sought by his now former wife in the settlement agreement.  It's not clear where the money came from. This revelation in his private life made it impossible to continue in a role of public trust.

Now at the helm so to speak, Kuba believes it is realistic to build the next two reactors at Temelin where power transmission infrastructure is already in place. It has approximately 2000 MW at a site near the Austrian border.

So, where will the money come from for even just two new reactors? CEZ chief financial officer Martin Novak thinks that some form of shared risk with investors will draw them in. Although Novak claims that CEZ is solvent enough to build two units in the range of 1000 MW each out of cash flow, he'd like to leverage other people's money for about half of the costs. 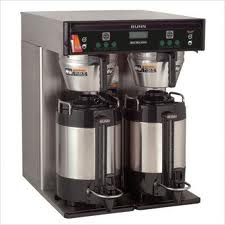 At a hypothetical cost of $4,000/Kw, the two units would require $8 billion for which CEZ would have to come up with half and then offer the other half to investors. Leveraging support from investors for the nuclear plants will allow CEZ to build other power plants including natural gas.

Another sweetener would be for the government to offer CEZ guaranteed rates of return for the plants. CEZ chief executive officer Daniel Benes said that the way the model would work is that the government would step in with payments if the market price of electricity dropped below a certain level. On the other hand, if the rates increased on their own, the utility might wind up paying the government the difference. In effect, the government would subsidize the rate of return without directly impacting rate payers.

There isn't agreement on any of these ideas across the government. Some ministers are opposed to any financial support for new nuclear plants.

And here's a few more ideas

Vaclav Bartuska, the man in charge of the Czech government's drive to see the plants built, said that having guarantees for power prices in turnkey projects is the only way such massive investments are possible.

Given the shadow of sovereign default that has spread across Europe, however, a government loan guarantee is no longer a punched ticket to financial success. There still would be a risk premium based on how solvent the Czech government is or how well it can convince investor and rating agencies that it is solvent.

And Bartuska isn't done with ideas about how to get the other three reactors built. His latest brainstorm is to use decommissioned military bases as sites because the government still owns them. He added that the government could use the sites also as interim storage locations for spent nuclear fuel. In any case, the government is worried about a public backlash if it starts demolishing privately held sites for new reactors.

It may get a backlash 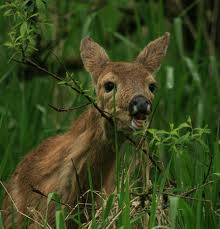 anyway with its idea for using decommissioned military bases. Now some of the abandoned sites have reverted to the status of de facto nature preserves with wildlife. Green groups are said to want to protect them. However, the military reservations are also contaminated with chemicals and unexploded ordinance. Contracts to clean up the sites are being offered for bid.

Meanwhile, the bidders for the now downsized Temelin project are going ahead with their proposals, which are due next July. These three short-listed bidders are Westinghouse, Areva, and Atomstroyexport. CEZ hasn't changed the date for the award of the contract, which is early 2013.

All three vendors are inking memorandums of understanding with local manufacturing firms to improve their localization scores with the selection board. CEZ has said that local manufacturing content, and the jobs that come with it, will be an important element of the evaluation regardless of the size of the project.

Polish state-controlled energy group PGE announced last week that it will delay by five years completion of the first of two new nuclear plants to 2025. The utility did not state a reason for the change in schedule, which was announced as part of the rollout of a larger energy strategy plan. A second unit would come online in 2029. PGE is reported to be aiming at 3000 MW for each site. Each power station could be composed of two to three reactors.

The sites for the reactors tentatively selected include Choczewo, Gaski, and Zarnowiec. Local support for any of the sites may be thin as the country has considerable anti-nuclear sentiment stemming from the Chernobyl accident.

Later this year, Poland will issue a request for proposals for the first unit. So far, GE-Hitachi and Westinghouse have been gearing up their supply chains as part of their planned response. PGE is looking for equity investors in the plants and plans to hold a 51-percent share for each of them.

This week’s #ThrowbackThursday post features the special report published by Nuclear News in April 1979—one month after the accident at the Three Mile Island nuclear power plant. Titled...

In keeping with the ringing endorsement of nuclear energy it gave in January, the Czech Republic continues moving forward with plans for new reactor construction....

The Canadian government has announced an investment of C$27.2 million (about $21.6 million) in Westinghouse Electric Canada to support the development of the company’s eVinci microreactor...

Bechtel and Westinghouse Electric Company on February 23 announced the signing of a memorandum of understanding with GE Steam Power to explore opportunities in their joint pursuit of civil...