A continuing series from pro-nuclear blogs in North America 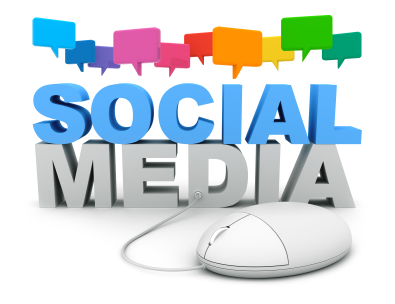 While we each have our own point of view, we agree that the promise of peaceful uses of the atom remains viable in our own time and for the future.

Just before the 1976 election, President Ford announced a halt to nuclear fuel reprocessing in the U.S., saying that it "should not proceed unless there is sound reason to conclude that the world community can effectively overcome the associated risks of proliferation."

In light of the 35 years of history that has passed since then, can we say today that this sound reason exists? According to Steve Aplin, the answer is unequivocally yes.

Sodium isotopes produced confusion in Moscow and one American TV.  ABC News got a report that radioactive material was stopped by Russian customs from being transported in someone's baggage to Iran. So a bunch of presumptions, aided and abetted by a shaky understanding of what a radionuclide is, kicked in to produce a knee-jerk story about how Iran must be making a nuclear bomb. The problem is the report is  wrong.

"It beats me why someone would pack a bunch of sodium-22 in their luggage. It's mostly used for medical diagnostics, and there are better ways to transport it, through channels. It's not at all useful for bomb-making."

Also,  she has a summary of the NRC "Jaczko" hearing and background reference documents

She attends the screening of an anti-nuclear film and asks the producer about its claims that the radiative materials from commercial nuclear reactors have a four billion year half life.  Her blog post contains the email dialog.  Worth a read.

Meredith also reviews the film  *Transparent Radiation*, a recent documentary from the University of Vermont (UVM).  Angwin considers some of the concerns of the film: nuclear power, consumerism, and the long half-life of U238.

Victoria writes that she came across an article penned by professor Benjamin Sovacool that purports to give readers "the dirt on nuclear power." The article gives way to hasty generalizations and leaves readers with a false view of one of the nation's safest industries. In her on-line rebuttal she points out a few places where there are holes in his arguments.  It's a little soap to clean off the dirt.

Bill Gates - Bill Gates made an public statement that echoes his death per terawatt analysis of energy.

Bill spoke about the benefits of nuclear energy, particularly next-generation designs. The backlash [to Fukushima], he thinks, is overblown. If you compare it to the amount that coal has killed per kilowatt hour, he points out, it is way, way less.   I have to correct his statement that coal incidents kill less than nuclear incidents. Fukushima killed no one, the tsunami killed people.

Russian uranium - Asia Times online has a lengthy feature on Rosatom's (AtomRedMetZoloto) Uranium Holding Co, or ARMZ, plans to dominate worldwide uranium production. Rosatom is the Russian uranium company. Kazakhstan plans to increase uranium production in 2012 by 1400 tons to 21,346 tons. Mongolia has a lot of uranium. India is delaying the start of the Kudankulam 1000MWe reactor because of protests

Future of SMRs - A newly released study from the Energy Policy Institute at the University of Chicago (EPIC) concludes that small modular reactors may hold the key to the future of U.S. nuclear power generation.

Psychosis at the top derails NRC operations say four commissioners. The dirty laundry of the NRC went on display in two Congressional hearings this past week.

FCW Managing Editor Nancy Roth covers the first hearing, held before the House Oversight and Government Reform Committee. This was called specifically to address claims by all four non-chairing commissioners (two Democrats and two Republicans) that Chairman Gregory Jaczko had engaged in bullying and abuse of NRC staff as well as commissioners, to force his policy agenda on the work of the regulatory agency.

Will Davis begins a new series of posts on his blog, containing condensed news reporting and opinion. Don't worry; the usual detailed individual posts will continue.

Since others have summarized the hearings, Gail Marcus takes a step back and looks at all the statements that have been made, both in the hearings and by various observers, on the situation, its significance, the personalities involved, and what should or shouldn't, or will or won't, be done as a result.

The monkey business on the Hill is not the only monkey business worth reporting this week.  Gail Marcus reports on several stories about the interactions between the animal kingdom and energy technology, including the use of monkeys to help monitor radiation in Japan, the happy home endangered crocodiles have found in the cooling canals of Turkey Point, and the fraught relationship between wind turbines and living creatures.

Dan Yurman at the ANS Nuclear Cafe describes the TerraPower traveling wave nuclear reactor design, championed by Microsoft billionaire Bill Gates, that has been in the news lately - and its status in the US and in talks with countries around the world.

Areva suspended work on the Eagle Rock Enrichment Plant in Idaho. Basically, the firm is over extended in terms of having enough investment capital to do everything on its plate.  The $3 billion project has a conditional commitment for a $2 billion loan guarantee, an NRC license, and 70% of its future capacity sold to customers.  Breaking ground seems like a no brainer, but a soft uranium market has spooked new CEO Luc Oursel who put the deal on ice.

In a review of recent events,  Yurman questions the declaration on Dec 16 of "cold shutdown" by Japan Prime Minister Noda.  The Fukushima site has three badly damaged reactors with the heat deformed fuel inside them in unknown configurations and the site is leaking radioactive water.

On the other hand, allowing evacuees to return to areas in a 13 mile ring around the plant, that are safe, is a prudent measure and will create some of the goodwill needed to restart the 46 closed nuclear reactors.