Vermont - Do you know where your electricity comes from?

Power for electric cars comes from where?

At the ANS Green Bag lunch on Monday, Howard Shaffer, PE, of the ANS Vermont Pilot Project, recounted a story of how advocates for the electric car brought one to an anti-nuclear rally in Vermont. Painted on the side in bright letters was the slogan "no nukes."

Asked if the owner had any sense of the irony that the electricity that charged the car probably came from a carbon emission-free source-namely Vermont Yankee-Shaffer said no.

Shaffer added that anti-nuclear sentiment in Vermont runs much deeper than other places because it is linked to a unique blend of lifestyle politics. Some people in Vermont hold post-industrial Utopian visions of a future society that is decidedly low tech, powered by windmills and solar energy. 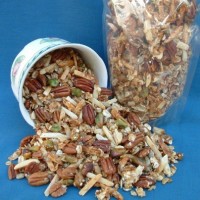 People who have a strong hold on these views are aligned with more mainstream green groups. These groups have a broad political base augmented with funding from national organizations.

This is a potent mix that has opposed the relicensing of the Vermont Yankee reactor and which now forms a visible chunk of Vermont Gov. Peter Shumlin's political base. Shumlin has been a leader of the anti-nuclear movement in Vermont, making closure of the plant a central plank of his successful campaign for the governor's chair.

Green groups are particular rankled by the decision of the U.S. Nuclear Regulatory Commission to renew the operating license for Vermont Yankee.

A participant in the ANS Green Bag lunch said in response, "The granola culture is very influential, but they have a lack of reality about where their electricity comes from."

It would seem so.

The COVID-19 pandemic hit the United States on a wide basis in March of this year, and life as we knew it changed. “Social distancing” and “essential workers” entered the jargon and...

You know the old saying that those who can, do, and those who can’t, teach? Well, I say anyone thinking that way should be kept far away from students!In my time at Argonne National...

We have dedicated this month’s edition of Nuclear News to university programs and their contributions in advancing the field of applied nuclear science and technology and readying the next...

The Nuclear Engineering Department Heads Organization (NEDHO) is an alliance of the heads (chairs) of about 30 nuclear engineering schools, departments, and programs in the United States....

In a blog post to the Department of Energy’s website on November 23, Rita Baranwal, assistant secretary for the Office of Nuclear Energy, commended recent virtual lesson projects from the...

Sixty years ago, the Missouri University of Science and Technology (Missouri S&T), then known as the University of Missouri at Rolla, was one of the first U.S. institutions to offer a...