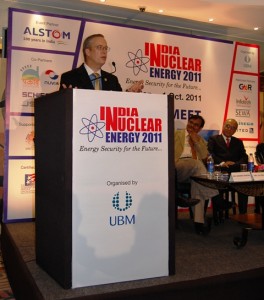 A high-powered nuclear energy delegation from the United States, led by American Nuclear Society President Eric Loewen, is visiting India this week to participate in the Indo-U.S. Nuclear Energy Safety Summit being held here on September 30.

Explaining the objective ahead of his first ever visit to India, Loewen said, "Twenty of my ANS colleagues, who come from academia, the government, and industry will join me in seeing first-hand how India develops nuclear energy to provide safe, clean, and affordable electricity to a growing population and economy."

Loewen added, "Of course, as a nuclear engineer, I am particularly eager to visit some of India's leading nuclear sites." Loewen's delegation will tour the Indira Gandhi Atomic Research Centre and the Bhabha Atomic Research Centre (BARC) government sites, and will meet with government and industry officials in both Chennai and Mumbai. ANS last led a mission to India in 2007. 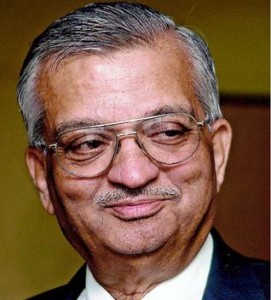 Loewen will present an ANS Presidential Citation to Anil Kakodkar, former chairman of India's Atomic Energy Commission and secretary of the Department of Atomic Energy, for his critical leadership role in successfully negotiating the Indo-U.S. civil nuclear agreement.

Loewen will also present opening remarks at the Indo-U.S. Summit and will discuss the safety advantages of fast breeder reactors, a technology that he manages at General Electric, and that is part of India's three-stage plan for civil nuclear energy.

Presenting along with Loewen will be R.K. Sinha, director of the BARC, on the safety advantages of the advanced heavy water reactor being developed by India to take advantage of vast thorium reserves.

The presenters will describe the safety advantages of their reactors for India. U.S. government speakers from the State Department, Embassy New Delhi, Department of Commerce, and the Nuclear Regulatory Commission will address the summit on the mutual benefits of the Indo-U.S. civil nuclear agreement, signed nearly three year ago on October 8, 2008.

Other U.S. presenters will discuss the safety advantages of technology from the following companies: USEC, Transco, Holtec, and Rosemont Nuclear.

A U.S. Nuclear Infrastructure Pavilion at the India Nuclear Exposition (INE), certified by the U.S. Department of Commerce will feature the organizations mentioned above plus the American Society of Mechanical Engineers, the Nuclear Engineering Department Heads Organization, Urenco USA, Curtiss Wright, Bechtel, mPower, Milbank, and the Indo-American Chamber of Commerce. The INE, India's largest nuclear exposition, will run September 29-October 1 at the Bombay Exposition Centre in Goregaon, Mumbai.

On Saturday, October 1, IIT-Bombay and the ANS India Section will host a Framework on Nuclear Education Cooperation featuring students and professors from more than a dozen Indian and U.S. universities. All events are open to the public.

"The goal of the mission, summit, pavilion, and education outreach activities are to promote cooperation between nuclear professionals of our two countries," said Corey McDaniel, president of the ANS India Section.

"The theme of these activities is a discussion on the public safety advantages for India and the U.S. as a result of Indo-U.S. civil nuclear cooperation," McDaniel added.

Chartered on February 11, 2011, the ANS India Section is the ninth international section of ANS. The India Section was formed as the implementing organization of a memorandum of agreement with the Indian Nuclear Society signed on the second anniversary of the Indo-U.S. civil nuclear agreement, on October 8, 2010.

For more information about the Indo-U.S. Nuclear Energy Safety Summit, the U.S. Pavilion, the mission, and the education symposium, please click here.

The Young Members Group works to encourage and enable all young professional members to be actively involved in the efforts and endeavors of the Society at all levels (professional divisions,...