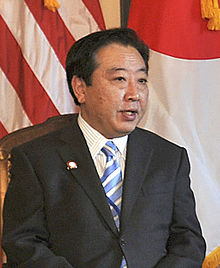 The Japanese government, in close cooperation with some of the nation's largest heavy industrial manufacturers, is seeking to export Japan's nuclear technologies, products, and services despite the loss of six reactors on March 11 to a combination of a record earthquake and massive tsunami. The replacement of Prime Minister Naoto Kan with 54-year-old Yoshihiko Noda, a career politician and the current finance minister, may play a key role in achieving success.

Prime Minister Kan ended his term with a strong call for the nation to retreat from dependence on nuclear energy. At one point he also tried to shut down efforts to continue exports even though he had played a leading role inking a deal with Vietnam in October 2010 for two reactors.

When this policy tilt became apparent on August 5, Japanese Foreign Minister Takeaki Matsumoto and Chief Cabinet Secretary Yukio Edano prevailed on Kan to back off. The country's industrial exports are needed to pay for its lack of agricultural self sufficiency, and it depends on high value deals like new reactors. According to the Wall Street Journal, Japan produces only 40 percent of the food it needs to feed its population. Basic economics demands that the country sell finished goods abroad to pay for food imports at home.

The problem of supplying the baseload power for manufacturing at home remains a major issue. Platts reported that as of September 1, 2011, only 11 (10 GWe) of Japan's 54 (49 GWe) reactors were operating. The rest were closed for maintenance and safety checks. While some have completed those tasks, provincial officials are adamant about not letting them restart without assurances that they are safe. Politics, not technology, is pushing the country's electric utilities into plans for rolling brownouts and possible blackouts.

Noda has said that the stable supply of electricity is the lifeblood of the economy.  A combination of arm twisting and economic incentives may convince provincial officials to relent.  Jobs associated with nuclear exports may be one of the tools in Noda's hands.   As a result, it appears that in addition to getting the reactors back online, the government is also focused on the multi-billion yen needed to build new reactors overseas.

For now, a key factor in Japan's favor is that Japan Steel Works (JSW) is one of the world's few companies capable of producing large forgings for new nuclear reactor pressure vessels.  However, the multi-year backlog of orders has made the work an attractive target.

Mitsubishi plans to build its own large forgings plant so that it won't have to wait in line at JSW. International competition comes from South Korea and Russia. The United Kingdom is said to be planning a large forgings plant, as is India.  Both countries should be able to produce them within the next five years if their respective governments provide the necessary financial support.

Vietnam deal back on the front burner

Prior to the March 11 events, Japan had inked a deal with Vietnam to build two of its planned eight 1000-MW reactors. Japan has been training Vietnamese nuclear engineers for years in preparation for the project. Japan, however, is in second place in Vietnam when it comes to nuclear deals. Russia is building the first two plants and will provide all of the fuel for them as well as taking back the spent fuel at the end of each cycle. 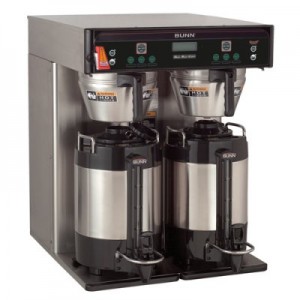 Talks with Vietnam to execute the provisions of the deal and begin construction will restart this month. Government officials from both countries are scheduled to meet September 8 and 9 in Tokyo to layout project plans.

For its part, Vietnam pronounced itself happy the deal is back on the table. Vietnam's ambassador to Japan Nguyen Phu Binh told the Manichi News on August 31 that he wants to see construction get underway in his country's southern province of Ninh Thuan. He told the Manichi News, "I believe Japan will use the [Fukushima] crisis to learn important lessons and develop great technology."

Japan has been involved in off-and-on negotiations with Turkey to build that nation's second nuclear power station at Sinop, some 440 miles east of Istanbul on the Black Sea coast. Paradoxically, Turkey's first nuclear power station, a 4.8 GWe monster, is being built by the Russians at Mersin, about 600 miles southeast of Istanbul on the country's Mediterranean coast. The Sinop site will be a similar size in terms of power generation capacity. 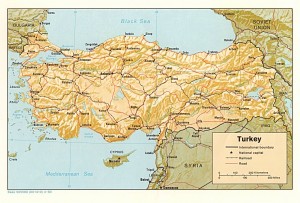 One would have thought that in terms of delivery of large components by sea, Turkey would put the Russians on the Black Sea and the Japanese on the Mediterranean, but that's not how it worked out. The Japanese were never in the running for the first tender, which went to the Russians as the sole bidder.

Toshiba was involved in the first round of negotiations for the second site with Turkey last December, with TEPCO as its partner. Since March 11, that bid team has had to withdraw. Mitsubishi Heavy Industries is now taking a crack at closing a deal by teaming up with Kansai Electric. It turns out that Turkey wants pressurized water technology, which makes Kansai a competent competitor due to its operational experience with this type of reactor in Japan.

The Toshiba/TEPCO team also withdrew from the South Texas Project in the United States, forcing NRG to stop all work on the development of twin 1350-MW ABWR reactors at a site south of Houston, Tex.

Lithuania looms in the future

Meanwhile, Hitachi, another industrial giant, is negotiating to build new reactors in Lithuania. Last July, Hitachi President Hiroaki Nakanishi said while traveling to promote the sale that his view is that the demand for new reactors will remain steady in foreign markets over the long-term. He noted that winning deals requires help from the government. There are opportunities for new reactors, fuel, operations and maintenance, and reprocessing of spent fuel.

The Russians view Lithuania as their provincial backyard and may put up a stiff fight to win the project. A similar battle is expected over the Czech Republic's five-reactor Temelin new build, where Toshiba is competing against the Russians and Areva.

An interesting development is that Hitachi told Kyodo News in July that the company will keep to its goals for developing new nuclear reactor business in Asia and the Middle East, despite fears that the Fukushima crisis might deter some nations from going in this direction.

The business plan was drawn up prior to the March 11 earthquake and tsunami. The company says it sees no reason to change it.

Tatsuro Ishizuka, Hitachi vice president for business development, told the news service on July 20 that the company hopes to get orders for 20 new reactors in Asia and the Middle East.

"We will give priorities to negotiations with India, Vietnam, the U.S., and other countries with growing energy demand," he said.

In the Middle East, Saudi Arabia is reported to be planning to build 16 nuclear reactors by 2030, with the first two operational by 2021. According to wire service reports, it plans to have 20 percent of its electricity come from nuclear reactors.

Forgoing uranium enrichment to fuel them would help tamp down the Middle East's volatile politics by preventing the massive nuclear new build from setting off an arms race with other countries.