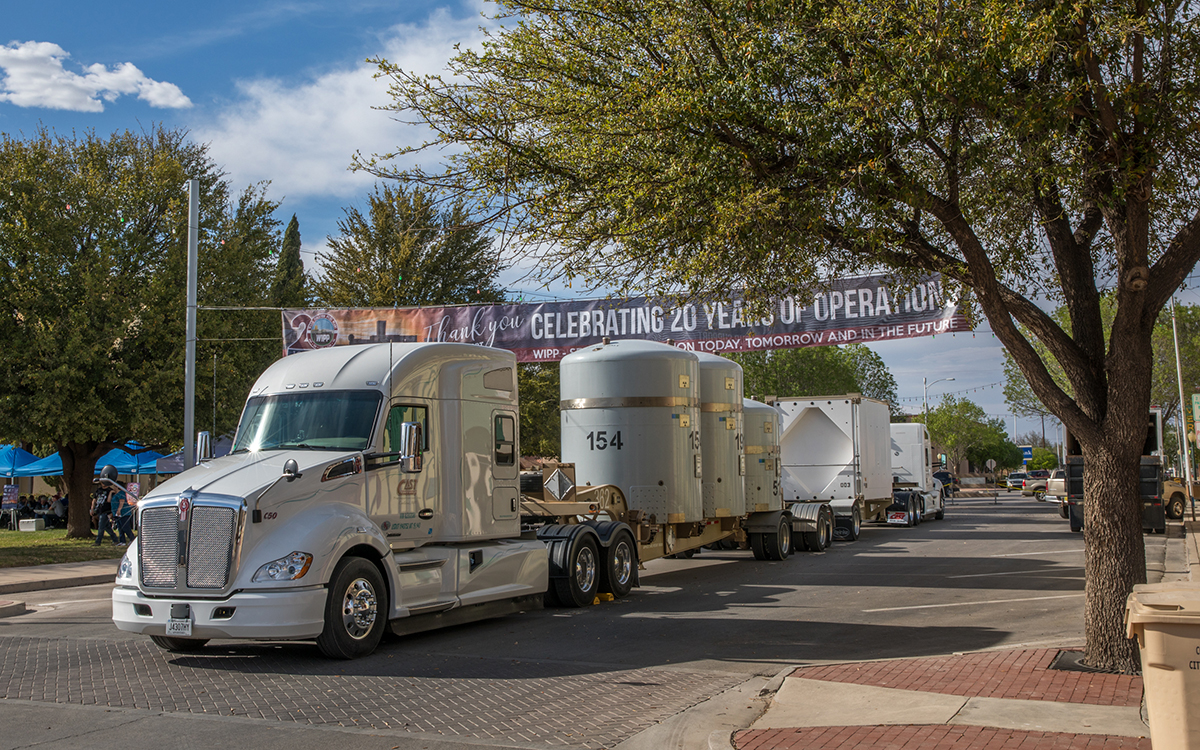 In the May/June 2009 issue of Radwaste Solutions dedicated to the 10th anniversary of the WIPP facility, Dave Moody, then the Carlsbad Field Office manager for the Department of Energy, wrote these premonitory words: “No large, complex, first-of-a-kind program like WIPP can succeed without some missteps.” Unfortunately, two missteps happened in 2014, when two separate and unrelated events occurred: an underground salt-hauling truck caught on fire on February 5, and a single waste container experienced an exothermic reaction, resulting in a small release of radioactive materials into the environment, on February 14. While the radioactive release levels did not exceed those deemed unsafe by the Environmental Protection Agency, the facility suspended waste operations for almost three years following the event.

During the 1990s, the WIPP Project overcame every scientific, political, legal, regulatory, safety, public opinion, and operational challenge and obstacle to opening. Following the 2014 events, the efforts to reopen the WIPP facility and resume TRU waste shipments and disposal operations were also very challenging. Following the three-year recovery effort, the DOE identified a number of lessons learned and areas where improvements were needed. Areas identified included maintenance and infrastructure, emergency response, procedures, and training and qualifications. Lastly, a major area in need of improvement was in the safety management programs at the WIPP facility. 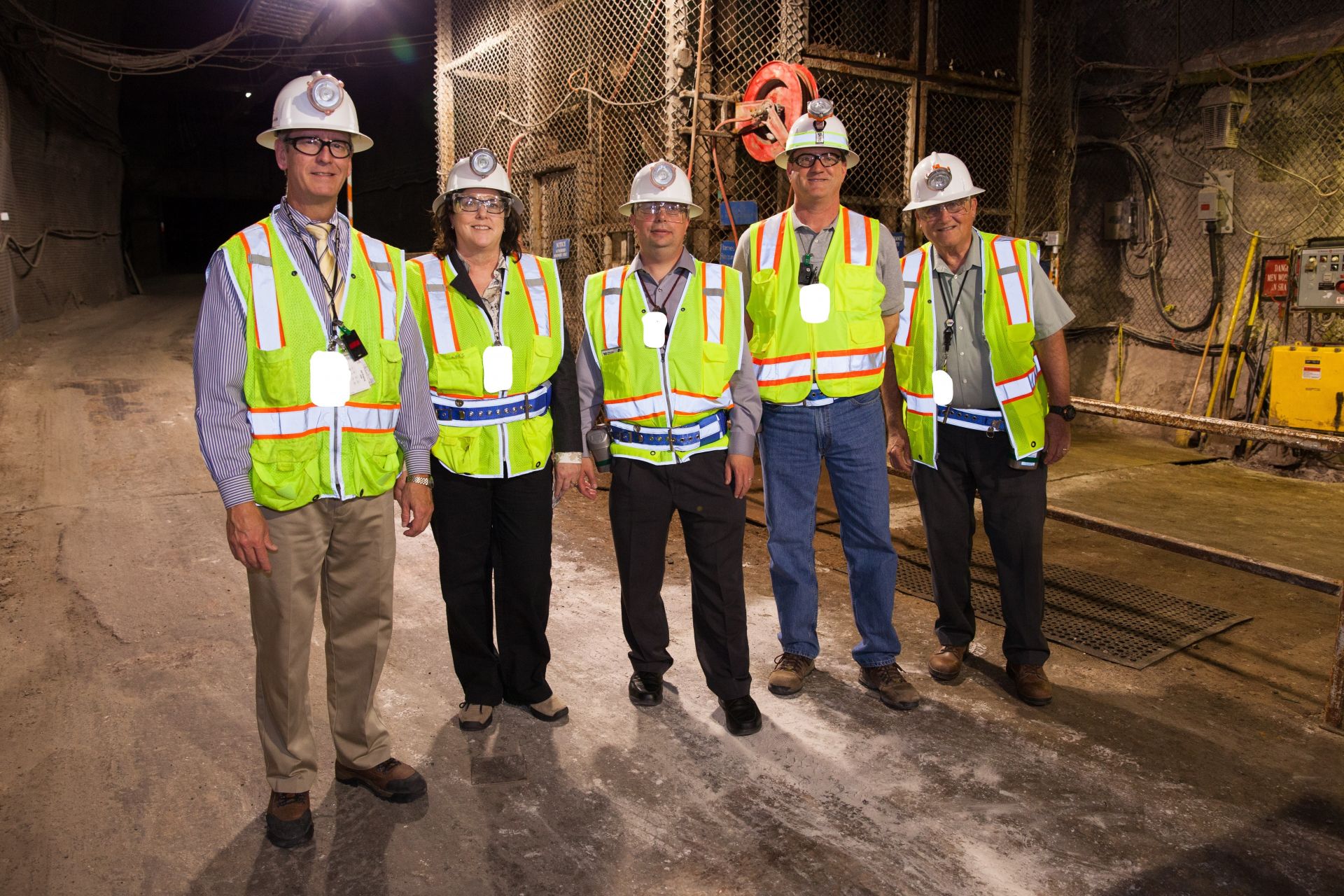 Before a shipment departs a generator site for disposal at the WIPP facility, the TRU waste has to be characterized and certified. Shipping sites must develop and communicate a robust understanding of what is contained in every TRU waste container destined to be managed and disposed of at the WIPP facility. TRU waste characterization is the process of determining the physical, chemical, and radiological contents of waste containers with sufficient accuracy to ensure that the waste is acceptable for shipment to, and management and disposal at, the WIPP facility. Requirements for TRU waste characterization are established through the WIPP Waste Acceptance Criteria (WAC) and Waste Analysis Plan (WAP). Those requirements are derived from conditions placed by the following regulators: the EPA, the New Mexico Environment Department (NMED), and the Nuclear Regulatory Commission, in addition to DOE internal safety standards.

Real-time radiography: Confirming the waste form and determining the absence of prohibited items (such as pressurized aerosol containers or prohibited quantities of liquids) in the waste through means of a real-time X-ray scan of a container’s contents.

Headspace gas analysis: Confirming flammable gas concentrations based on a sample extracted from the easily accessible void volume of each waste container prior to shipment.

Characterization methods can also include a visual examination and solid sampling and analysis to better understand the composition of the waste. As a consequence of the 2014 radiological event, additional controls over the collection, verification, and validation of AK have been implemented. For example, enhanced chemical compatibility evaluations are now required to assess potential adverse chemical reactions that could develop if incompatible chemicals are combined in the waste. For waste containing oxidizing chemicals, the shipping sites also have to comply with the Basis of Knowledge document requirements. This additional scrutiny of oxidizing chemicals is essential, since nitrate-oxidizing chemicals are deemed to have reacted with organic materials to cause the exothermic chemical reaction in the 2014 release event.

Overall, the goal is to maintain safety from packaging to transportation to emplacement of the TRU waste containers underground while increasing waste throughput. This goal also involves capital construction projects to increase underground ventilation capability, which is of primary importance for WIPP facility operations.

Since 2014, the WIPP facility underground ventilation system has been operating in filtration mode, which has significantly reduced the airflow rate (approximately 170,000 cubic feet per minute (cfm), compared to the more than 400,000 cfm of unfiltered air prior to the event). Because the amount of ventilated air is directly proportional to the quantity and type of diesel equipment that can be operated simultaneously in the underground, the reduction has caused some operational challenges. For example, waste emplacement, ground control, and mining operations cannot be conducted simultaneously anymore. Currently, the WIPP facility is receiving 8 to 10 shipments of TRU waste from DOE sites on a weekly basis. This compares to the roughly 17 shipments per week the facility was receiving before the 2014 radiological release incident. Waste shipments are expected to stay at their current levels until WIPP’s new ventilation system becomes operational. Plans are to complete the ventilation project around late 2021. Additionally, initial project planning on a new utility shaft to the underground has begun, with plans to complete this project in the next three years. 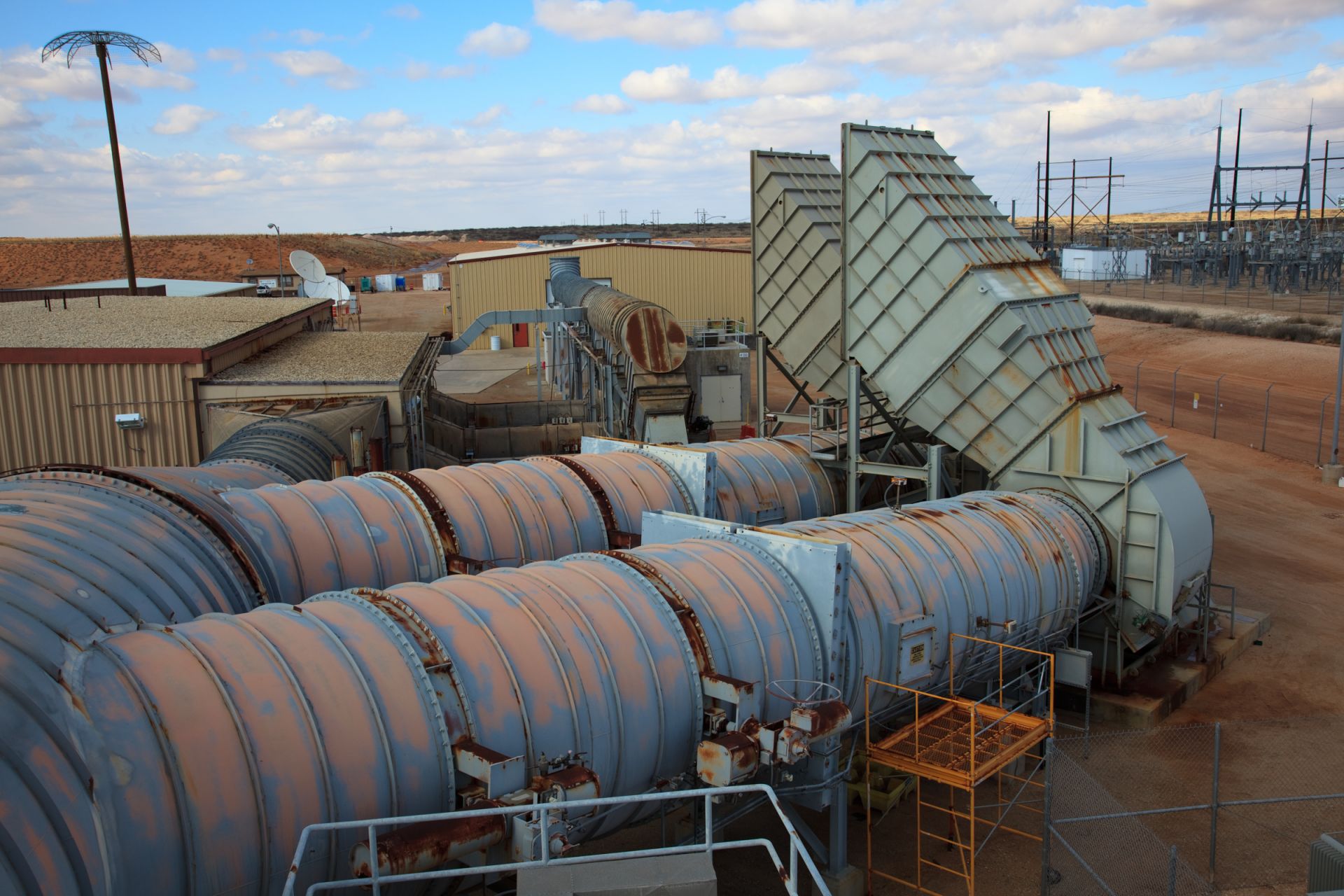 Improvement plans at WIPP include adding ventilation to the underground to allow increased waste operations..

In terms of regulations, the WIPP Project staff has been keeping regulators (e.g., EPA, NMED, NRC, Department of Transportation, DOE) and oversight organizations well-informed of the project activities. To maintain compliance with the various regulations that are applicable to the facility, the WIPP Project leadership has to prepare numerous reports covering monitoring activities and periodic regulatory submittals. These periodic submittals include: the five-year Compliance Recertification Application (CRA) and the 10-year Hazardous Waste Facility Permit Renewal. The EPA is currently reviewing the CRA, which was submitted in March 2019, and both the CRA and the permit renewal application to the NMED are major regulatory activities that will be happening this year. These regulatory activities include the participation of the public. As always, comments from the public are encouraged and expected. 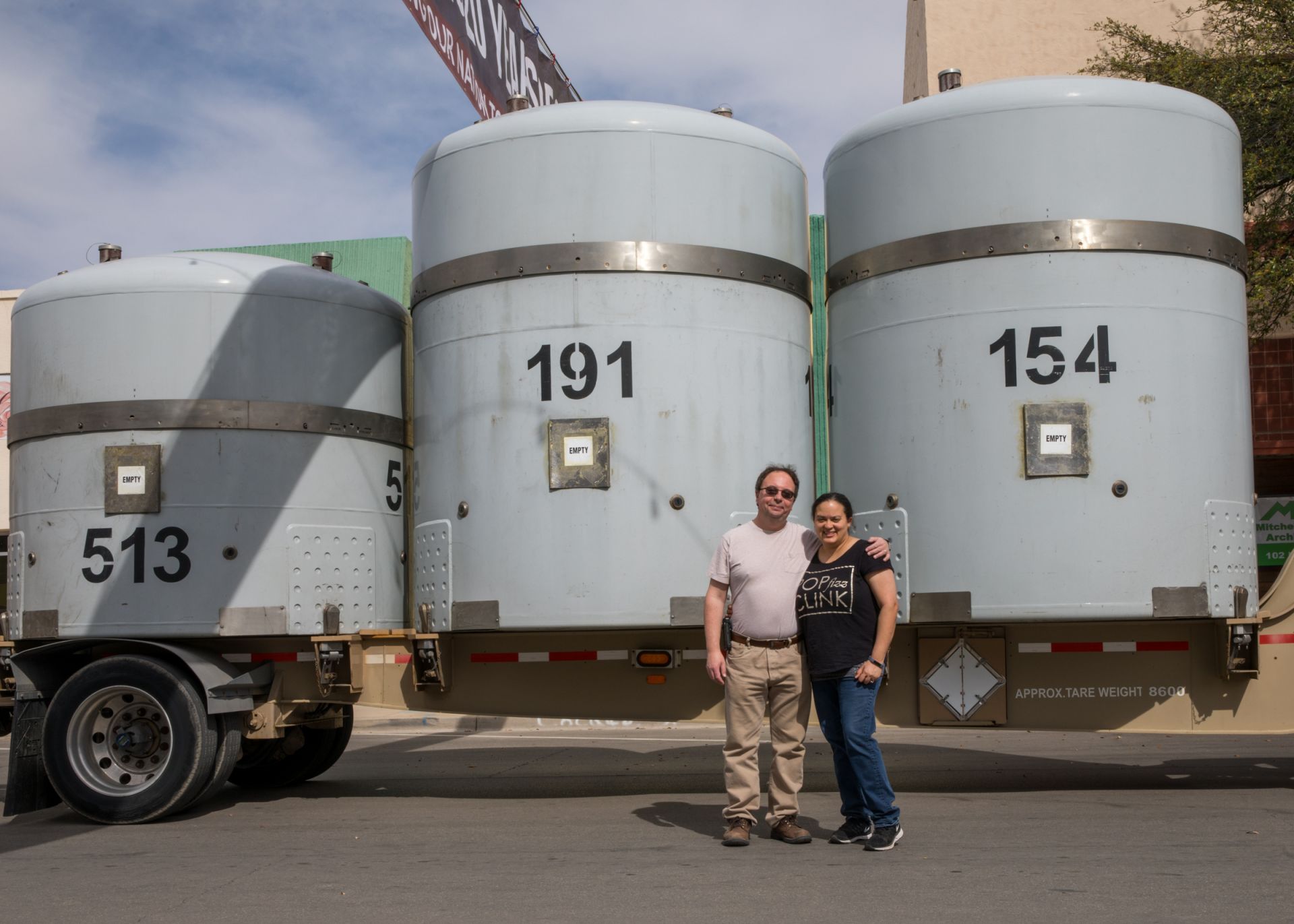 The WIPP Project staff has been leading a sustained and successful outreach campaign along the transportation corridors and in the local communities for more than 25 years. This effort has been instrumental in developing an awareness of the safety aspects of the WIPP Project program and alleviating fear about nuclear waste transportation and disposal. From training first-response personnel along the corridors and providing awareness on radiological protection to giving presentations to civic groups and public officials on radioactive waste, the WIPP Project leadership and workforce has been tirelessly involving, communicating, and educating the public. The WIPP Project will continue its focus on maintaining and strengthening its safety management programs and modernizing the WIPP facility infrastructure, operational equipment, and processes. This work is being done in order to continue to implement the WIPP mission of safe, compliant, and efficient characterization, transportation, and disposal of defense-generated TRU waste.

The WIPP facility is the only permitted, deep geological repository in the country created to clean up TRU waste from the weapons complex and, as such, remains essential to the DOE mission. It has also demonstrated that a centralized waste repository can accommodate shipments across the entire nation from multiple sites. To complete their knowledge of the WIPP Project and the facility itself, readers are invited to access more articles on the WIPP Project in the May/June 2009 issue of this magazine. Many different aspects of WIPP operations are presented: from the role of the salt itself to waste characterization to packaging and transportation to final disposal.

Jef Lucchini is a scientist in the Difficult Waste Team at the Los Alamos National Laboratory Carlsbad Office. Robert Kehrman is a retired senior technical advisor for the URS Corporation. George Basabilvazo is the chief scientist at the DOE Carlsbad Field Office.

The amount of salt mined so far from Panel 8 at the Department of Energy’s Waste Isolation Pilot Plant (WIPP) is a lot. The DOE’s Office of Environmental Management (EM) compared the...

The Department of Energy’s Office of Environmental Management has issued a final request for proposals for a transportation services contract for the Waste Isolation Pilot Plant in...

The Department of Energy has issued a final request for proposals for a 10-year, $3 billion management and operating contract for the Waste Isolation Pilot Plant near Carlsbad, N.M. The...

Do you have TRU waste with characteristics and/or prohibited items not acceptable in their current configuration for transportation and/or disposal at WIPP? Such as liquids, oxidizers,...

Nuclear Waste Partnership (NWP), the management and operations contractor for the Department of Energy’s Waste Isolation Pilot Plant in southeastern New Mexico, announced that it has awarded...

The Waste Isolation Pilot Plant in southeastern New Mexico is once again accepting shipments and processing transuranic waste following a two-month annual maintenance outage. According to the...

The Waste Isolation Pilot Plant's underground repository in New Mexico was evacuated for 13 days in March following an incident at Los Alamos National Laboratory, where a drum being packed...

The American Nuclear Society is urging the National Nuclear Security Administration to rethink its “dilute-and-dispose” plan for managing surplus weapons-grade plutonium. In comments...