How does radiation damage work? 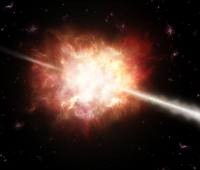 A typical description of what happens when you're "exposed to radiation" sounds scary-a gamma ray slams into a cell! Sounds like something you wouldn't want to have happen very often.

But we are, in fact, exposed to natural radiation all the time, and about 1 percent of our body's 100 million million cells are damaged by natural radiation and repaired every day. Any virginal, undamaged cells in our bodies don't stay that way very long.

Radiation is the least of a cell's problems, however. The process of metabolism-breathing in oxygen to digest our food-causes each cell to be damaged and repaired a million times a day.

Damage by a gamma ray is somewhat different than metabolic damage, but the nature of that difference is understood. Even after accounting for that difference, there is about a million times more damage from the metabolic process than from natural radiation.

A lethal amount of radiation does its job, not so much by directly damaging the cells, but by inhibiting the body's defenses-its damage prevention, repair, and 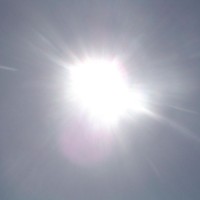 removal processes. But an important implication of this radiobiological phenomenon is that when an organism receives a small gamma dose-e.g., 1 mSv-its damage-control processes are stimulated, not only to repair or remove most of the radiation-damaged cells, but also to repair/remove the much greater number of cells that were altered by metabolism and other causes (including cancer metastases). This is the source of hormesis, the process whereby small amounts of a stressor-whether it is radiation, sunshine, exercise, heat, vaccination, or poison-actually cause beneficial effects.

There is a lot more that could be said about radiation damage. You are invited to contribute your thoughts and concerns on the subject.

For additional information on radiation and uses of radiation, see:

Ted Rockwell wrote his first published article on nuclear technology, "Frontier Life Among the Atom Splitters," for the December 1, 1945, Saturday Evening Post. He was Adm. Rickover's technical director during the first 15 years of the naval propulsion program, while Rickover served as director of President Eisenhower's Atoms for Peace program.  Rockwell then co-founded the international engineering firm, MPR Associates, and the public interest organization, Radiation, Science and Health. He was the first recipient of ANS's Lifetime Achievement Award, subsequently called The Rockwell Award. He is a member of the National Academy of Engineering and the author and/or editor of several books, papers, and patents, including the "Reactor Shielding Design Manual" in 1956,  which is still used as a standard textbook. Rockwell is a guest contributor to the ANS Nuclear Cafe.

Harnessing the promise of radiation: The art of reasonableness

Radiation has benefited mankind in many ways, including its use as an energy source and an indispensable tool in medicine. Since the turn of the 20th century, society has sought ways to harness its potential, while at the same time recognizing that radiological exposures need to be carefully controlled. Out of these efforts, and the work of many dedicated professionals, the principles of justification, optimization, and limitation have emerged as guiding concepts.

Justification means that the use of radiation, from any radiation source, must do more good than harm. The concept of optimization calls for the use of radiation at a level that is as low as reasonably achievable (ALARA). Dose constraints, or limitation, are meant to assist in reaching optimization and protection against harm by setting recommended numerical levels of radiation exposure from a particular source or sources. Together, these three principles form the bedrock of the international radiation protection system that drives decision-­making and supports societal confidence that radiation is being used in a responsible manner.