States' rights and the NRC

In March, Entergy's Vermont Yankee nuclear power plant received a 20-year license extension from the Nuclear Regulatory Commission; the NRC extension ends in 2032. Vermont's legislature, however, voted last year to shut down the plant in 2012, when its state certificate runs out.

Last week, to keep the plant running, Entergy sued the State of Vermont in federal court. There are many contentions in the Entergy lawsuit. One of the most important arguments is that Vermont was attempting to judge plant safety, and therefore pre-empting the NRC's federal role in safety assessments for nuclear plants.

Entergy also filed for an injunction to prevent the state from shutting down the plant while the legal process proceeds.

Pre-emption of the NRC

A while back, the Vermont legislature set up a state-authorized "Public Oversight Panel" (POP) to make a technical determination on whether Vermont Yankee should continue to run or not. Since safety and radiological issues are the responsibility of the NRC, the POP supposedly dealt only with "reliability" issues. The panel called its report a Comprehensive Reliability Assessment.

The panel consisted of four part-time people, one of whom was a lawyer, not an engineer. (For a while, there were five members of the panel, but membership has varied.) The panel also had support from Nuclear Safety Associates (NSA), a nuclear consulting group that prepared a report for the POP and legislature.

After the POP and the NSA had submitted their reports to the state, Vermont Yankee's tritium leak was discovered. The legislature then reconvened the panel for another investigation. The tritium leak was never a reliability issue: it never caused the plant to go off-line, for example. Still, the legislature wanted an investigation. So, the POP met again, wrote another report, and was particularly concerned with whether the plant had given it incorrect information about plant piping. 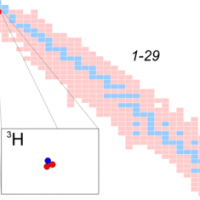 The POP pretended to assess reliability, but in my opinion, however, it focused on safety. The POP quickly abandoned investigating service water issues (which can actually lead to reliability problems) to focus on the sexier work of tritium leaks, strontium in soil near the plant, piping diagrams, backlog of repairs, and "safety culture" assessments. My blog posts at the time were about the search for the piping diagrams. There also was a legal report on who-knew-what about the piping diagrams.

While the POP worked, the plant had a breaker-to-breaker 531-day run and became one of the most high-performing plants in the Entergy fleet. The POP gives a sentence to this "significant achievement" in its report. It doesn't let it affect its "reliability" assessment much.

In my opinion, the POP wasn't doing a reliability assessment. The POP's part-timers attempted to investigate all the things that the NRC sends teams of its own people to inspect, including safety culture, equipment aging process planning, etc. Then, the POP complained that the plant didn't give it enough information, gave it wrong information once about piping, and that it didn't have time to do a really good job.

Well, what did the panel expect? The legislature asked three engineers and a lawyer (Arnie Gundersen, William Sherman, C. Frederick Sears, and Peter Bradford) to do, in a few months of part-time, highly-paid work ($300/hour), what teams of NRC inspectors spend  person-years doing, every year.

Side note: There was a bit of wink-wink, nod-nod about this term "reliability."  I sat in several hearings where a Vermont senator or representative would talk about the dangers the tritium leaks posed to the people of Vermont. Then the legislator would smile at the audience and remind them that "we can't use the s-word (safety)."

I decided I needed to know a bit more about the NRC process, so I emailed Diane Screnci, senior public affairs officer at the local branch of the NRC. I asked her how many person-years of inspections and related oversight the NRC did, per plant per year. She told me that each plant had at least two full-time inspectors assigned to it, as well as other NRC staff. Each plant has about 5000 person-hours per year of NRC inspections. At somewhat less than 2000 hours per person per year, that is between two and three person-years of inspection per plant.

Vermont was not going to be able to do an NRC-level inspection with the POP staff. In the long run, the POP was exactly what it was meant to be: a political tool of almost no technical credibility. The POP was a group of part-timers and a lawyer, attempting to do a safety inspection of a nuclear plant.

Individually, the panel members had varying degrees of credibility. As a panel, it had none. I am not attacking their backgrounds, though why a lawyer was on this panel remains a bit of a puzzle.

Appreciation for the NRC

Watching the POP at work, it was clear to me why the NRC has jurisdiction, and why nuclear regulation cannot be a state privilege. Nuclear energy cannot be regulated by a group of people who may be eager to please their legislative employers. There need to be objective criteria, assessed by full-time experts, in order to keep a plant working well.

Having the internal workings of the plant doubly-assessed, by a group of people chosen politically, could get in the way of plant operations. It could even possibly degrade safety. Part-time inspectors with political agendas? This is not the same as having the Occupational Safety and Health Administration come to the plant. Trained OSHA inspectors go to many industrial facilities.

The NRC catches a lot of guff in the nuclear industry: The NRC is slow to act. The NRC is an expensive, overgrown bureaucracy. The NRC is headed by political appointees.

But still, down in the trenches at the inspection level, the NRC knows what it is doing. The inspectors are trained and professional. They don't have political agendas. They won't accept a cup of coffee from the people they are inspecting.

After watching the POP activities, it is clear to me that nuclear regulation is the business of the federal government. The Atomic Energy Act was the precursor of the NRC, and kept the nuclear safety regulation at the federal level of the government. That is how it must remain.

Thank you, NRC, for your day-to-day professionalism.

Root cause of Vogtle and VC Summer delays

This column was initially published in the October 16, 2014, issue of Fuel Cycle Week and is republished here with permission....

Day 4 of the annual National Nuclear Science week is all about Nuclear Safety....