Last week, the Union of Concerned Scientists (UCS) published a report written by Doug Koplow, titled Nuclear Power: Still Not Viable Without Subsidies, which generated a good deal of discussion and encouraged some observers to parrot the conclusions without reading the document very carefully.

Here is a discussion-provoking quote from the UCS's own press release about the report that I want you to read very carefully:

The key subsidies for nuclear power do not involve cash payments, the report found. They shift the risks of constructing and operating plants-including cost overruns, loan defaults, accidents, and waste management-from plant owners and investors to taxpayers and ratepayers. These hidden subsidies distort market choices that would otherwise favor less risky investments.

That first sentence sounds pretty attractive, especially in an era where fiscal austerity is the trendy attitude in politics. If an industry does not require cash, but provides near-term value such as jobs and skills training, it sounds like it should be worth strong consideration.

The concept of shifting risk is not so attractive, but the situation begs the questions, What is the risk that is being shifted? Is it real, or is it perceived? As an investor, I recognize that there are certain situations that look risky to some people, but if there is a way to get an inside look at the real risks, it is possible to recognize that accepting responsibility can lead to great rewards.

If everyone at a table is overestimating a risk, the person that bets against the crowd can clean up. In the case of accident risks associated with nuclear energy, the real world will favor the entity that bets that the next 50 years will be as safe as the last 50 years. Not only is the excellent track record likely to continue, but detailed probabilistic risk assessments indicate that the next generation of plants will be even better than the ones that are operating today.

The UCS report admits that a major investment risk associated with nuclear energy is the risk of excessive delay in completing the project. It says that the industry has gained a subsidy by shifting the costs associated with that risk to ratepayers and taxpayers. Interestingly enough, the organization that seeks at every step of the process to impose as much delay as legally possible does not look in the mirror and recognize that there are safe ways to reduce the magnitude of the cost associated with project delays. There is no need to shift cost when it can be eliminated.

Here is another quote that I found on page 14 of the report that should provide some comfort to people who are deciding whether or not it makes sense to provide the nuclear power plant construction industry with a hand up.

Aside: Though the UCS and its friends like to remind us all that nuclear energy facility operations is a mature industry that has a 50-year track record, they neglect the fact that the nuclear plant construction industry in the United States has been virtually dormant for 30 years. Component factories, material suppliers, and skilled craftsmen have all found other things to do; restarting the industry is almost like starting from scratch. That effort, though valuable, will not be easy or cheap. End Aside.

Over the course of five decades, many of the policies have been modified or eliminated, and the facilities they helped to build have largely been depreciated. Although these subsidies may no longer affect the cost structure of existing reactors, understanding the scale of historical support is critical in evaluating the distortionary role of government support in shaping the current energy infrastructure.

The report's author is pointing out something that is quite important about nuclear energy-government policies that enabled plant construction during the first Atomic Age provided us with powerful machines that have been fully depreciated in a couple of decades. During those first few years of operation, the government eliminated all operating subsidies. The resulting legacy of enabling policies has given us mortgage-free machines that will operate reliably for several more decades. Their total operations and maintenance cost is lower than the cost of buying fuel for the other kinds of power plants that provide power on demand.

My final word on nuclear energy subsidies in the United States comes from my personal experience in attempting to attract capital for a company whose mission was to produce small modular reactors at a time when few people had ever heard of the concept. Despite more than a decade of searching, the only government programs associated with nuclear energy that my team and I could find were barriers that added to our computed costs and schedules. We never found any programs that were designed to help us gain access to the market, even though the country's leaders frequently talked about the need for clean, reliable, domestic energy sources. 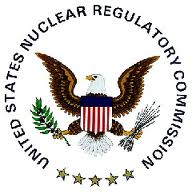 We were told by the Nuclear Regulatory Commission that our initial application fee would be $250,000 and that we would be required to pay $257 for every hour that the regulators spent reviewing our application. We were informed that before NRC regulators could start the review process, we would have to pay them to attend training sessions so that they could understand more about our proposed non light water technology.

Not surprisingly, all potential investors shied away when informed that license applicants pay, but have no ability to control the review schedule. No investor is attracted by a financial model that cannot predict when cumulative costs stop growing and revenue begins arriving.

If organizations like the UCS are honestly concerned about reducing taxpayer subsidy costs for clean, reliable energy, there are things they can do to help eliminate expenses and risks. I do not expect they will take those actions, but that should not stop atomic advocates from pointing out the inconsistencies of an organization that is guilty of both adding financial and schedule risks and then complaining that they exist.

Rod Adams is a pro-nuclear advocate with extensive small nuclear plant operating experience. Adams is a former engineer officer, USS Von Steuben. He is founder of Adams Atomic Engines, Inc., and host and producer of The Atomic Show Podcast. Adams has been an ANS member since 2005. He writes about nuclear technology at his own blog, Atomic Insights.